Globalisation is on the ventilator – Long live globalism!

The world is grappling with a deadly pandemic unleashed on the planet by the Corona Virus (SARS-CoV-2/ HCoV-19). In its wake, the votaries of globalisation who have been espousing the cause of a borderless world of business with seamless flow of international trade, capital and even human resources across the world seem to be stung by a creepy realization whether the paeans sung by them were all worth the effort. More than the social and cultural aspects of globalisation, its economic manifestation in the form of product market integration with concomitant cross-border value chains has been credited with having contributed richly to the growth of the global and national economies. Today, more than half the world has locked down their economic, social, political and cultural activities to arrest the spread of the corona virus that has already infected nearly eight million patients world-wide and claimed over four hundred thousand lives as on the 15 June, 2020.

Amidst murmurs of economic distancing between nations, that are getting louder by the day, the future of globalisation has never been more volatile, uncertain, complex and ambiguous (VUCA), echoing the paradigm that scholars of strategic management cite so often in academic conversations. Perhaps, it is time to search for a more benign and less competitive paradigm of economic and social interdependence that values the human urge to exchange ‘value’ in a win-win mode rather than the fire in the belly form of one upmanship that globalisation has come to represent.

The most strident note in this regard was struck by Roberto Azevedo, Director General of the Geneva based World Trade Organization (WTO), when he went on record with an observation that ‘the COVID-19 has completely upended the global economy and with it international trade’. The global trade body projected that „trade in 2020 will fall steeply in every region of the world, and basically across all sectors of the economy”. The European Union is under severe duress as Italy has formally complained of lack of support from fellow members in the face of the pandemic and many countries including Australia, India and Spain are rewriting their foreign investment rules to fob off what they see as foreign raiders from China who are busy scouting and shopping for ‘distressed assets’ in this time of unprecedented human crisis. Chaotic reports of medical supplies destined for one nation being appropriated by another would have seemed bizarre only a quarter ago With developed and developing economies battling recessionary pressures, clearly, the post-COVID world is unlikely to be the same.

Context and Character of Globalisation

The pandemic and its associated stress being experienced by the world may neither be the direct cause or consequence of globalisation. However, it would be naïve to dismiss any link between the two. The socio-cultural, economic and technological context for globalisation was set by a huge body of literature in economic and trade theory of the last half a century that emphasized unbridled access to capital, goods and services as the key to accelerated economic growth and alleviation of poverty. Theodore Levitt, famously argued in an article for the Harvard Business Review (May, 1983) that “everywhere, everything gets more and more like everything else as the world’s preference structure is relentlessly homogenized…This makes the multinational corporation obsolete and the global corporation absolute”. As corporations began to compete fiercely for global competitiveness, the nation-state soon became a part of the rat race for trade supremacy which also provided a conduit for political hegemony. Developing economies of Asia and Africa were left with little choice but to jump on the bandwagon called globalisation during the nineties, with liberalisation and privatisation as integral parts of the package of structural reforms.

The character of globalisation rapidly became synonymous with competition and competitiveness at all levels –nations, corporations, societies and individuals, as its leitmotif. Neither the East Asian crisis of late nineties nor the global financial meltdown triggered by the American sub-prime crisis in the last decade, dampened either the spirit or the scope of globalisation. In their search for competitive advantage to meet the rising expectations of investors and stakeholders, corporations and their executives found it convenient to prioritize ends over means. The manner in which regulatory institutions for good governance have been systemically subjugated and influenced in recent decades by powerful corporations, presents a ubiquitous and infectious picture of shared learning and practice. The degree may vary but the sabotage that processes designed to protect and preserve healthy public opinion have suffered, across nations and regions, is a refreshingly familiar narrative- an absolute global product. It took a virus to halt this dystopian juggernaut. Globalisation, howsoever transient it might prove to be, seems right now on the ventilator.

A new world order is, indeed, the need of the hour. This economic ‘respite’ in the back drop of fractured global and local supply chains, disrupted industry value chains and loss of livelihoods and employment for millions of people should direct us to pause and reflect on how the new world order could potentially be shaped.

From Globalisation to Globalism

The picture of globalisation etched above does not seek to attribute entire blame to the COVID crisis. There is ample evidence to support the advancement of transnational and global cooperation for the good of humanity. It is just that the eerie silence generated by the pandemic does not give the comfort to believe that such outbreaks will not repeat in future or that the trade wars and rivalries that erupted in recent decades do not bear any nexus with the virus. The conspiracy theories and video clips doing the rounds in the social and even some mainstream media should be ignored with all emphasis that one can command.

Yet, it would be prudent to revisit the paradigm of globalisation. This review is not aimed at hindering or reversing its flow but is an effort to impart a more humane form to the spirit and scope of globalisation. This would ensure protection of the vulnerable, so that the bakers and brewers of the world; the small holding farmers and landless farm hands; the hawkers and push carters; or the large swathes of marginalized sections of the society who subsist on tenuous income levels of one or two dollars a day, do not have to negotiate their right to survival just because trade negotiations between nations break down. This plea is understandable to anybody who has watched the poignant televised images of tens of thousands of migrant workers in India, walking back on crudely bandaged feet to their native villages, with shambolic head loads of baggage accompanied by women and children trudging along, in the aftermath of the lockdowns following the Corona outbreak.

We may need a new moniker and a restructured institutional umpire to breathe some fresh air of compassion and conciliation in to the lungs of our trade strategists and leaders. At the beginning of this century, R. Keohane and J.S. Nye Jr had conceived ‘Globalism’ as a more generic phenomenon involving networks of multi-continental interdependence to facilitate economic, social and cultural exchanges but sadly the term ‘globalism’ came to be interpreted more as a measure of the core phenomenon viz. ‘thickening’ or ‘thinning’ of globalisation. Even if it means adding to the lexicon of ‘isms and schisms’, the new world order may embrace globalism as the way forward. Subtly different from globalisation, it would redefine trade relations and product market positioning based on a sobering paradigm of trust and interdependence rather than cold calculating models of tariff and non-tariff barriers between nations. Similarly, firm level competitiveness must be predicated on co-opetition, which implies competition tempered by complementarity rather than no-holds barred competition, that is fierce and uncompromising. For globalism to succeed, the WTO might need to be reinvented as the World Trusteeship Organization to promote and umpire a more benign trade regime, based on a renewed spirit of cooperation and co-existence. We do not know where and in what form the next global threat will manifest but we cannot lose sight of the lessons that the COVID crisis offers to inform the new world order. Long live Globalism! 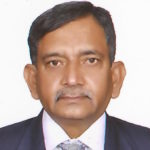 Professor of Strategy and Director at the Development Management Institute, Patna, India.