UN reform and the COVID-19 pandemic – what role for the UN to better serve the world?

The Covid-19 pandemic not only threatens to undo development gains and reverse progress in achieving the sustainable development goals of the 2030 Agenda. It also presents an early and serious test for the reform of the UN development system (UNDS), where major reform decisions were taken in 2018 to reposition the UNDS for improved, integrated and strategic support in line with the 2030 Agenda’s interlinked nature.

2019 was a transformational year for the UNDS, as reforms were implemented and began to take root. Therefore UN Secretary-General Guterres’ annual report on the UN development system was eagerly awaited. The report can be seen as a near midterm-review of the ongoing reform of the UNDS, written at the onset of the Covid-19 pandemic. While self-confident about the success in reform implementation achieved so far (such “positivity” is of course in the DNA of the UN), the report is also self-critical regarding shortcomings and hints at looming challenges.

The reform is “on track”, says the Secretary-General. An UN DESA survey among UN Resident Coordinators and developing country governments demonstrates measurable improvements on the ground. In some areas, such as the reform of the Resident Coordinator system, progress is faster; others such as the efficiency agenda and the reform of the UN’s regional structures prove to be more difficult and require “ongoing leadership from all involved.”

This frankness about shortcomings is laudable. Reform enthusiasm of UN entities cannot be taken for granted, warranting continued coordinated support from member states. Nor are member states fully on track for meeting their commitments made in the UN Funding Compact (agreed in 2019). Increases in the share of core funding or softly earmarked resources are key enablers for a reformed UNDS. Yet funding for instruments such as Joint SDG Fund falls short of what the Funding Compact calls for.

At the heart of the reform is the Resident Coordinator system, which has been detached from UNDP and now operates under the direct leadership of the Secretariat, with authority over the (on average 18) UN entities active in every developing country. A clear majority of 75% of Resident Coordinators report that they can make final decisions on the distribution of common resources, up from 61% in 2017. Developing countries confirm this. 79% of the governments surveyed agree that the Resident Coordinator “effectively leads and coordinates”. Interestingly, however, this number is down from 92% in 2017, which was before the reform.

The “UN Sustainable Development Cooperation Frameworks”, which comprise the UN agencies’ collective response to country’s needs, are a key element of the new ways of planning and working together. They are not novel, but rather a new currency, after the old one (the UN Development Assistance Frameworks, known as “UNDAFs”) suffered from inflation. The UNDAFs were too often just a compilation of all activities planned by individual UN entities. The Coordination Framework’s explicit focus on transborder and regional work though is new and could strengthen the UN’s comparative advantages. Most of the UN’s development work has been heavily compartmentalized, yet transborder issues – not least the Covid-19 pandemic – could amplify the UN’s development offer.

The reform of the UN’s regional structure, where a simplification of the coordination mechanisms was decided but not yet implemented (among other things), can be expected to further advance this aspect.

On efficiency, a key interest in particular of donors, progress is slower. A goal was set to achieve savings of USD 300 million per year. More work remains to be done for the prospect of achieving this target. If the USD 300 Mio. are big or small, depends on the perspective (its approximately 1 % of the UNDS’s total annual expenditure). The more important aspect is probably that greater efficiency translates into smoother inter-agency coordination. A system is promised to go online in the second half of 2020 that tracks efficiency gains.

On transparency and results-orientation – an ongoing concern for decades – the report presents a whole bundle of achievements, initiatives, and priorities. In our recent report on earmarking in the UN, we concluded that there is still vast potential to improve transparency, in particular on funding and results. Currently, only UNDP provides project-level transparency. Project and programme evaluations are a good window in the UN’s field work, but are available only for a fraction of (UNDP) projects and country offices, and only after the completion of activities. The new UN Info will provide system-wide data on funding flows and activities of the UN within individual countries and might help address this transparency gap.

The report is surprisingly ambitious in the sense that it demonstrates the willingness to go beyond consolidating what’s been achieved, even at the onset of the pandemic. The Secretary-General asks member states to raise the bar in their guidance to the UNDS and spell out the functions they see for the UNDS in more detail. So far, the current UNDS reform process was about institutional structures and processes, but there was an almost striking neglect of the question what policies the UN should pursue. The concentration rather on the form than the function of the UNDS also partially explains the success of this reform round – previously, member states failed to agree on priorities.

Support for national policy-making is one issue singled out by the Secretary-General – and rightly so as here the UNDS has a potential advantage over bilateral donors in supporting governments in finding integrated solutions for sustainable development in line with global agendas. All UN organisations present themselves as “policy” institutions that address root causes, help shape policies, and strengthen fundamental rights. “The UNDS will need to support governments with policy options and technical advice to make difficult choices.” This could mark a turning point in “delivering things” to “delivering thinking” (UNFPA).

Perspectives on policy-making and the UN’s advantage

Policy work is not easy. It’s hard to measure, takes time and can be politically risky as it requires balancing and shaping interests within a society. It is much easier to excite donors about implementation and service delivery work. But UN evaluations consistently point out the flaws in such downstream work: It often reaches only a relatively minor subset of the population and tends to have little effect beyond the duration of the intervention. Pilot projects are often not scaled up as planned.

Based on the survey of partner governments, the Secretary-General also challenges member states to provide guidance on the UN’s substantive policy areas. The UNDS clearly has its SDG darlings and orphans, the latter include SDGs 9 (infrastructure), 11 (settlements) and 12 (sustainable consumption). Those identified for a marked upgrading to respond to the articulated needs are SDGs 1 (poverty), 8 (economy) and 13 (climate).

The Secretary-General’s request to clarify the UNDS’s functions provokes a more fundamental question about the role of the UN: Should the UN be that global multilateral body where everything it does flows from and serves the common interest, or should it be a service provider, collectively owned, but optimized for meeting the various specific needs of (developing) states? The report also uses the term “global public goods” and ask member states to address the UNDS’ contribution to the Agenda 2030 implementation in states that are not traditional programme countries. The Covid-19 pandemic might provide an impetus to rebalance the UN more to its global functions. 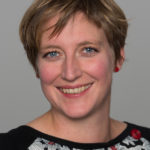 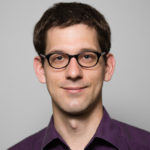 is Political Scientist and a Senior Researcher in the Research Programme "Inter- and Transnational Cooperation" at the German Development Institute / Deutsches Institut für Entwicklungspolitik (DIE).