Learning from the Afghanistan debacle – But what exactly?

With the takeover of Afghanistan by the Taliban only a few weeks after the withdrawal of international troops, the mission failed to leave behind stable functioning state structures which would be resilient enough to withstand military pressure from the Taliban, care for the population and be respected by it.

The failure in Afghanistan casts doubts over the usefulness of military interventions and state-building driven from the outside. However, assuming that not all interventions are doomed to fail, what lessons can be drawn for ongoing counter-terrorism coalitions in the Sahel or Lake Chad region as well as for peacekeeping operations encountering terrorist and militant groups? I propose five reflection points:

We need an open, honest and nuanced debate around the effectiveness of military interventions which includes peacekeeping operations and counter-terrorism coalitions. Simplistic messages like ‘peacekeeping works’ or ‘military interventions are generally harmful’ are not helpful at all! It is neither acceptable to let terror groups spread without militarily containing them nor can we simply turn away from the deadlock situation in which many international mission find themselves in.
Peacekeeping operations are increasingly deviating from basic principles such as host-country consent, minimum use of force and political neutrality. This results from the splintering of militant groups, increased terrorism and often weak domestic governance structures. The majority of recent missions (Central African Republic, DRC, Mali, South Sudan, Somalia) face an environment displaying persistently high degrees of violence (even after years of deployment) and no clear exit strategy. Such a situation is not sustainable! The risk of donor fatigue in the civilian sector, a gradual withdrawal of troops and losing support from the local population increases over time.
Comprehensive mandates comprising of a mix of peace-building, peacekeeping and nation-building instruments are often desirable but not implementable in the medium term. Realistic achievable mandates need to be designed which should not be seen as a form of downsizing or anti-liberal defeat. It is rather a question of what goals should be prioritized and can be achieved realistically. As the UN Secretary-General aptly formulated it by “attempting too much we dilute our efforts and weaken our impact.”¹ Mandating 209 tasks for the UN Mission in South Sudan is over burdening the operation. “Mandate inflation” needs to end.

The amount of resources spent for conflict resolution matters far less than the ability to have broad-based local buy-in for international operations. Simply said, no amount of resources (military or civilian) is likely to override local ‘deficits’. Broad-based host-country consent which extends beyond domestic elites, cannot be bought through international aid. If the impression of predominance of external interests prevails, programmes are merely executed on the population but not developed with them. Where it is lacking, sustainability of progress is in jeopardy. Past debates around peacekeeping effectiveness have concentrated too much on resource supply and too little on ownership.

Most peacekeeping missions and counter-terrorism coalitions are in deep crisis but this has not triggered much concern among troop contributing countries or multilateral organizations. As of now there is too little awareness of the fragile situation in which we are in. In the Sahel the security situations has not improved markedly since the setting up of the G5 Sahel Joint Force. In the Lake Chad Basin, the fight against Boko Haram is not progressing further despite initial gains. In Somalia, Al-Shabaab cannot be defeated militarily. As long as military operations continue, much needed governance reforms are often marginalized. Excessive investment in armed forces is upsetting the military/civilian balance to the advantage of the former. In extreme cases political systems get militarized resulting in unnecessary use of force against civilians or increasing the likelihood of coup d’états (Mali 2021). In both cases national forces turn out to be threats to the population which they are sponsored and trained to protect while at the same time the terrorist threat is not dissolving.

There is a real crisis of governance. This crisis does not only manifest itself at the local level (the inability of host-countries to erect stable and fair governance institutions) but is also a crisis of the international community which fails in state-building. Even less military heavy UN peacekeeping operations are hardly able to kick start country-wide governance improvements.² In other words these missions are not able to deliver. In the long-run the absence of profound governance improvements bears the risk of relapsing into armed conflict. The goal should be to support building communities which are able manage conflicts on their own.

The character of many conflicts is shaped by complexity which means a high degree of uncertainty over outcomes and non-linearity. These kind of conflicts often do not produce clear winners. Influencing them from the outside is possible, but steering capacities remain limited. However, the response to conflicts is often guided by the implicit belief that, only with the right instrument and enough resources available, a solution can be enforced or administrated. Such a thinking is not likely to succeed. Instead of delivering solutions, these need to be generated within the specific conditions in which conflicts are taking place. In the end, conflict resolution is shaped by self-organization. Accepting these realities by international donors of not being the key drivers of change but merely the facilitators of slow gradual change often clashes with the too high expectations international organizations have created in order to receive donor support.

The overall situation is uncomfortable, but not hopeless. There are no quick or easy solutions and no deployment can guarantee success. Critical for progressive change is the awareness that the underlying problems cannot be fixed through throwing more resources at conflicts. The very nature of the problem only allows external interveners limited impact. Instead of working with too comprehensive mandates missions need to focus on achievable goals and manage international and host-country expectations accordingly. Achieving military goals such as pushing back militants are not sustainable if governance structures are not embedded in society. The problem is that train-and-equip programmes for national armed forces often seem to deliver quick results while governance and societal support and domestic transformation are lagging behind considerably. Bridging this time gap should be prioritized. 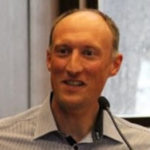