Mexico’s back-tracking on energy policy, the European Union and the COP26

As the 26th UN Climate Change Conference of the Parties (COP26) in Glasgow approaches (31 October to 12 November 2021), Mexico’s Congress discusses a controversial proposal to modify the Constitution in the electricity sector. This legislative change would give primacy to the Comisión Federal de Electricidad (CFE), a state-owned company, effectively crowding out private producers and eliminating independent regulators. The discussion takes place in a highly polarised political context, with the government arguing, in full nationalist fashion, for the need to take back control of a strategic sector that was opened to private and foreign investment with the 2013 Energy Reform. The weak and fragmented opposition and environmental non-governmental organisations (NGOs), like Greenpeace, criticise the effects this will have for the private sector, investor confidence and the ensuing litigation by the affected companies, higher prices to the final consumer, and, of course, the environmental implications for the reduction of green-house emissions.

The introduction of electricity generation with renewable sources (solar and wind), which increased from 3% to 9.4% between 2015 and 2020, was achieved primarily through private investment, notably from European and Canadian companies. This trend is now being reversed, as the expansion of solar and wind capacity has slowed down since 2020, when a new regulatory framework for the power sector was introduced, and no new capacity is planned until 2027. Meanwhile, only 32% of CFE’s electricity production comes from renewables and, in aggregate, 75% of Mexico’s electricity still comes from fossil fuels. If approved, the Constitutional change would reverse the progress achieved so far.

At least, the proposed reform is putting the discussion on climate change and de-carbonization on the public agenda, where it has been conspicuously absent. In fact, President Lopez Obrador’s environmental agenda is rather limited. It focuses on the project Sembrando Vida, which consists of paying rural populations to plant trees – so far with underwhelming results. Instead, the government has prioritized energy self-sufficiency based on fossil fuels, through massive funding for the state-owned Mexican Petroleum (PEMEX).

For the EU, Mexico’s changing energy policy is of great concern for two main reasons. On the one hand, because of the implications of the European companies that have already invested in the renewables sector and now face legal uncertainty. On the other, at a more general level, the EU is worried about the difficulties this policy change poses for Mexico’s international commitment to fight climate change.

The 22% CO2 emissions reduction proposed in Mexico’s 2015 Nationally Defined Contribution (NDC) was based on the energy sector reform, especially the introduction of renewables in the electricity sector, as well as the introduction of cleaner fuels. However, given the current government’s energy policy, Mexico has not proposed a more ambitious 2020 NDC, up for review in Glasgow in 2021, as stipulated in the Paris Agreement. In fact, the new NDC revised the business-as-usual (BAU) scenario upwards, which means that achieving the 2030 target would result in higher emissions. Thus, Climate Action Tracker, moved Mexico’s pledge from “insufficient” to “highly insufficient”, lowering climate ambition and transparency.

As a result of these energy policy changes, Mexico’s international position is shifting, from the leading developing country it was in the effort against climate change, towards emphasis on adaptation, closer to the G77 views. At the COP26 it will be demanding financial support for Latin America and the Caribbean from international and regional institutions as a condition for intensifying its policies, as Foreign Minister Marcelo Ebrard stated at the CELAC (Comunidad de Estados Latinoamericanos y Caribeños) summit hosted by Mexico last September. More worryingly, no high-level officials are to attend the summit in Glasgow in November.

Still, in contrast to these trends, Mexico continues to pay lip service to environmentalism in other international fora and from other angles. For example, it recently co-sponsored and voted in favor of a resolution at the United Nations’ Human Rights Council recognizing the right to a clean, healthy and sustainable environment. Moreover, it is promoting the expansion of Sembrando Vida as a key cooperation tool with Central America. Mexico is also committed to strengthening the global framework for biodiversity and subscribes to a green recovery from the COVID-19 pandemic.

What role for the EU?

Despite the Global Agreement between the EU and Mexico, in force since 2000, and the Strategic Partnership since 2007, which includes a high-level dialogue on climate change, relations are not going through their best moment, as both sides’ priorities shift apart. The last high-level meeting of the dialogue on climate change, which used to take place yearly, was held in 2019, and the one that was supposed happen in October 2020 has been postponed indefinitely. Instead, discussion of the matter has been grouped with other issues, such as the Agenda 2030, the drugs problem, gender equality, and migration during the first high-level meeting on multilateral issues, a year ago.

Sectoral interaction with the Federal government has become increasingly difficult for the EU in matters related to climate and energy policy. The main interlocutor used to be the Ministry of the Environment (SEMARNAT), but it has suffered severe budget cuts in the last three years, drained of bureaucratic capacity, expertise, and political standing. Dialogue with the Ministry for Energy (SENER) is non-existent, and European ambassadors have complained to the Senate for not consulting stakeholders before changing the legislation in the electricity sector in April 2020.

The EU, its member states and the United Kingdom continue to be regarded as a source of funding, expertise and technical support, but dialogue on climate change has narrowed down to the Foreign Ministry, and within the frame of multilateral issues. Thus, EU bilateral environmental cooperation with Mexico continues, but it is now focused on state and local initiatives, as well as with other actors from civil society with whom cooperation is still possible. Examples of current cooperation include a project called “Chihuahua Green City”, in collaboration with the major and business associations, and a training course for young Mexican leaders in favor of climate action and biodiversity.

In the future, Mexico which is an open economy that depends on exports, will probably face difficulties when the EU starts demanding environmental certifications to allow entry into its market and imposes the carbon tax proposed in the EU Green Deal. Therefore, the EU should work with Mexican exporters’ associations and other local actors to increase their awareness of the coming changes that will affect their business and help them to adapt accordingly. Ratifying the recently signed EU-Mexico Agreement (2020), which includes a new chapter on Sustainable Development, would also provide additional tools for the EU to encourage Mexican compliance in this increasingly controversial issue. 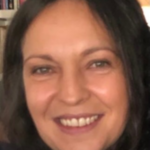 Lorena Ruano is a Professor of International Relations at the Centro de Investigación y Docencia Económicas (CIDE) since 2003 in Mexico City. Her research and teaching have focused on European integration and relations between Europe and Latin America, with numerous national and international publications.