A structural shift is underway, running much deeper than the so-called trade wars that have been triggered by the US administration. Evidence of this trend starts to abound. In the past months, measures have been taken in places such as the US and the EU which will discourage the inflow of certain foreign investments, global companies have been induced to restructure their supply chains following geopolitical considerations and an increasing number of countries have been dismissing infrastructure projects with foreign funding.

These events defy the rationale that has underpinned economic relations for the past decades. We expect countries to go to great lengths to attract foreign investment, that global supply chains are structured across the world according to cost-effectiveness criteria, and that funding for needed infrastructure is received with open arms.

Welcome to globalization in the age of great power rivalry.

This age seems to be defined by the US-China dispute for the (re)organization of the global economy. It has much more to do with the control of strategic assets —technologies such as artificial intelligence, key inputs such as energy sources for electric vehicles, and command over connectivity, physical and digital— than with moving goods globally. This dispute is creating ripple effects, as witnessed by the debates in the EU on the establishment of an investment screening mechanism.

A new normal in global politics?

We are witnessing what might be the first steps in a new stage of globalization. Still, some of its features are becoming gradually salient. Prominent among them is the assertiveness of states in trying to unilaterally reduce or manage in some way their exposure to the interdependence underlying the global economy. Thus, for instance, governments increasingly tighten control of mergers and acquisitions or public procurement bids with the purpose of inhibiting access of foreign firms to crucial technologies. Additionally, the internet, once hailed as a space deprived of borders, is now fraught with digital fences that suggest the rise of spheres of influence for both strategic and non-strategic purposes. Finally, states seek to enlist private companies in the pursuit of strategic, non-market-oriented, goals.

Even when supported by carve-outs in international rules, such as national security exceptions, a different game is underway. It is playing out in an arena that merges economic and strategic elements and employs different assumptions from the ones we grew accustomed to observing in economic relations until now.

These events put global economic governance under strain. It is telling that most of these shifts are taking place outside the existing global governance settings, such as the WTO —with the notable exception of the debate on the measures applied by the US under Sections 232 and 301.

Yet, for all their shortcomings, the institutions, rules and processes that shape global economic policies have provided a sufficient degree of stability and widespread benefits for all countries, albeit unevenly distributed. Can global economic governance continue to perform this role?

The possibility of global economic governance hinges on its capacity to adapt to persisting, current and future challenges, as detailed below. It will need to be a different governance. But, as Amrita Narlikar rightly points out, there is a “demand for a re-thinking and re-negotiation of globalization”. This demand will need to be met.

Firstly, one of the most immediate challenges is precisely the clash between the two types of capitalism that underlies the US-China rivalry. To be sure, state capitalism has existed for long and, while it has gained more visibility in the aftermath of the 2008 financial crisis, it is particularly the Chinese state-led model that has been singled out as a reason to update a number of economic rules.

The conflicting views of US and China were on display at a recent WTO General Council session, where the US Ambassador charged that “China has not been moving toward a fuller embrace of market-based policies and practices since it joined the WTO in 2001.” In response, the Chinese Ambassador stated that “China has been vigorously exploring a road of market economy which suits China’s own national situation and circumstances (…)”.

This is a critical debate that begs the question on the need to adjust the current trade rules. Are they balanced and effective? Will a solution be possible at the WTO?

A second, and persistent, challenge is that of inequality —both across and within states. Global economic governance still lacks a proper response to it. It raises the legitimate question of whether the rules as they stand cater to the interests of the majority of the population or of a small number of actors well-equipped to lobby their governments. This is not a new a question, as a number of developing countries have been contesting what they consider unbalanced rules in areas such as patents for pharmaceuticals and investment protection – not to mention agricultural subsidies provided by rich countries.

This brings forward the third challenge to be addressed by global economic governance: inclusiveness. Although the relations between the US and China will necessarily be a key factor in understanding the future of the global economy, the world is likely to become even more multipolar than it already is. Decision-making in global economic governance should also be multipolar. The upgrade of the G20 to a forum at the highest political level is an example in this direction. It would therefore be an unfortunate step backwards to believe that fundamental debates —such as the WTO reform— should be dealt with as if the world still revolved around a small number of developed countries plus China.

The emergence of great power rivalry, such as the recent US-China trade war, does not remove from the table the need to address concerns with inequality and inclusiveness as conditions for the persistence of global economic governance.

Finally, global economic governance should be able to provide responses to the challenges that begin to emerge from the digital economy. The dissemination of many of its applications —e.g., artificial intelligence, 3D printing and big data— is likely to bring about considerable disruption to the global economy, in particular for developing countries that have joined global value chains as providers of cheap labor.

In sum, there is no shortage of challenges. What seems to be elusive is a consensus to update and reinforce global economic governance. It will take leadership to confront both the domestic discontent with globalization and the great power struggle we witness. But if recent history serves as an indication, the establishment of the G20 as a forum for world leaders shows it is possible to shape up to collectively address problems of a global scale.

The persistence of global economic governance is by no means a foregone conclusion. An alternative scenario is that we see the emergence of spheres of influence on certain issue-areas, where actors with power to go it alone opt for dismissing any multilateral solution.

It is not only possible but highly desirable to have global economic governance. But it will likely be a different type of governance, and we should be ready to embrace it. The alternative of a fragmented order is hardly a better option.

The views and opinions expressed in this article are the sole responsibility of the author and do not necessarily reflect the positions of the Government of Brazil. 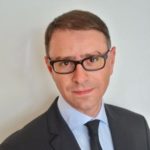 Henrique Choer Moraes is a Diplomat at the Ministry of Foreign Affairs, Brazil, and a PhD candidate at Leuven Centre for Global Governance Studies, Katholieke Universiteit Leuven.