The G20 @ 10 conference: Assessing the benefits, limitations and the future of global club governance in turbulent times

In Buenos Aires on 30 November and 1 December 2018, the G20 is having its 10th anniversary as a summit format at the leaders’ level. On 14 and 15 November 2008, this previously-obscure group of finance ministers and central bankers of the nineteen most “systemically relevant” countries and the EU was transformed into a forum for international leaders to meet with a view into the abyss of the global financial crisis that originated in the US and spread fast across the world. Ten years and 12 leaders’ summits later, the G20 has moved beyond its 2008-09 role as a crisis-management forum and became the self-described “premier forum for […] international economic cooperation.” In this capacity it is now facing new demands to tackle global challenges such as climate change, digitalization and pandemics. As its agenda has expanded and the urgency of the crisis fades, the G20 faces questions regarding its relationship to other formal institutions of global governance, such as the United Nations, its effectiveness in dealing with global challenges as well as its legitimacy and accountability vis-à-vis its people and the 174 non-members.

At the G20 @ 10 Conference, organized by the German Development Institute / Deutsches Institut für Entwicklungspolitik (DIE), together with Chatham House and the Shanghai Institutes for International Studies (SIIS), we took the occasion to reflect on the role of the G20 in its tenth year of summitry from both academic and policy-making perspectives. The conference brought together researchers of various disciplines, high-ranking government officials and experts from international organisations representing a broad range of G20 and non-G20 countries.

One of the purposes of the conference was to take stock. There are quite a number of policy areas where the G20 achieved results fall short of its ambitions. A prominent example is the anti-protectionism pledge adopted during the crisis, which may have been successful in averting a trade-war in 2009, but was never adhered to as rigidly as the language implied, and in 2017 was removed from the annual communique entirely. Yet, the G20 has achieved significant policy successes, beyond their crisis-management role in coordinating large stimulus packages and regulating financial markets. The G20 has helped to bring about the Base Erosion and Profit Shifting (BEPS) initiative to prevent the eroding of tax bases, installed an agriculture market information system with a view to reduce food speculation and helped to build a consensus on the need to reform international investment policies to facilitate investments. Above all, the G20 has become the most visible forum for integrating rising powers into the global governance framework, and acknowledging the fundamental shifts in global power in a way that institutions such as the G7, UN Security Council and IMF were either unable or significantly delayed in doing. The G20 has also developed a structure of engagement groups and observer statuses that allow it to engage with non-members and societal actors such as business, labour, non-governmental organisations and think tanks.

Legitimacy of the club

One of the core debates at the conference evolved around the very legitimacy of this “club” and how it was derived. While the G20’s policy outcomes were undoubtedly helpful in immediate response to the global financial crisis, the current mandate to undertake action on the broad range of current global challenges is significantly less clear. The annual rotating presidency of the G20, has led to a proliferation of policy initiatives being adopted at the leaders’ summits, waiting for follow-up during subsequent presidencies. However, it is not clear the extent to which this format creates peer pressure to deliver on these relevant policy challenges, or diluted the ambition of the proposals. Additionally, the transmission mechanism to expand these policy innovations beyond the G20 was often either unclear or depended simply on leveraging the G20’s bias towards ‘bigness’ at the expense of non-members. Conversely, some voices suggested that the peer pressure mechanism may be especially effective in motivating emerging countries, incentivizing them to “present something” during global meetings such as G20 summits in order to be accepted as truly global players.

Legitimacy might also be provided by the (supposed) efficiency of its informal format for deliberations. This is an oft-repeated argument in debates about the club governance, in particular in contrast to the UN system with its 193 members and a vast number of sub-organisations. However, the G20 process is increasingly institutionalized too, calling into question its advantage of informality and agility. For example, in preparation of the Buenos Aires Summit at the end of this month the Argentinean host counted more than 50 meetings including finance ministers and central bank governors, Sherpa’s and finance deputies, line ministers and delegates of various working groups. Some conference participants, therefore, argued that the G20’s agenda should be reduced to the items that leaders find relevant and want to actually talk about in a kind of informal “fireplace chat”. Others stressed that the value-added of the G20 as a group of major economies should be on “actions” setting examples for others.

Furthermore, can the G20 still bank on its efficiency with a highly reluctant US government at the table? A term often used during the conference was that of “G19+1” as a makeshift in highly contentious policy areas. However, an increasing number of G20 members are leaning towards my-country-first policies, and the weakening of the importance of the unanimity of the comminque may weaken the effectiveness of the whole institution, as it would open the door to more G 20-minus-X coalitions with increasingly large X’s. It is far from clear why reluctant members would come back in line with the rest of the G20 once this principle is breached, while at the same time undermining the G20’s importance in issues where global cooperation is necessary for success such as how climate change can be avoided. The fate of the G20 as an effective forum in this my-country-first environment therefore remains an open question.

The G20 as a governing system

An alternative view discussed at the conference was the increasing formalization of the G20 as a governing system, with additional deliberations at working-group level and in an increasing number of “outreach groups”, such as Labour20, Women20, Business20, Youth20 or Science20. The Think20 in particular, a network of think tanks that provide policy advice for the G20, was discussed as a particular forum of transnational deliberations which might provide a more rigourous source for globally-accepted evidence-based recommendations that would be harder for leaders to ignore.

However, to actually serve this purpose to hold the G20 to higher standards, the Think20 needs to further professionalise its research and policy analysis process and increase the incentive for more high-ranking think tanks and experts to participate and engage thoroughly in the process. Furthermore, in particular in light of the demands of the Agenda 2030 for Sustainable Development, breaking up silos is not only necessary for the G20 and its work streams but also for the Think 20 researchers which also often still work exclusively in topical areas and do not mingle across disciplines.

As a sub-grouping of sorts, the T20 Africa Standing Group was discussed as a specific forum of transnational interaction, where G20 and African think tanks discuss the impact of the G20 on the African continent, both the G20’s dedicated actions and the unintended consequences of its (in)action on certain matters relevant to the continent’s development. While recent initiatives of the G20, such as the Compacts with Africa, were considered a step up in G20 engagement with Africa, it was highlighted by several speakers that African concerns are not separate from other workstreams across the T20, and it is unwieldy for these concerns to either be dealt with separately, or advocated disproportionately by South Africa, as the one African G20 member. One speaker highlighted the need for African leaders to engage more with the G20 and other international fora with the words “If you are not at the table, you find yourself on the menu (of deliberations)”.

Summitry might have its shortcomings and can be mocked as a mere photo opportunity. Yet, however imperfect the setting of the G20: the continued dialogue amongst the largest economies and various bilateral meetings at the occasion of G20 summits seem to make the setting useful for policymakers – and for analysts who engage with global governance. The G20@10 conference aimed at building on the success of the Think20 by offering a space for researchers to engage with each other and policy makers. We indeed saw the exchange as stimulating and aspire to continue the exchange on a number of aspects of the G20 and its engagement with and role in global governance.

Matthew Oxenford is a Research Associate in the Global Economy and Finance Department at Chatham House. 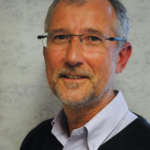 Stephen Pickford is an Associate Fellow in the Global Economy and Finance Department at Chatham House. 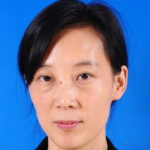