After the G7 summit in Canada it is questioned whether the global summitry, be it G7 or G20, can have any value anymore or whether it should be scrapped altogether, at least as long as cooperative multilateralism is regarded as useless by the largest economic and military power, the US. Is there anything substantial to be expected from the next G20 Summit in Argentina in November this year or from the next G7 summit in France in 2019?

The focus on the summits disregards that the G7 and the G20 processes are much more than the annual leader’s get-togethers. For the media, and thus for the public, they produce easy consumable statements and pictures. However, it is the continuous collaboration among governments – and international institutions mandated by the governments – between the summits which can achieve results that are often “technical” in nature, but nevertheless useful for advancing global cooperation, although on a slower pace and in a less comprehensive manner as it would be the case in a more conducive political environment.

Take a recent example which went almost unnoticed by the media: In April this year the shareholders of the World Bank Group (representing 188 countries) agreed on a 13 billion US$ capital increase which will enable the World Bank and it’s private sector arm IFC to step up their lending gradually from 59 billion US$ last year to up to 100 billion US$ in 2030. To the surprise of many the US agreed to this capital increase, although there had been very critical statements from the White House as to the value of the International Financial Institutions in general and a capital increase in particular. Obviously, the technical work of almost two years in numerous working groups, governors’ and board meetings has borne fruit by convincing the shareholders, including the largest shareholder, of the necessity to provide more capital for financing sustainable development and to strengthen the established multilateral institutions in order to deliver the financing.

The process towards capital increases of Multilateral Development Banks (MDBs) had been triggered by the G7 and particularly the G20 when it became obvious that neither the public sector nor the commercial banking sector would be able and willing to come up with the required long-term funding needed to achieve the Sustainable Development Goals, particularly in developing countries. Only with a combination of public finance provided by the development finance institutions and private finance provided by commercial banks and institutional investors – thus the common perspective – would the necessary capital be mobilized.

The agreement on the capital increase for the World Bank was a hard fought out compromise, with several winners and no obvious losers: China gained a small advance in its voting power. The agreement will lift China’s shareholding in the World Bank to 6.01 percent from 4.68 percent, while the U.S. share would dip slightly to 16.77 percent from 16.89 percent. Washington will still keep its veto power over IBRD and IFC decisions. China remains the third largest shareholder after the US and Japan (7.20 percent) and ahead of Germany (4.27 percent).

The US was pushing for a decrease in lending of the World Bank to China. The agreement foresees an increase in lending rates to higher-income developing countries, including China. It remains to be seen whether this rate hike will discourage China to borrow from the Bank. In addition, the Bank will review its pay scale for management positions and continue internal reforms towards more efficiency. The Europeans, among them Germany, did secure a higher share of the Bank’s lending to be geared towards global challenges, particularly climate (plus 95 billion US$ until 2030), for crisis prevention and -reaction and for conflict affected and fragile states. This entails a continuation of lending to middle income countries which are particularly relevant in the context of combating climate change. Altogether, this can be regarded as a balanced package where all shareholders got something which they can highlight as their success. This is what cooperative multilateralism is about.

Towards a system-wide approach in development finance

Apart from this singular event the question remains what role the International Financial Institutions will have to play in the future in a changing global context. Can they remain a pillar of cooperative multilateralism even when other parts of the global economic governance regime, such as the World Trade Organization (WTO), are under severe pressure?

A G20 Eminent Persons Group on Global Financial Governance, headed by the Deputy Prime Minister of Singapore – which obviously is not a G20 member country – has been tasked to provide answers until October 2018. In an interim report of March 2018 the Eminent Persons ask for a system-wide approach to the governance of financial institutions and more policy coherence by the shareholders of those institutions, which comprise not only the MDBs, but also national development banks, such as the China Development Bank and KfW, and export credit agencies. All those public lending institutions are key actors in international finance, providing a multiple of lending of the MDBs, acting in the same sectors and markets, and using public subsidies to make their lending palatable to borrowers. A system-wide approach would entail that they follow similar lending principles ”…avoiding competition that lowers standards or uses subsidies on official loans in areas with no clear market failure.”

Strengthening the coherence of the development finance system is crucial, also because private long-term finance for sustainable development will probably not be forthcoming at scale as envisaged. There have been some good examples, such as the IFCs co-financing arrangements with institutional investors. However, most of these examples remain at a piloting stage. Therefore, public development financing will have to be stepped up further. It is a fairly inexpensive way of public finance, since it uses small amounts of public equity to mobilize a multiple of capital market funding. The more it will be subject to commonly agreed standards, the less public funds will be wasted. A sentence in the Charlevoix G7 communiqué reads: “We support the creation of a set of high-level principles on development finance.” While this is clearly not worth a tweet from the White House, it is even more worth to be pursued further. 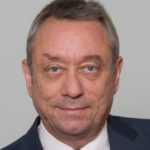