Leaders of five BRICS countries – Brazil, Russia, India, China and South Africa – will meet in Johannesburg, South Africa from 25-27 July for the 10th BRICS Summit, convened under the theme: BRICS in Africa: Collaboration for Inclusive Growth and Shared Prosperity in the 4th Industrial Revolution.

This is the second time BRICS’ Leaders will meet on African shores for the annual BRICS Summit. The focus of the last BRICS Summit hosted by South Africa, in March 2013, was on Africa’s development, integration and industrialisation. Bringing the Summit back to the continent challenges South Africa and other members of the grouping to candidly reflect on collective actions taken in response to pressing global challenges, as well as in honouring a commitment to Africa’s development and giving effect to a meaningful partnership with the continent. Likewise, the 10th BRICS Summit provides an unprecedented opportunity for South Africa, as the only African country in BRICS and as host and Chair of BRICS in 2018, to set the tone and direction for members to make the right choices to drive Africa’s economic transformation. As South Africa embarks on the commemoration marking the 100th anniversary of anti-apartheid stalwart and former President, Nelson Mandela, actions that advance human dignity for all and build upon the moral legacy of a shared world leader – have never been more important.

BRICS and the Agenda for the 10th BRICS Summit

South Africa joined the BRIC states in December 2010, expanding the acronym and consolidating the BRICS as a formation with a shared objective of shaping and reforming traditional norms of global governance and forging an inclusive economic growth and development agenda. As host and the 2018 BRICS Chair, South Africa has proposed new areas of BRICS cooperation that speak directly to African sustainable development priorities, as well as to the broader challenges facing developing countries. South Africa is also engaging more partners and expanding its reach beyond core BRIC members. An Africa-Outreach meeting with Heads of State and Government, intended to advance the implementation of the African Union’s Agenda 2063 through BRICS’ mechanisms, will be convened as part of the Summit.

In addition, broader south-south dialogue and cooperation platforms will be created as a continuation of the recent BRICS Plus initiative that China initiated in 2017. Leaders of countries representing regional economic communities in the global South have been invited in order to support development and economic growth through increased trade and investment integration, and strengthen global governance cooperation. The G20 Chair and UN Secretary General have also been invited as part of the BRICS Plus initiative, thereby elevating engagement on a development agenda that reflects the priorities of developing countries, to the global level. New areas of BRICS cooperation proposed by South Africa include:-

Advancing strategic cooperation in the key areas of peacekeeping, vaccine innovation research, gender, tourism and the Fourth Industrial Revolution, is particularly timely given their direct relevance to the broader sustainable development agenda. Moreover, tackling pressing challenges in these identified areas would broadly serve the interests of both developed and developing countries; and provide an additional route to identifying common solutions to shared global challenges.

The Task at Hand(s): Seizing the Opportunity and Charting a Course

As Chair of BRICS in 2018, South Africa has the opportunity to galvanise fellow BRICS members to address these new areas of cooperation, mindful of the special responsibility in 2018, to make the right choices to drive the transformation of African economies. BRICS also has the opportunity to place continued emphasis on value-added trade and investment with a greater pro-development impact, underpinned by inclusive growth and the creation of productive employment. The establishment of the BRICS New Development Bank and the more recent launch of the African Regional Centre (ARC) in Johannesburg, as the first regional office of the New Development Bank, is indisputable progress towards bridging Africa’s infrastructure gap. The Bank, through the ARC, continues to accelerate infrastructure investment and project implementation in energy, transport, water, urban development and other catalytic sectors in support of South Africa and Africa’s development strategy. While ensuring a continued focus on sustainable infrastructure, there is an opportunity for more openness, transparency and accountability in operational decision-making. The Bank’s role in delivering on its commitment to finance infrastructure projects that incorporate economic, environmental and social criteria in their design and implementation, is of vital importance. Home to the first Regional Centre allows South Africa to take the lead and offer concrete solutions on how to give effect to infrastructure projects that:

Singling out technological transformation, referred to as the Fourth Industrial Revolution, as a central theme for the 2018 BRICS Summit is a critical step towards shaping the agenda of the Fourth Industrial Revolution in a responsible, inclusive and human-centred manner. This is a priority, because, along with their unquestionable benefits, innovations are often accompanied by risks that need to be mitigated. In some instances, the breathtakingly vast and innovative technologies in artificial intelligence, robotics, the internet of things, autonomous vehicles, 3D printing and nanotechnology, have the potential for deepening inequality and unemployment, with particular risks for women in low-paid, poor quality jobs. Similarly, these technologies have both positive and negative implications for labour rights, the future of work, citizen participation and social protection. Advancing cooperation and peer-to-peer collaboration on effective institutional and policy responses in these and other areas, will help leverage the promise and address the challenges presented by the Fourth Industrial Revolution.

With youth under 24 years representing an average 60% of Africa’s population, South Africa has the opportunity to advance an agenda that prepares and supports young people to take advantage of the Fourth Industrial Revolution. The transformative power of education in the targeted areas of science and technology, engineering and mathematics (STEM), is key. Likewise, the success of African youth in using mobile technology as a platform to unleash their entrepreneurial potential, could be further supported and replicated on the more powerful Fourth Industrialisation platforms.

There are no easy solutions or answers to the questions that will confront BRICS’ Leaders at the 2018 BRICS Summit, but there is an opportunity to take actions which deliver positive change in crucial areas that matter in the lives not just of the fortunate few, but of all. The world has witnessed Nelson Mandela’s resolute belief in equality, human dignity, democracy, and in advancing the interests of the people he served. Upholding his values in addressing the increasingly complex challenges that face the African continent and our common humanity, is the most fitting tribute that can be paid to a world leader.1 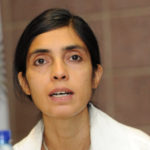