Network and data exchange over planet earth in space

Under the German presidency of the G20, the Women20 (W20) engagement group is focussing, among other issues, on the digital transformation and its effects on women’s lives. Recommendations will be passed on to G20 President Angela Merkel at the W20 Summit on the 26th of April in Berlin.

Women20 is one of seven official engagement groups that makes representations to the G20 leaders’ dialogue. In 2017, the National Council of Women’s Organizations (Deutscher Frauenrat) and the Association of German Women Entrepreneurs (Verband deutscher Unternehmerinnen, VdU) were mandated to lead the W20 process during the German presidency of the G20. For three months, women’s organizations, women’s business federations, think tanks and international organizations from G20 countries have dedicated an intensive on- and offline dialogue to the W20 cause: Full access for women to labour markets and their financial and digital inclusion in each part of the world. Key recommendations articulated in the official W20 Communiqué and Implementation Plan will be adopted at the W20 Summit 24th – 26th of April in Berlin and passed on to G20 President and German Chancellor Angela Merkel.

The digital transformation and its effects on women’s labour market participation, as well as financial inclusion, have become central in the W20 dialogues. Information and communication technologies (ICT) have been identified as a key driver for achieving the UN Sustainable Development Goals and as the core enabling innovation area of the Fourth Industrial Revolution. The digital transformation is also a game-changer when it comes to gender equality. Offering new ways of participation for women in the labour market, ICT can unlock women’s full economic potential, improving conditions for female entrepreneurship, access to financial markets and the reconcilability of job and family. Nonetheless its effects are manifold. Gender discrimination in labour markets, education, and distribution of financial resources for entrepreneurship remain and negatively impact women’s potential to fully utilize ICT for economic, social and political empowerment. During the Summit in Berlin, W20 will present two studies on the digital transformation, both delivering recommendations to the G20 and providing urgently needed data.

The forthcoming study on “The Effects of digitalization on Gender Equality in the G20 economies”, commissioned by Women20 and the Emerging Market Sustainability Dialogue (EMSD) confirms a key characteristic of the digital gender divide:  No matter where they live, women are less likely to be online, more likely to have low or no digital skills, and are at greater risk of being socially and economically excluded by digital disruption. Due to cultural, social and economic barriers, women living in the world’s least developed countries are 31 percent less likely to have internet access than their male counterparts. Furthermore, about 40% – 60% of jobs in various G20 countries will face significant consequences from digitalization processes, which will lead to immense labor market disruptions and unemployment. Jobs mostly done by women will face slightly lower risks than men’s jobs, though. This is primarily because jobs typically held by low-skilled women, e.g., in health care and services, are less easily automatized than jobs typically held by low-skilled men, e.g., machine operators in manufacturing industries.

However, this ‘advantage’ for women, that results from a more favourable composition of low-skilled jobs, is partly offset by the fact that women are still underrepresented in those high-skilled jobs that are least susceptible to digitalization. Gender gaps are still significant among university graduates and in STEM- and managerial occupations. Nevertheless, the study also shows that women often develop superior social skills that are of increasingly greater importance in the digital age. Hence, policy measures aimed at closing the digital gender divide will allow women to complement these social skills with digital skills and, thus, to more fully exploit the potential benefits from digital technologies. Moreover, the study emphasizes that full access to finance and opportunity of entrepreneurship are even more important in the digital age. The proportion of women among entrepreneurs is rather low, and this is particularly so in knowledge-intensive sectors. While women often lack the financial capital necessary to set up an own business venture, digitalization provides opportunities to accelerate the financial inclusion of women. One promising example in this respect is the emergence of new alternative risk assessment measures that are based on Big Data analysis gained from transaction histories, as opposed to being able to provide proof of a minimum level of collateral, with women less likely to possess the latter.

The second study to be launched at the W20 summit has been jointly conducted with betterplace lab, and it identifies barriers for women in using digital technology by focussing on tech initiatives in Indonesia, Germany, Ethiopia, Brazil, India and South Africa. Conducting expert interviews, the research team interviewed start-up founders and people whose initiatives and products aim at digitally empowering women and girls in their own countries. Preliminary findings imply that user-centered approaches must be undertaken and embedded in the local living and working conditions of women and the constraints of their socio-cultural environment. Content designed to digitally empower women needs to be relevant and adjusted to specific contexts. Women should have the opportunity to learn and surf in safe spaces (e.g. with exclusive access and moderation) to build up the confidence in using digital technology.

Regarding the findings of both studies, W20 urges the G20 to collect gender-disaggregated data on the effects of digitalization, provide gender-equal access to digital technologies, and promote digital literacy through education, skills development and life-long learning. This includes equipping primary and secondary schools with broadband access as well as qualifying teachers to provide digital skills training for girls. Full access to lifelong learning and vocational training opportunities can thereby serve as stepping stones towards unlocking women’s full economic potential and to bridge the digital divide. Strong role models and mentorship are needed in order to eliminate persistent stereotypes that women, and especially young girls, suffer from an inferior “digital affinity” when compared with men. It is time to position this topic at the very top of government officials’ agendas, and to turn the recommendations offered here by the W20 into concrete actions.

More information on the W20 studies, the W20 Communiqué and Implementation Plan (as agreed on the 26th of April), as well as this year’s W20 focus issues, can be found on www.w20-germany.org, and via discussion on Twitter #W20. 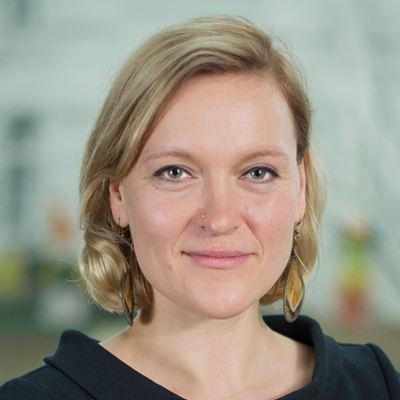