On Tuesday 28 March, President Trump unravelled his predecessor’s climate policy by signing an executive order that, amongst other things, undoes restrictions on emissions by coal-fired power plants. Obama’s climate measures would have resulted in an estimated 26-28 percent reduction of US emissions by 2025. Many now ask about the global consequences of US withdrawal from climate protection; will this be the end of the world’s quest for a low-carbon and climate resilient future?

After more than 20 years of often fruitless negotiations, governments finally agreed to a new international climate agreement in Paris in December 2015. In the run-up to this new agreement, thousands of companies and investors committed to taking climate actions, and to investing billions into a cleaner economy. In addition, hundreds of thousands of people took to the streets around the world demanding a climate-safe future. While the 45th President undeniably spells bad news for the US and for our Planet, we see important silver linings. First, climate Action is happening largely independently of national politics. Second, the multilateral climate process around the United Nations Framework Convention on Climate Change is not the only place to reaffirm low-carbon development. The G20 as a forum beyond the multilateral climate process may be well placed to encourage climate action, and reassure businesses and investors that the world remains determined to realize a low-carbon economy.

A cabinet of climate horrors

As the world finally seemed to break its addiction to fossil fuels, the oil and coal industry gained unprecedented power over the world’s largest economy. Trump appointed former Exxon executive Rex Tillerson as State Secretary, and climate deniers, former Texas Governor Rick Perry, and former Oklahoma Attorney General Scott Pruitt, respectively as Energy Secretary, and head of the Environmental Protection Agency. Observing this cabinet of climate horrors, nobody should be surprised at Trump’s executive order. With the stroke of a pen, Trump seeks to take down the centre piece of the Obama’s climate policy; the Clean Power Plan. Moreover, the order promises to open federal lands and waters for onshore and offshore leasing, allowing drilling and fracking in vulnerable ecosystems, and it releases government agencies from considering the social costs of carbon.

In contrast to what some have expected, the US is not (yet) withdrawing itself from the Paris Climate Agreement or the UNFCCC altogether. One could argue that a complete withdrawal would be better; now the rest of the world finds an unwilling and even obstructive US at the negotiation table. Moreover, as the US cuts its contributions to international climate finance and the UN, the international effects of Trump’s climate policy will extend far beyond negotiations. For instance, developing countries that are especially suffering from the impacts of already occurring climate change can no longer expect assistance and support from the US.

While international climate change cooperation undoubtedly suffers a heavy blow under Trump, some of important drivers of climate action remain. Renewable technologies have become strong competitors to older fossil fuel based technologies. The green economy is posting greater job growth than the fossil fuel based economy. A rapidly growing number of businesses, investors, cities and regions are stepping up efforts to reduce greenhouse gasses and to adapt to climate change.

This surge in climate investments happens largely independently of politics. The private sector and local governments act less out of charitable intentions, or under popular or political pressure; rather, they realize that low-carbon and climate resilient solutions make business sense. Even the head of the largest private US coal company, Robert Murray, admitted that Trump cannot bring back lost jobs. The coal industry is declining, not because of regulations imposed, but because renewable energy and gas have become cheaper and more efficient. An executive order is not likely to withstand these new market forces.

Outside the direct control of Washington, more and more companies, investors, and cities are investing in the reduction of greenhouse gasses and adapting to climate change. The case for smart climate adaptation measures is particularly strong for cities. The city of Miami, for example, has invested more than one hundred million dollars in storm-water drainage. Measures to mitigate and to adapt to climate change are taking place all over the US, independently of federal policies, and not out of charitable intentions either.

It is difficult to remain optimistic amid the gloom. However, the US has previously shown considerable resilience against environmentally hostile administrations. For instance, robust participatory environmental arrangements in the 1980s mitigated some of the anti-environmental policies under President Reagan. More importantly, as a reaction to the Reagan administration, the environmental movement bloomed and consolidated into a force to reckon with. Ironically, Trump’s proneness to stoke civil and economic unrest may help the world to move away from the incrementalism that has thus far insufficiently triggered the more radical transitions needed to secure a climate safe future. Trump may have unwittingly released the forces that will bring about a more radical transformation towards a low-carbon economy, and a more sustainable future.

The international community will also need to find new strategies to accelerate climate actions. Multilateral institutions such as the UNFCCC strictly act on consensus, and are particularly vulnerable to non-action or disruption by even one country, let alone the US.

However, forums beyond the UNFCCC, with more open ended processes, do not need to reach consensus beyond political declarations. The G20, in particular, as the most important ‘minilateral’ forum, could stimulate joint-up thinking on climate change and economic development at the highest level; and, as a country led process, it could encourage individual countries. In particular, presiding G20 presidents – currently Germany, Argentina in 2018, and India in 2019, could demonstrate individual leadership by reaffirming their commitment to the Paris Climate Agreement, and by putting low-carbon development at the top of the agenda. Even if this leads to a showdown between the US and the other 19 governments on climate change; the world would still witness a more distributed leadership on climate change, giving a strong political signal to businesses and investors that the world is still heading to a low-carbon economic future. 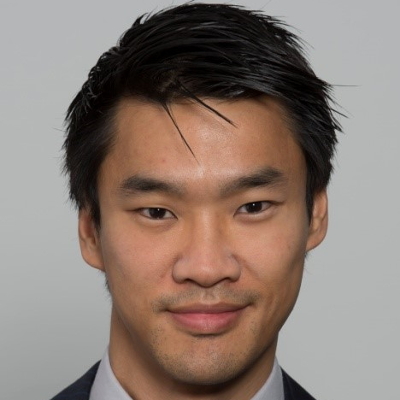 Sander Chan is a research assistant at the German Development Institute/Deutsches Institut für Entwicklungspolitik (DIE) and Adjunct Assistant Professor at the Copernicus Institute of Sustainable Development, University of Utrecht (Netherlands). 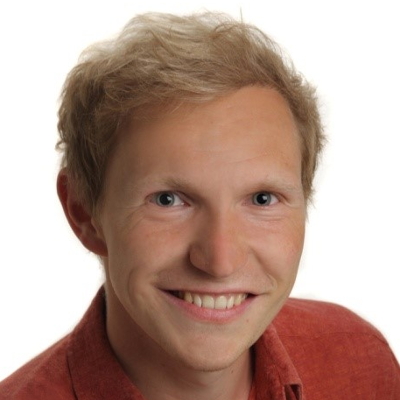 Wanja Amling works at the German Development Institute (DIE) with main focus on non-state and subnational climate action. He is also a post-graduate student of the University Bonn with major in international development politics and social sciences.