The Twelfth Ministerial Conference of the WTO: More than expected but still short of a success story

The WTO’s Twelfth Ministerial Conference (MC12) was finally held in mid-June 2022, after being postponed twice due to COVID-19 pandemic. Ministerial Conferences are the WTO’s highest decision-making body bringing together high-level representatives of all members to take decisions on pertinent trade issues. MC12 was important because the members have been struggling to respond to the WTO institutional crisis and its inability to adress critical cross-cutting issues ranging from sustainability, environment, health, digital technologies, food security, energy policy to national security matters.

The outcomes of MC12 were definitely more remarkable than those reached at the last ministerials in Bali 2013, Nairobi 2015 and Buenos Aires 2017. In the closing session Dr. Ngozi Okonjo-Iweala, Director General of the WTO, declared that members “secured an unprecedented package of deliverables”. The package may, however, neither be comprehensive nor ambitious enough, but nevertheless confirms that the WTO is still a relevant body to respond to global trade challenges, and more importantly helped the organisation avoid an “existential crisis”.

Ministerial Conferences are not only technical talks, but are also politically important events navigating diverse positions and approaches of members on sensitive matters.  Therefore, it is not easy to predict beforehand if they ever lead to successful outcomes. They can bring a breakthrough or end up in political stalemate. However, the WTO (and its members), this time, did not have the luxury to produce another deadlock. The agenda was a mixture of a long-standing debate about the future of the WTO and immediate crises related to the pandemic, climate change, rising energy and food prices and disruptions in global supply chains. Against this background, nine Ministerial decisions and declarations were adopted as parts of MC12.

The most significant outcome of MC12 was the Agreement on fisheries subsidies which had been negotiated for two decades. The objective of the Agreement is to prohibit and control harmful subsidies causing overfishing, and eliminate those that contribute to illegal, unreported and unregulated fishing. This was an achievement for two reasons: it was the first new multilateral trade agreement being adopted since the Trade Facilitation Agreement almost a decade ago. Also, it is the first multilateral trade agreement addressing the United Nations Sustainable Development Goals, in particular goal 14 on life below water.

Apart from fisheries, food security is another important SDG aming at ending hunger by 2030. MC12 addressed the challenge of food shortages resulting from the war in Ukraine. Rising food prices led many countries to apply export restrictions and trade bans. However, many vulnerable members are dramatically affected by reduced supply and high prices. Food security issues became a global concern as agricultural supply chain disruptions started to emerge. At MC12, WTO members affirmed the need to avoid export restricytions on food and declared export restrictions should not include World Food Program’s food purchases.

Furthermore, members have agreed to “maintain their practice of not imposing customs duties on electronic transmissions”. The moratorium is important for consumers to have easier and affordable access to digital platforms, and for millions of small businesses to market their products and services globally. The agreement helps digitalisation, a twin sister of sustainability.

The Covid-19 pandemic resulted in rising trade restrictions in medical products and equipment and difficulties in access to vaccines especially by developing countries and least-developed countries (LDCs) due to patent constraints. An earlier decision by G20 trade ministers asked such measures to be targeted, proportionate, transparent, temporary, and not create unnecessary disruptions in supply chains. For achieving global justice in the provision of vaccines, MC12 delivered a waiver of parts of the TRIPS agreement to facilitate the manufacturing and exportation of Covid-19 vaccines. It also provides a response to Covid-19 and future pandemics by emphasising the role of transparency and notifications (i.e. trade monitoring), another important function of the WTO.

Despite wide differences in their positions on critical issues, members drove the process soberly converging on substantial matters to keep the WTO alive. Equally important in the MC12 outcome document was that members committed to undertake necessary reform of the WTO. The General Council is expected to launch a process to conduct its work on the matter, and review the progress until the next Ministerial Conference.

Are piecemeal steps sufficient to save WTO’s future?

Outcomes of the MC12 demonstrated that members were in need of adopting new rules and texts; and, more generally, to negotiate global problems at the multilateral level. They also acknowledged their concerns with respect to the other functions, such as trade monitoring and dispute settlement. But, the challenges facing rules-based multilateral system are deeper and more complex than what has been addressed during the MC12.

Many earlier calls by major players for reforming the WTO revealed gaps in their positions. Many members do not want their existing “rights” for special and differential treatment to be challenged. Many are reluctant to eliminate trade-distorting subsidies and measures. A clash between market-oriented and state-driven capitalism continues. Accomodating such diverse interests in a “balanced” way is a formidable task. More importantly, trade policy is becoming increasingly linked to cross-cutting and non-trade issues, and pushing many topics to be brought to the WTO agenda. However, the more incremental the agenda, the more exhausting it becomes to “reform” the organisation to achieve its objectives. The General Council in its work programme has to respond to many daunting and mounted issues:

First, the complex nature of multilateral trade negotiations proves they are time-consuming and requires high levels of patience, sobriety and creativity and more importantly unanimity among the members with differing interests and developmental concerns. The failure to reach concensus drives many members to venue-shifting into regional or plurilaterals negotiations. Plurilateral talks are preferred in many topics like e-commerce, domestic regulation of services and investment facilitation for development and other so-called Joint Statement Initiatives (JSIs) are in the pipeline. Successful completion and ratification of those JSIs can revitalise the WTO’s negotiation function. However, such initiatives need more structured and institutionalised approaches to mitigate concerns of many developing countries with respect to fragmentation of the multilateral system. The WTO reform process to be undertaken by the General Council needs to search for possible ways of ensuring transparent, inclusive and development-friendly plurilaterals with capacity-building mechanisms for developing countries and LDCs.

Second, special and differential treatment will continue to be a controversial issues. A tailor-made differentiation rather than accross-the-board exemptions without indefinite transition periods need to be contemplated to maket hem “precise, effective and operational” as stipulated in the MC12 outcome document (para. 2).

The third issue that deserves a major discussion is subsidies. The General Council should launch a work programme to gather information about the scale of subsidies, their trade-distortive effects, and to identify main aspects to be addressed.

On the way to MC13 due to take place by the end of 2023, members need to work on their differences on agriculture. Efforts to modernise agricultural rules, including issues of market and trade-distorting subsidies and tariff liberalisation must reflect today’s global concerns like fragilities in food supply chains, export restrictions, public stokholding, vulnerabilities arising from poverty and must be re-built confidence.

Last but not least, reforming the WTO will be incomplete without reforming the dispute settlement system. Interim solutions help the system to function and retain the rights of some members, but the multilateral system should go beyond it to overcome the impasse over the Appellate Body.

In assessing the MC12 let us go one step further than Dr. Ngozi and claim that members secured WTO’s reputation and avoided a collapse in their trust to the system for now. However, WTO’s future depends on a root-and-branch reform. Let us hope the process initiated in MC12 paves the way for it. 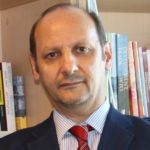 Mehmet Sait Akman is Associate Professor, and Director of G20 Studies Centre at TEPAV, The Economic Policy Research Foundation of Turkey, and an adjunct professor of trade policy at TOBB University of Economics and Technology, and Middle East Technical University (METU), Ankara.