China in the Pacific: economic interests and security cooperation in a contested region

Rivalry between an increasingly assertive China and the United States is mounting in Asia and the Pacific. On several occasions, China has seen its interests threatened by the United States in the region. The US president’s recent visit to Japan and the so-called Quad summit between the US, Australia, Japan and India, which took place during his stay have driven the attention and interests of Beijing’s officials to make a trip to the Pacific Islands in order to negotiate and sign a security agreement with countries of the region. China’s officials see Joe Biden’s recent trip to Asia, as an effort to counter Beijing’s economic, political and diplomatic influence as well as the recognition of China over Taiwan in the region. Wang Yi’s visit to the Pacific Islands in late May for a ten-day tour in eight countries was meant to contribute to securing China’s political, economic and diplomatic stance in the region.

In 2015, the United States in collaboration with a number of countries including in Asia Pacific established the Trans-Pacific Partnership (TPP), which in 2017 became the Comprehensive and Progressive Agreement for Trans-Pacific Partnership (CPTPP) with the withdrawal of the US during Trump’s presidency. China recently submitted its application to join the CPTPP, but its officials were not conveyed to the early negotiations regarding the establishment of the TPP. The TPP aimed at creating a platform for economic integration across the Asia Pacific region as well as countering Beijing’s economic influence in the region; Trump’s withdrawal thus was a strategic blunder.

Initially, China alternatively moved towards supporting the ASEAN-led Regional Comprehensive Economic Partnership (RCEP), aiming for a greater Asian integration. China wants to assume a regional leadership role in Asia; hence driving the RCEP, which brings developed and developing Asian countries together in order to strengthen regional institutions. However, China’s economic influence in the region is but one element. It comes with broader ambitions, which lead to political, diplomatic, and security tensions.

“Dual use”– aid and geopolitics

Wang Yi’s recent visit to the Pacific Islands aims at reinforcing Beijing’s influence in the region. His visit followed the US president’s recent trip to Asia and the Quad summit in Tokyo. Established in 2004, “the Quad has become a leading regional partnership dedicated to advancing a common vision of a free and open Indo-Pacific through practical cooperation on diverse 21st-century challenges”, according to the US White House. The Pacific Islands, Southeast Asia and the Indian Ocean region feature heavily on the Quad leaders’ agenda on peace and security in those strategic regions. In order to have a ‘free and open Indo-Pacific’, Japan and the United States joined forces to foster the region’s balance of power felt to be threatened by China due to its political and economic influence and coercive tactics.

China’s economic presence in the Pacific Islands, for its part, is mainly channeled through aid packages which contribute to infrastructure development in the region. Even though China’s aid to the Pacific is declining compared to previous years, in 2019, it amounted to US$ 169 million; comprising of 33 per cent in the form of grants and 67 per cent in the form of loans. Yet, the projects might come with “second thoughts”:  the construction of ports is based on China’s  interests in deepwater ports, also establishing itself as a maritime power.  China’s potential dual use – both commercial and military – of ports it builds and finances it provides raises questions about its growing security interests and deployment of its naval forces and vessels overseas.

China seeks more security cooperation with the Pacific Islands alongside its economic, political and diplomatic influence in the region. Wang Yi’s diplomatic South Pacific tour is a testimony of China’s growing interests in security as China’s foreign minister held a meeting with ten Pacific nations in Fiji and discussed proposals for Beijing to radically increase its involvement in the security in the South Pacific. It is important to mention that only countries which recognize Beijing over Taiwan attended the meeting. Beijing’s financial assistance in the Pacific Islands plays an important role to make islands switch allegiance from Taiwan to China; which illustrates the diplomatic and political rivalry and competition between China and Taiwan beyond their respective borders.

China-Taiwan rivalry: diplomatic and security tensions in the Pacific

Security related tensions persist between China and Taiwan, as the former considers the latter as its territory, does not recognize the island’s sovereignty and pushes for the recognition of China over Taiwan by other nations, based on its ‘One China’ policy. In recent years, China employed rather coercive tactics, feared to jeopardise peace, security and stability in the South China and East China seas. This approach drives the establishment of regional and multilateral forces through strategic alliances to counter China’s growing pressure over Taiwan on the one hand and influence in the Pacific Islands on the other hand. Diplomatic and security interests alongside economic advantages are determinant in the Pacific Islands’ political and diplomatic choices. From 2009 to 2021, Taiwan’s total spent aid to the Pacific amounted to US$ 387.74 million. In contrast, even though it is currently declining, China’s total spent aid in the Pacific amounted to US$ 1.71 billion over the same period of time. China seeks to increase its influence in the region through police training support (as part of a new police training programme run by Chinese police) and with a proposal of building a police training centre in Solomon Islands; following a 2020 promise to build a police school in Samoa.

With the Solomon Islands’ recognition of China over Taiwan in 2019 after thirty-six years of diplomatic relations with Taipei, China, through its ministry of foreign affairs’ spokesperson Zhao Lijian, offered its own support to play a constructive role in strengthening local police capability after the Australian contingent of peacekeeping forces in the country were to be withdrawn. Solomon Islands’ move was soon followed by Kiribati’s allegiance to China in 2019. Questions arose among Taiwan’s officials as well as their strategic allies about the Pacific Islands’ economic dependence on China as well as its ramifications for the region’s security.

China’s political and diplomatic battle in the Pacific Islands against Taiwan goes beyond the island nations’ interests. China’s influence in the region is to gain a foothold somewhere in the scattered archipelagos beyond as it also serves Beijing’s immediate objective of taking over Taiwan. In April 2022, Solomon Islands signed a security pact with China, thus reinforcing the building of China’s presence in the Indo-Pacific, which alarmed its neighbours (Australia, New Zealand, Japan among others) and the United States. The fear of a future Chinese military presence in the islands increases tensions in the region.

In the United States’ strategic partnership with Australia and Japan to counter China’s influence in the Pacific region, Taiwan features heavily as being under diplomatic and military pressure exerted by China over the island and for its geographic position in the Asia-Pacific region, the South China and East China seas. Strategic security ties between the different countries involved in those regions foster peace, security and stability, as well as contribute to safeguard economic interests through well-thought strategic partnerships. Alliances mitigate the consequences of possible bilateral, regional and multilateral military crisis in which no country wins but all countries lose. In China-Taiwan relations, economic gains continue to prevail over political and economic tensions. To protect bilateral economic gains is wiser than jeopardising long-term stability for both China and Taiwan. This message needs to be emphasized by third parties in relations with China. 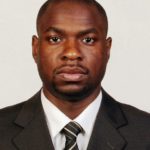 Daouda Cissé is a senior researcher at the DIE, Bonn, Germany. He works in the Megatrends Africa project. In 2021, he was a Taiwan Ministry of Foreign Affairs’ fellow and a visiting scholar at National Chengchi University (NCCU), Taipei. He previously worked at the University of Alberta, Canada and at the University of Stellenbosch, South Africa.