If there ever was a litmus test on whether the world would cooperate in solidarity in the midst of the greatest global challenges, the COVID-19 pandemic provided such a test given its transferability across borders and the need for a rapid global response. In this blog post I argue that the onset and response to the COVID-19 pandemic has been a watershed event that has significantly – or perhaps irreversibly – ushered the world where cooperation will be more challenging than ever before.

The pandemic was different from other slow onset challenges such as climate change. For two years or so, the entire world battled with the pandemic, which has been dubbed a once in a century event. While the initial reaction to the pandemic was marked by the introduction of lockdowns and travel restrictions and export restrictions on medical goods to limit the spread of the virus, the subsequent opportunity was the development and sharing of a vaccine. Indeed, the world succeeded on the former, as several vaccines were developed in record time. Yet, the world failed miserably on the sharing of vaccines. Instead of expressing solidarity by sharing, vaccine nationalism instead prevailed as countries that had developed the vaccines hoarded them even when they had surplus doses. In a broader sense, the global response to the pandemic cast a dark cloud on efficiency and solidarity as the primary cooperation mechanisms of globalisation.

While the pandemic’s challenge to cooperation might in the short-term be eclipsed by the war in Ukraine, it is relevant for its broader repercussions. If the world could not cooperate on dealing with the COVID-19 pandemic by sharing vaccines, then how could we expect to cooperate on other more complex issues? Not even the connective tissue of globalisation, either through empathy or the intense web of trade interconnectivity could alleviate the devastating impacts of the pandemic.

What are the prospects of globalisation as a mode of cooperation, and the role of global institutions – especially the G20 – in responding to global challenges? Let’s focus on the implications on Africa, a region characterised by a high degree of vulnerability and limited capability.

The illusion of efficiency and solidarity

At its core, globalisation has been characterised by the logic of efficiency and solidarity. Economic globalisation has been undertaken with unprecedented momentum, especially in the past three decades. Even though the multilateral trade cooperation has stalled for the last two decades, hundreds of free trade and investment agreements have been concluded during that time. Goods flowed from and to all corners of the world, as capital also moved in real time across what seemed to be porous, if not non-existent, national borders. Efficiency was the name of the game.

In the cultural and social context, ideas could travel in real-time. Transmission of ideas was not only in the form of films and music, but also through the proliferating social media networks. Sentiments could therefore travel from one corner of the planet and spread rapidly, capturing the public imagination. In many ways, the world – at least the virtual one – seemed to coalesce around these platforms, thus strengthening solidarity.

One would assume that when the pandemic struck, the world would leverage efficiency and solidarity to address the challenge. But the complete opposite happened. Especially during the initial stages of the pandemic, actions created impressions of lack of global solidarity that are now hard to overcome: Instead of using the well-developed supply chain networks to share equipment such as personal protective equipment (PPE), countries scrambled to ban the export of the equipment. Self-sufficiency in PPE and other relevant supplies became an important policy.

When the COVID-19 vaccines were developed in record time, the countries that developed them first tended to their own citizens. Of course, one would expect governments to prioritise serving their citizens first, before extending assistance to others. Moreover, Research and Development (R&D) and production capacities are too centralised, which impeded the distribution of vaccines. But even when most of the citizens in these countries had been vaccinated, the much-anticipated assistance especially to low income countries was not forthcoming. Global efforts to promote the supply of the vaccines, especially under the auspices of the G20, indicated the necessity of ensuring that almost every country received sufficient vaccines. After all, it was widely noted that no one is safe until we are all safe. For that reason, the COVAX initiative, co-led by CEPI, Gavi and WHO, alongside key delivery partner UNICEF, in principle marked a major milestone in international cooperation. COVAX was premised on the notion of vaccine equity, which relied on solidarity. But it did not live up to the promise: vaccine equity was supplanted by vaccine nationalism (with some commentators terming it as vaccine apartheid). Consider that on average G20 members have received fifteen (15) times more vaccine doses per capita than sub-Saharan Africa. Not even the various cooperative mechanisms between the G20 and Africa could alleviate the situation. At the World Trade Organization (WTO), battles to protect intellectual property rights overshadowed efforts to ensure speedy and wide access to the vaccines. In the end, solidarity was replaced by apathy. A quick consultation of global COVID vaccination rates would underscore the conclusion. Even the most optimistic observer or commentator of international cooperation would struggle to defend the record of the global response to the vaccine.

From efficiency and solidarity to capability

Concluding that the anticipated support from partners, especially through the G20 and related institutions, wasn’t sufficient, African countries have turned their focus towards strengthening their institutional capacity to respond to future pandemics. A first step has been the elevation of the Centre for Disease Control (CDC) to a fully-fledged public health agency, following a directive by heads of state during the African Union’s annual summit in 2022. In tandem, several African countries including South Africa, Nigeria, Rwanda and Kenya, are strengthening their vaccine manufacturing capacity, for instance the partnership with BionTech to set up vaccine manufacturing hubs in these countries.

To be clear, we should not conclude that cooperation will be impossible. Rather, we need creative policy making and diplomacy that reflects the political realities of the post-COVID world. The just concluded EU-Africa summit points in this direction. Living up the promise, however, would require shifting the focus of Europe-Africa relations from a tokenistic approach based on ad hoc appeals to supporting African countries to strengthen their endogenous capability to respond to global challenges. 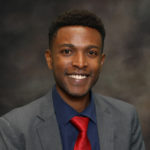 Kennedy Mbeva is a Postdoctoral Research Associate at the Blavatnik School of Government, University of Oxford. His research examines how to strengthen the capability of emerging countries to effectively contribute to long-term international cooperation, focusing on the alignment of global economic governance with sustainability policy goals.