Image: City of Jakarta, by Afif Kusuma on Pixabay

“This is, above all, a human crisis that calls for solidarity…. that demands coordinated, decisive, and innovative policy action from the world’s leading economies”. This is an excerpt from António Guterres‘ statement on March 19, 2020, in which the Secretary-General of the United Nations called for innovative, appropriate and coordinated action from all world leaders to tackle the new Covid-19 pandemic. But after more than a year and a half , international coordination and cooperation is still lacking in handling this multidimensional crisis.

In fact, in view of a pandemic that knows no national borders, international cooperation is crucial. Experience from previous crises shows that international cooperation is needed not only to increase available resources to better manage the crises at the global level, but also to coordinate actions taken by various countries at home so as not to harm other countries. In times of crisis, the temptation to pursue protective unilateral actions that might negatively affect other countries is increasing. For instance, in the early days of the pandemic, many countries imposed bans on the export of personal protective and medical equipment which consequently made the pandemic situation worse. There is also greater need to pool resources to increase the production of necessary medical equipment and medications while keep them available worldwide. The G20 can play an important role to provide political support for those cooperative agendas.

During the 2008-2009 global financial crisis, the unique combination of high-level political authority and flexibility in decision-making was one of the keys to the success of the G20. The prime example in this respect is the execution of a coordinated policy response. However, in the last decade, the G20 has evolved into an agenda-setting forum and has widened its scope to cover various global governance areas such as tax policy, climate change or sustainable development. While it is important to keep the G20 relevant in global governance, the broadening of its agenda has reduced the G20’s agility in responding to health and economic crisis due to the COVID-19 pandemic. It was not until three months into the pandemic in April 2020 that G20 came up with an action plan, which sets out key principles guiding the G20’s response. Despite devastating impact of the pandemic to the economy and people livelihood, the update of the action plan – launched a year later – falls short in coordinating greater cooperation, e.g. increasing vaccine production and distribution.

Indonesia’s G20 Presidency in 2022 comes at a critical moment. Uneven availability of vaccines and medicines won’t beat the pandemic. It leads to an uneven economic recovery and macroeconomic instability, especially in developing and poor countries. If there is no appropriate policy responses at the global level, this will be one source of wider inequality in the future. In addition, there is a deficit of trust that has the potential to weaken global cooperation and multilateralism which in turn can create uncertainty in the global economy. Therefore, it is very important for Indonesia’s G20 Presidency to deliver concrete and coordinated policy actions to achieve a strong economic recovery that is sustainable, inclusive and resilient.

Under the grand theme of “Recover Together Recover Stronger”, Indonesia introduces three focus areas that are deemed to be important for sustainable and strong recovery. The first priority agenda item is to strengthen the global health architecture. Under this priority, Indonesia is trying to achieve greater harmonization of global health protocol standards, particularly for safe travel arrangement to revitalize cross-border movement of people. Indonesia may propose a plan to establish a global health threats fund under the G20 Joint Finance-Health Task Force which requires funding of around US$ 15 billion annually for pandemic prevention, preparedness and response.

The second priority is to discuss digital transformation, in particular on how it can promote a more inclusive post-pandemic recovery process. Indonesia proposes greater collaboration to increase the benefits of digital transformation for Micro-, Small and Medium-sized Enterprises and to improve digital literacy and skills.

The third agenda item is related to sustainable development and climate change mitigation by accelerating global energy transitions to respond to the other grand crisis. Indonesia proposes to enhance global cooperation in financing energy transitions and developing and adopting clean technologies.

Building Consensus to Recover Together and Stronger

Indonesia would face various challenges to come up with actionable policy solutions which are consensual among its members. Different interests between G20 members are getting more polarised, coupled with geopolitical and geoeconomic tensions. The discussions in the G20, as well as in many other global forums, seem to be inseparable from rivalry among key member, which makes it difficult to find common interests. Under these circumstances, it is even challenging to reach decisions on some of the most basic policy initiatives, e.g. the establishment of global funds on health threats. At the Rome Summit, G20 leaders failed to commit any resources to this initiative.

Tensions between two major powers, namely the United States and China, in almost all aspects of global governance make reaching consensus and committing to global cooperation difficult to achieve, especially in international trade issues, climate change policies and coordination of financing the global health system in handling the pandemic. The political influence of the G20 seems to be fading due to this rivalry. At the same time, the G7 which consists of developed countries is getting stronger by aligning their strategic interests.

In addition, there are many other issues outside those three priority agendas that would be discussed under numerous working groups in the G20, including legacy issues, such as infrastructure development, anti-corruption or human development, that have been discussed during previous presidencies. While those issues might not directly affect the prospect of the recovery, they are not necessarily less important. Indonesia needs to pay attention these issues, while at the same time focusing its efforts on the recovery agenda.

Indonesia’s G20 Presidency opens up a window of opportunity for consolidating greater global efforts towards stronger, sustainable and inclusive recovery. However, Indonesia’s ability as a bridge in building trust, understanding and strengthening common goals is a decisive factor for the G20 to be able to contribute not only to economic recovery but also to face crises in the future. 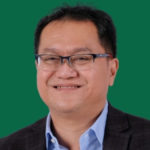 Photo: Yose Rizal Damuri, Head of the Department of Economics, Center for Strategic and International Studies. During Indonesia’s G20 presidency, he is Executive Co-Chair of T20 Indonesia.