Democratic Participation and the Populist Challenge to Global Governance

This year’s G20 summit took place this weekend in Rome and – as it is always the case when the G20 meets in a country where protests are not suppressed – thousands of protestors used this occasion to express their opposition to the supposedly neoliberal agenda of the G20 and the human rights violations perpetrated by some of the member governments (although Vladimir Putin and Xi Jinping as important addressees of this second criticism did not even bother to come to Rome). This year, the meagre results of the group with respect to climate action and the failure to ensure a fair global allocation of Covid-19 vaccines were among the key complains concerning the content of the agreements of the group. However, the G20 was not only criticized for the substance of its policies. It has always also faced contestation with respect to the way in which the group takes political decisions in procedures that do not allow for much democratic participation and public control.

This criticism concerning decision-making procedures, which also applies to many other global governance institutions, gains additional relevance in light of the debate on the rise of authoritarian right-wing populism in many countries. Armin Schäfer und Michael Zürn argue in a recent book that right-wing populism cannot be explained entirely by socioeconomic or sociocultural factors but has also genuinely political causes. They describe how the composition of parliaments and the shift of decision-making competences to non-majoritarian institutions, such as central banks, courts, and many international institutions, decrease the responsiveness of political decisions to the opinions of, in particular, poorer and less-educated segments of society. The feeling of not being heard by political decision-makers that many supporters of populist parties voice is thus, sadly, often well-founded.

A part of the democratic shortcomings that give rise to authoritarian populism concern, according to Schäfer and Zürn, political decision-making beyond the national level. It might thus be time to revisit the debate on the democratic deficit of global governance. The democratic credentials of, for instance, the European Union, the World Trade Organization (WTO), the World Bank, or the International Monetary Fund (IMF) have been critically discussed for decades. This has led to some reforms: the European Parliament, for instance, has gradually received more competencies and the World Bank and the IMF have made some efforts to increase their transparency and accountability. In general, though, progress has been very limited.

While the longstanding academic debate on the democratic deficit of global governance focussed mainly on other institutions, club governance formats, such as the G20, also show serious democratic shortcomings (as protestors have long emphasized). Such formats exclude a great share of those affected by its policies from its decision-making, simply because the majority of countries are not invited to join the clubs. In addition, decision-making in these fora is usually opaque and leaves not much space for parliamentary and public control. Where club governance has an impact, political decisions are de facto prepared in technocratic meetings of bureaucrats from national government departments.

No easy fixes to all democratic shortcomings

To some of the democratic shortcomings of global governance there are no easy fixes. Partly, it seems unavoidable that decision-making in international institutions allows for less opportunities for democratic participation than national level political institutions could, at least in principles, provide. After all, larger political units have more citizens. If decisions are taken in higher-level institutions, the influence of each individual thus decreases. In addition, a truly global public sphere with global public debates, global media, and global NGOs, as it is seen in deliberative conceptions of democracy as prerequisite for well-functioning democratic procedures, is largely non-existent. Furthermore, we must be cautious that efforts of democratisation do not further increase the number of veto players to avoid harming the chances for effective governance. Finally, it is very challenging to achieve agreements on measures of democratisation because there are very different conceptions of democracy advocated globally and, obviously, not all governments that occupy influential positions in international politics put much value on democratic decision-making at all. After all, institutions such as G20 include also governments that pursue a tied autocratic agenda at home (and even do not shy away from supporting authoritarian populist movements in other countries). The governments of countries such as China and Russia have no problem to use the rhetoric of a democratisation of global governance. However, such references are usually better understood as attempts to strengthen their own position in the international order than as pleas for reforms that would increase meaningful democratic participation and public control.

To give up on international institutions (as right-wing populists often suggest) and return decision-making competences to national level political institutions would, clearly, also not be an adequate response – not even from the perspective of democratic theory. Given that many national political decisions, such as those concerning environmental policies, have external effects in other countries, international institutions are crucial to give those affected by these external effects a voice. In general, facing the tremendous global challenges that can only be addressed by coordinated efforts of actors all over the world, fora of inter- and transnational coordination conforming to clear governance- and accountability standards are crucial.

Some potential for reforms

However, that does not imply that there are no ways to react to the populist challenge to international cooperation. First, to some degree it is feasible to increase opportunities for political participation in global governance. Consider again the example of club governance. Groups of smaller countries that are currently excluded from influential clubs could at least be allowed to share a representative in these groups. In addition, parliamentarians could be included in the negotiations and transform club governance from a format of exclusively executive bodies to a format in which also parliaments cooperate (although this would, obviously, not lead to any improvements in countries in which parliaments have only a marginal role). And clubs could certainly make their working procedures more transparent, expand on instruments to increase accountability, and strengthen engagement processes with civil society.

Secondly, with respect to every step of further economic integration we need to ask whether the potential economic gains really outweigh losses of opportunities for democratic participation that might be associated with them. Economic integration increases the need for international coordination. In general, if goods and capital can move more freely, the need for internationally harmonised rules increase, for instance with respect to taxation or working conditions. As Dani Rodrik and others argue, if international institutions that could effectively decide in a democratically acceptable way on these common rules are hard to achieve, we need to reflect on the question at which point we put a halt on economic integration.

The future of globalisation might depend not a little on that we make progress with respect to the political institutions of global governance. If we fail in making political decision-making in these institutions more democratic, right-wing populists will be able to continue to spur nationalist feelings and lobby against the international cooperation that we so urgently need. 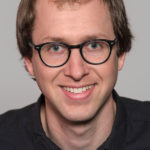