Lessons for Global Cooperation from the COVID-19 Pandemic

Picture by Gerd Altmann on Pixabay

The COVID-19 (or coronavirus) disease has led to a major pandemic that has spread to virtually all countries of the world. Although at the time of writing the epidemic has mainly hit South East Asian and Western countries (see Figure below), it is likely that Developing Countries (DCs) will also be heavily affected in the weeks to come.The pandemic is a systemic challenge of much greater gravity than the 2008 global financial crisis. The economic slump is likely to be greater and to last longer, but this time hundreds of thousands of people may die and the lives of virtually everyone will be affected. The response to the 2008 crisis was marked by an intensification of international cooperation; the G20 was newly convened at the leaders’ level to coordinate fiscal and monetary policies of the richest countries and implement financial sector reforms. Conversely, the current crisis has thus far been characterized by almost complete absence of global action. Failure to successfully address this crisis globally may be the nails in the coffin for already frail global governance. On the other hand, it is precisely at a time of crisis that radically new institutions can emerge, as it was the case a decade ago. The goal of this post is to analyse the current and future prospects for global cooperation in the face of the COVID-19 crisis. Source: Our World in Data

A distinctive lack of global action

Since the discovery of COVID-19 in December 2019, countries have acted in almost complete isolation from one another. Only on 25th March did the United Nations (UN) launch a $2 billion global response plan to fund the fight against COVID-19 in the world’s poorest countries. Currently only Norway has endorsed this plan, so it is unclear when it will be operative. On 26th March the first G20 meeting on the matter ended with a grand statement that the G20 was “committed to do whatever it takes to overcome the pandemic”. However, no concrete financial pledge was made in addition to the unprecedented $5 trillion committed to national fiscal packages. On the same day, the President of the European Union Commission stressed the lack of communitarian spirit within the European Union by declaring: “When Europe really needed an all-for-one spirit, too many initially gave an only-for-me response.” Global institutions do have financial instruments to help poor countries dealing with epidemic diseases. However, some of these instruments, like the World Bank’s Pandemic Emergency Financing Facility, have been criticized for their heavy and restrictive conditionality – especially the need for a relatively high number of deaths to occur before the lending can begin (Brim & Wenham, 2019).

It is likely that more global action will be undertaken as the crisis unfolds. But given the inexorable dynamics of exponential growth driving the diffusion of the pandemic, this may be too little too late. The current lack of global concerted action is not only concerning, but also surprising. The eradication of a global pandemic is, in game theory parlance, a “weakest link” game. In other words, if the virus is not eradicated in every country, every country will lose, because sooner or later, the virus will reappear. It is obvious that developing countries (DCs) lack the financial capacity of rich countries to tackle the virus. Measures like lockdowns, which, sooner or later, national governments are bound to enact, rest on substantial “fiscal space” – that is, a large capacity to become indebted to be able to pay unemployment subsidies or emergency living incomes to the millions of workers who have been temporarily made redundant. DCs lack such fiscal space; hence the risk that contagion rates will be sweeping in DCs is high (Hausman, 2020). The fact that international help is not being rolled out suggests either myopia by rich countries or the frightening prospect of a world where people from poor and heavily infected countries are banned from travelling—let alone migrating—to rich countries, as in a de facto Apartheid where epidemic walls replace physical walls. Such a scenario would represent the collapse of one of the key pillars of current globalization.

Are there reasons for hope?

First, evolutionary theory and social sciences argue that people affected by trauma, either due to war or to natural disasters, tend to develop a heightened propensity to cooperate with others (see Bauer et al., 2016, for a review). This is because in a life-threatening situation an individual tends to rely more on others for help and is more highly disposed to reciprocate such help. Societies may then become more cohesive as an effect of this crisis. It is, however, an open question whether this renewed cooperative spirit may have a parochial character, that is, a tendency to favour people exclusively from one’s own group of reference, –typically one’s nation–, or a more cosmopolitan character. It is all too clear that some political leaders are using the COVID-19 crisis to stir nationalist sentiments, as US political leaders labelled COVID-19 the Chinese virus, and Chinese authorities issued unfounded claims that the virus was introduced to Wuhan laboratories by the US Secret Service.

Second, people may change the way they form expectations about the future. The so-called confirmation bias induces people to ignore new information when this contradicts previously held beliefs, especially when this information makes desired outcomes less likely. A confirmation bias may be at the roots of why people ignore the threat of climate change. The COVID-19 crisis may bring home to many people that the climate is not immutable and that low-probability events can be catastrophic. More generally, this crisis may increase the awareness that the rational strategy for societies in the long run is to put strong preventive and insurance mechanisms in place to guard against the possibility of natural disasters. Donald Trump’s disbanding of the National Security Council pandemic response unit, arguably to maximize private profits and GDP growth, is an obvious example of what should not be done.

Third, a side-effect of the COVID-19 crisis is that economies are forced to take a de-carbonising path, as more activities—either work-related or social—will be carried out from home. This will save tons of greenhouse gas emissions currently produced by travel. We have already observed drastic reductions in pollution in areas affected by lockdowns. However, the magnitude of this effect is not clear and there may be rebound effects once the crisis is over. An inequality aspect also exists, as typically labour-intensive low-skilled jobs cannot be replaced with internet-mediated interactions.

What are the prospects for future global cooperation?

Global governance has been lacking in the current crisis. This inaction may be due to sluggishness, to irresponsible wishful thinking by political leaders, to the obstinate dominance of a nationalistic approach to global problem-solving, and to ill-founded willingness to prioritize economic objectives over wellbeing objectives—particularly the protection of human lives. While a simple commitment “to do whatever it takes” works for monetary policy, it is inconsequential for fiscal policy if not followed by facts. The G20 should take urgent and coordinated actions to counter the viral pandemic but also the consequent economic and social pandemics in both developed and developing countries. This requires financial capacity in addition to what is spent for national interventions. Essential first steps include funding the UN intervention plan and jointly cooperating towards finding a coronavirus vaccine. History teaches us that radical social change is often built in the aftermath of crisis. We could envisage a scenario in which people will feel hard-hit by this crisis and retrench into nationalistic mode even further, similar to what happened after the 2008 financial crisis. But we could also envision a future in which people realise that the current “me-first” approach (Snower, 2020) is ultimately self-defeating due to its intrinsic inability to deal with global systemic risk. Multilateralism and even stronger global governance may re-emerge from the ashes of the current crisis, especially if accompanied by inclusive redistributive policies in the transition and if responsible political leaders are voted into power. As former UK Prime Minster Gordon Brown said, a quantum leap in global governance must be demanded now that the world is discovering its fragility. Global threats demand global solutions, and it has to be hoped that a revived cosmopolitan spirit among people around the world will support the emergence of stronger global institutions. These may take the form of global agencies for the prevention and cure of natural disasters. Climate change will pose an even greater threat than that created by the COVID-19 emergency. Our only hope is that humanity learns from its current mistakes and is ready to face such a threat in unity and solidarity, rather than divided and self-centred. 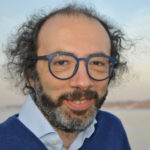 Gianluca Grimalda is an experimental Economist at the Kiel Institute for the world Economy (IFW). He is interested in the psychological and cultural bases of human cooperation, particularly in an international context. He has been a coordinating author in the International Panel on Social Progress, and taskforce chair on "Social cohesion and global inequality" in the Think20 network, providing policy advice to the G20.