A looming debt crisis in developing countries: What role for the G20?

The G20 Finance Ministers and Central Bank Governors are meeting this weekend in Fukuoka, Japan, for their final meeting ahead of the G20 Summit at the end of the month. One issue that should feature high on the agenda is the rise of debt levels in many developing countries.

High debt levels constrain the ability of developing countries to mobilize sufficient financial resources for attaining the Sustainable Development Goals (SDGs). Increased debt levels of developing countries have not only been driven by an increase in credits but also by a shift in the debt composition from traditional development aid, often in the form of concessional loans, towards more non-concessional financing mainly from non-traditional donors and private creditors. In Low-Income Countries (LICs) public debt financed with non-concessional credits doubled between 2007 and 2016. A further problem is that creditors often do not publicly reveal the terms of their loans provided.

Debt vulnerability due to a shift in the pattern of debt

External debt levels have substantially scaled up in developing countries. According to estimates of the International Monetary Fund (IMF) and the World Bank, about 44 per cent of Low-Income Countries (LICs) are currently at high risk or are in debt distress having problems to service its existing debt.

One main reason behind these high debt levels has been a shift in the pattern of debt from concessional to non-concessional debt (debt at market conditions) foremost provided by private creditors and non-traditional donors including China and India. The IMF estimated that public debt at market conditions in LICs increased to 46 percent as a share of total public debt and therefore doubled between 2007 and 2016. According to United Nations Conference on Trade and Development (UNCTAD), public debt of developing countries owed to private creditors as a share of total debt scaled up from about 40 percent in 2000 to about 60 percent in 2017.

In line with this new debt structure, debt conditions have changed to shorter maturities as well as higher and more variable interest rates that increased debt services and refinancing risks. Since foreign currency for repaying debt is earned through exports the ratio of debt service payments to exports represents an important indicator for the level of debt. According to UNCTAD, debt services in per cent of exports of all developing countries accounted for 8.7 per cent in 2011 and to 15.4 per cent in 2016. Heightened debt service obligations do not only endanger debt sustainability but also drives out other public expenditures needed for achieving the SDGs. However, options for refinancing debt in LICs, unlike rising powers such as China, is limited because their access to international financial markets is constrained and national financial systems are often not developed adequately.

This new pattern of debt and the resulting heterogeneous creditor group is associated with new challenges to coordinate debt restructurings. In addition, there are external risks such as increases in global interest rates that could further endanger debt sustainability and financial stability in developing countries.

At the G20 level, the group should continue working on the Operational Guidelines for Sustainable Financing that they had established under the German presidency in 2017. These Guidelines cover the conduct of lenders and borrowers such as information sharing and transparency, coordination of stakeholders or the promotion of contractual clauses. Since various proposals for similar guidelines have been put forward and partly implemented by the Institute of International Finance (a global association of private financial institutions), the United Nations, the G20 and the Organisation for Economic Cooperation and Development (OECD) it would be crucial to propose and establish a set of uniform guidelines for responsible lending and borrowing. The G20 can play an important role in promoting dialogue on this instrument.

The new composition of the debt structure creates a new and more heterogeneous creditor group that impedes debt restructuring. For this reason, the use of tools tackling coordination problems are crucial including collective clauses used in sovereign bond contracts. These clauses serve to simplify restructuring sovereign bonds by using for example majority rules during a bond restructuring. The G20 should further promote the extended application of this instrument, as mentioned in the G20 Guidelines.

Responsibilities of the G20 countries

Bilateral donors, acknowledging their responsibilities, should endorse measures to improve public debt management and should contribute to sustainable debt structures of developing countries considering adequate loan maturities, interest rates and ratios of domestic and foreign currency. The G20 countries’ activities in this area need to be better coordinated with the debt management measures established by multilateral institutions including the Debt Management Facility of the World Bank and the IMF as well as UNCTAD’s Debt Management and Financial Analysis System Programme.

In view of the heightened debt vulnerabilities in developing countries, the G20 need to act now to prevent a renewed debt crisis. Ensuring debt sustainability in these countries represents a shared responsibility of both lenders and borrowers. 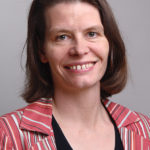