The rising living standards that have come with China’s opening in the 1980s initially lent widespread support to the view of trade as a key engine of economic growth, North and South. For low- and middle-income countries, the rise of China has been shown to be a boon during the 2000s. As a result, the impact of China on both the low- and middle-income countries has grown significantly, while the impact of OECD countries has significantly declined.

In contrast to the conventional view of globalization as a win-win setting, recent studies on the ‘China shock’ have, for instance, focused on the job reducing effect of surging imports from China on the US labor market. The loss of US manufacturing jobs has facilitated Donald Trump’s victory in the last US presidential elections. The former mainstream view of trade by and large benign has also been challenged by evidence outside the US.

“The China Shock” literature traces the adjustment costs and distributional consequences of trade discernible in local US labor markets with industries most exposed to foreign competition. Wages and labor-force participation rates remain depressed and unemployment rates elevated for at least a full decade after the China trade shock commences. This would imply that exposed workers experience reduced lifetime income. Results suggest that policymakers in advanced countries need to deploy a battery of policies not only to compensate the ‘China shock’ losers, but also to counteract trade-related losses with active labor market and place-based regional policies.

China also left its mark on the US manufacturing sector. Over forty years, from China’s initial opening at the end of the 1970s to the 2008/9 GFC, the US lost industry jobs. The decline in manufacturing sector employment accelerated once China had joined the WTO (2001) (Figure 1). Yet, job losses from import competition alone do not give the full picture. By focusing on job gains from China-enhanced globalization, research shows that although the net manufacturing job impact was negative between 1991-2007, it became neutral thereafter as China started to stimulate consumption and imports. Since 2009, a mini renaissance has taken place in US manufacturing employment.

What is often missed in analyzing globalization is that the broad-based rise of China has gone and is still going through three distinctive phases.

The first phase of the ‘China shock’ in the 1980s and 1990s went along with low-skill wage pressures and higher returns to capital in OECD countries. The opening of China, India and the former Soviet bloc had effectively doubled the pool of low-skilled labor. The shape and speed of the newcomers’ integration into the world economy then depended importantly on the transfer of labor from rural low-productivity areas to urban high-productivity sectors. The world economy faced for a while an ‘unlimited supply of labor’ at wages not far from the subsistence level. The labor supply shock led to a drop in the price of wage-intensive goods that caused a reduction in the equilibrium wage or, alternatively with low wage flexibility, job losses, as predicted by the Stolper-Samuelson theorem.

The second phase, from China’s WTO accession 2001 to the 2008/9 Global Financial Crisis (GFC), saw pervasive convergence of developing countries largely due to increasingly China-centric growth and higher raw material prices. While oil and metal producers benefitted, the majority of OECD countries, being net commodity importers, suffered terms of trade losses. As global trade turned increasingly imbalanced, China became singled out as a currency manipulator. Deindustrialization in some OECD countries became wrongly attributed to external deficits. However, during the 2000s, current account surpluses of around 100 countries had largely arisen in response to the US current account deficit – the excess of US investment over US savings.

The third phase of the ‘China Shock’ has since the GFC witnessed a reversal of these trends as China is transforming its production and trade patterns toward consumption, away from investment and intermediate trade. As China’s formerly ‘unlimited supply of labor’ has been largely absorbed, its population rapidly ageing, and as India’s fertility rate has come down, the growth of Asia´s labor has peaked for now. A slowing working-age population will increasingly mirror a rising middle-class consumer population. This stimulates ‘ordinary’ global trade fueled by higher consumption, whereas intermediate processing trade has started to stagnate.

China’s economy still grows fast by international standards and will remain one of the main global growth drivers for the foreseeable future. With China’s wages rising rapidly in dollar and yuan terms, wage pressures from the ‘China Shock’ felt in the OECD are probably a thing of the past. Sadly, the first opening phase of the 1980s and 1990s informs today´s protectionist measures. The ‘China shock’ literature does not propose protectionism. It risks being exploited, however. Globalization (and technological change) affects a middle class that has lost good jobs or is afraid of imminent job losses. Protectionism will hurt both emerging and OECD countries alike, especially if it leads to a global trade war. Policy should focus instead on the globalization benefits of a rebalanced China – the ´China treat´.

This entry is derived from work on the OECD Perspectives on Global Development 2019, to be published November 2018. 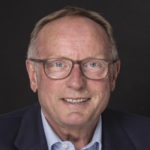 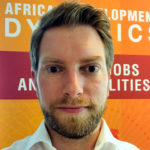 Michael A. Stemmer is an economist at the OECD Development Centre. His work currently covers the 2019 edition of the “Perspectives on Global Development” report, exploring economic globalisation and development strategies for low income countries from a macroeconomic perspective.