From 25 to 27 July, South Africa organised the tenth BRICS summit. The heads of state and government from Brazil, Russia, India, China and the host country convened in Johannesburg against the backdrop of rising insecurity and fragmentation in the global system.

The harmonious proceedings and the substantive outcome document have succeeded in consolidating the “diplomatic personality” (Andrew Cooper) of the informal club and strengthened its position as the most relevant ‚”geopolitical counterweight” (Elizabeth Sidiropoulos) to the West. Symbolically charged, the summit’s title carried the programmatic message “BRICS in Africa”. Under its new president, Cyril Ramaphosa, South Africa skilfully used the globally observed event to re-assert its role as a champion of African progress and active player in global governance.

Slightly adapting the pre-conference framework of Danny Bradlow, three tests can be applied to assess the results of the BRICS summit:

The summit underlined the ability of the highly heterogeneous five-country alliance to focus on common interests, while putting aside geopolitical and economic differences. To a considerable extent, the unified front has come about as a consequence of President Trump’s confrontational course. The looming trade war with the U.S. has motivated China to seek a new rapprochement with India. This represents a significant shift of attitude compared to the recent Doklam border conflict between the two countries which almost derailed last year’s BRICS summit. The relations between China and Russia have also intensified lately in response to increasing U.S. pressure.

The summit declaration elaborates on a long list of joint activities across a wide range of policy issues. Considered as a whole, such (incremental) steps strengthen the internal cohesion of the bloc through a “new instrumental dynamism” (Andrew Cooper). For example, leaders acknowledged the ministerial decision to establish an energy research platform and supported the agricultural platform initiated by India in 2016. The host’s proposals for a new working group on tourism and a vaccine research centre (to be based in South Africa) were favourably received by the other governments. In line with the meeting’s thematic focus on digitalisation, leaders also accepted the host’s suggestion to form a “Partnership on the New Industrial Revolution” for knowledge sharing and common activities. However, two key elements of the South African agenda did not (yet) find sufficient support: the working group on peacekeeping and the Women’s Forum.

Civil society organisations noted with satisfaction the positive reference of the outcome document to various dialogue formats with non-state actors, namely the Think-Tank Council, Academic Forum, Civil BRICS Forum, Young Diplomats Forum, Youth Summit and Young Scientists Forum. They were also pleased by the announcement of the 3rd BRICS seminar on governance 2019 in Brazil “with greater and more diverse participation of academia and thinktanks”. However, the request for an institutionalised “civil society track” (Marianne Buenaventura) did not materialise. Similarly, ambitious institutional innovations, such as the Indian proposal of 2015 for a joint credit rating agency, did not make it into the summit declaration.

Over recent years, extensive outreach towards other developing countries has strengthened the common purpose and collective identity of the BRICS grouping. In 2017, China introduced the concept of “BRICS Plus” which aims at expanding the membership base, thus establishing the alliance as premier forum of South-South cooperation. The effort has met with substantial opposition from India in fear of a growing Chinese dominance. South Africa followed up on the Chinese initiative by inviting Argentina as G20 presidency, Indonesia, Turkey and Egypt, a step explicitly recognised in the summit document as “second BRICS Plus Cooperation with Emerging Markets and Developing Countries”. Additional non-member states and regional organisations joined for the “BRICS-Africa Outreach” on the final day, with altogether 21 heads of state in attendance.

Benefits for the developing world

As current chair, South Africa went out of the way to emphasise BRICS concerns for developing countries, with a particular focus on “Africa’s economic transformation” (Nadira Bayat). BRICS leaders affirmed their intent that the regional centres of the New Development Bank (NDB), one already set up in Johannesburg and another planned for Brazil, should become a major source of infrastructure financing for non-members. However, the summit did not follow up on the idea of opening up NDB membership to further developing countries. Leaders reiterated their support of the African Union’s Agenda 2063 and the African Continental Free Trade Agreement, but stopped short of announcing specific measures in this regard.

They also shied away from addressing the contentious issue of aligning bilateral cooperation strategies of BRICS members with Africa, such as China’s Belt and Road Initiative and India’s Asia-Africa Growth Corridor. Visits by President Xi Jinping and and President Modi to certain African countries immediately prior to the summit underlined the relevance attributed to the continent in the respective foreign policy concepts. Nor did the BRICS follow up on an effort initiated by India in 2015 to convene the national agencies for development cooperation and explore a shared framework for South-South cooperation, which would include common principles for transparency, accountability and impact assessment.

In a time of toxic nationalisms and bilateral deals, the unequivocal commitment of BRICS leaders to multilateralism “based on international law” and, more specifically, to the “United Nations as the universal intergovernmental organisation” as well as the “centrality of the World Trade Organisation” is of high (symbolic) value. It is also relevant to note the declared support for the 2030 Agenda for Sustainable Development and the Paris climate agreement, guided by the “principles of common but differentiated responsibilities and respective capabilities”. The Southern leaders, rightly, reminded advanced countries to honour their pledges of higher official development assistance but shied away from any concrete statement on their own contributions to fellow developing countries for implementation of the Sustainable Development Goals. Such reluctance feeds into continuing doubts whether “BRICS can provide much needed global public goods” (Oliver Stuenkel).

The BRICS summit in South Africa has consolidated the cohesion of the informal club, beyond all differences in economic capacities and geopolitical ambitions. But a “new BRICS development paradigm” (Karin Costa Vazquez) is nowhere in sight. Their policies follow the conventional trajectory of resource-intensive growth, not aligned with the principles of planetary boundaries and social justice. Still, in light of systemic risks and destructive tendencies at the global level, the pragmatic alliance of Southern powers represents a constructive source of political authority. By strengthening internal cohesion and expanding their outreach, BRICS as a collective actor plays a stabilising role in the global system which presently goes through irreversible, structural power shifts. While BRICS member states are forcefully consolidating their institutional arrangements, they should also step up their efforts in support of the developing world and the global common good. Only then will they be seen as a legitimate force in “underwriting the rules of the game” (Sanusha Naidu) for a world struggling towards inclusive and sustainable development. 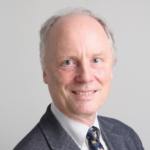