What we can expect from the Hamburg G20 Summit Hamburg could mark a departure

Much of the criticism levelled at the Group of 20 (G20), the club of the world’s most economically powerful industrialised and emerging economies, is justified. The Hamburg summit will play host to high-level autocrats and, in many ways, its agenda is far removed from the needs and standards of a just, inclusive and sustainable global economy. Policy advisors still hoping for the gathering to deliver in some way are banking on an initiative supported by the EU countries and their civil societies in cooperation with several partners from the global South, an initiative designed to promote sustainability solidarity and participation.

The two historic agreements of 2015 – the Paris Agreement and the 2030 Agenda for Sustainable Development – need to be pursued with vigour if they are not to be cast aside by ideologues with “Our country first” agendas. The German G20 Presidency could play a key role in this regard, but a decisive Europeanisation of this initiative, driven by a dynamic Franco-German alliance, would be even better. Avowed unilateralists will be present in Hamburg, pushing ideas such as “America first”, a Neo-Ottoman Empire and a Eurasian protection zone. It is precisely for this reason that there is an urgent need for key G20 members to send out clear signals with regard to revitalising multilateral cooperation. A strong G18 or G19 declaration on climate change mitigation would set an example in terms of reason and sustainability.

Intergovernmental cooperation is insufficient for driving global cooperation in difficult times. This is where the outreach groups, which have developed around the G20, come in: Business 20 with proposals by entrepreneurs, Labour 20 with its trade union members, and, in particular, Civil 20. These initiatives, which are geared towards the common good, are supported by Think 20, a group of renowned think tanks which aim to drive a sustainable and inclusive globalisation process by means of a new governance architecture. Europeanisation is specifically defined as making this periphery of global governance more central. It is no small thing that these connections between the G20 societies are becoming ever closer precisely at a time when multilateralism is being undermined by authoritarian governments. Global cooperation can also be seen as a bottom-up process.

A new finance architecture for our global society and its connection with the financing of global climate change mitigation is especially important in this regard. Future funds can serve this purpose. The climate and sustainability accords from the Paris and New York summits in autumn 2015 imply very rapid processes of decarbonisation and zero emissions in 2050, representing major challenges, especially for G20 countries, which account for over 80 per cent of greenhouse gas emissions. But even Saudi Arabia and Russia are beginning to recognise that the fossil fuel age is coming to an end. So how do we raise the enormous investment funding for effective climate change mitigation and sustainable development while immense amounts of speculative capital are circulating around the world looking to be invested at the same time? Norway has shown one possible way. It is feeding revenues from oil and natural gas extraction into state pension funds. This idea could be picked up by G20 countries and effect into transformative future funds. These funds would fuel sustainability and decarbonisation oriented investments, and help to unlock private capital towards the achievement of the goals of the Paris Agreement and the 2030 Agenda. The funds would take resources for boosting investment activities in key transformation sectors (such as storage technologies, infrastructure for electrical mobility, climate-friendly building materials). These sectors are rarely the focus of private investors looking for short-term profit or of the typical incentives of the Keynesian macroeconomic model. Investment will also be made in supporting the transformation at socio-political and structural-policy level in order to benefit the losers of this transformation in old industrial regions – for example based on proactive labour market policies. Additionally, there is a need for investment in international cooperation on climate issues in order to support developing countries in their efforts to mitigate and adapt to the effects of climate change. G20 countries moving jointly into this direction could foster and accelerate sustainability and jobs, therefore linking economic modernization with an ethical dimension of national and international social justice and a strong generational component. The proposal aims to bring about a greater level of involvement on the part of states in unlocking investment activities (cardinal sin number one from a neoliberal perspective), implies selective tax increases (cardinal sin number two) and touches therefore on taboo topics which should no longer be taboo if we are to achieve sustainable development.

How to fuel the Future Funds? They would be filled with sustainability taxes, differentiated at national level: inheritance and estate tax on the one hand and carbon tax and emissions trading revenue on the other, both of which need to be levied and harmonised at international level in order to prevent regional disadvantages (which is precisely what the G20 must seek to achieve, with or without the United States)

The latter correspond to the polluter pays principle associated with the historic responsibility of the old industrialised nations, while the former take the historic principle of social solidarity and combine it with a sense of responsibility for the future. Societies that have generated a great deal of emissions have to pay a higher amount of money, and private individuals who have benefited from the accumulation of property should contribute a portion of their wealth towards shaping a common future for all by paying a progressive inheritance tax on their estate. It should be noted in this context that, in Germany for example, 1.5% of inheritances account for one third of the current inheritance and endowment volume. This means that the redistribution is not hitting medium-sized family business, as often claimed, but rather the dynasty of the super rich, whose assets can barely be quantified. A sensible carbon price of EUR 30 to 40 per tonne and a moderate 10 to 20% inheritance and estate tax would enable the development of a EUR 400 to 1000 billion Future Fund in Germany alone by 2040.

As a result, practical climate change mitigation would not be seen merely as a sacrifice and burden (higher taxes, invocation of natural disasters, slashing of old industrial jobs), but also presented as an entrepreneurial and social project that gives rise to creative ideas, brings new entrepreneurs into the game, delivers material and non-material gains and, what a luxury, gives stakeholders a sense of fun and fulfilment! If Europe moves forward in this direction, then a new sense of dynamism will be created, as it will offer millions of well-educated, young people committed to the concept of an open society a worthwhile task, well-paid employment and a sustainable society. If, through intelligent cooperation between Merkel and Macron, Europe is able to bring as many partners within the G20 on board with this idea as possible, then the G20 Summit in Hamburg could mark a departure from the world of yesterday’s autocrats and unilateralists. 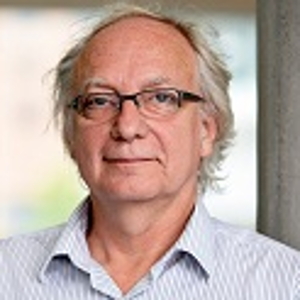 Claus Leggewie is Director of theInstitute for Advanced Study in the Humanities / Kulturwissenschaftliches Institut Essen (KWI) and the Käte Hamburger Kolleg / Centre for Global Cooperation Research, Member of the German Advisory Council on Global Change (WBGU)