Beyond formalizing the legal ground

Since 2011, the Syrian Civil War has created five million displaced Syrians. With the world struggling to accommodate them, most of the responsibility has fallen on to the shoulders of neighboring countries, especially Turkey, Lebanon and Jordan. Six years into the war, the initial emergency phase is over, as the outflow of displaced Syrians has declined. International aid interventions and institutions are in place, and for the most part, working. Now, the issue is less about emergency humanitarian aid, and more about sustainable integration. Hence, the role of public policy to enable labor market integration becomes more pressing and challenging.

A deeper engagement of the G20 with the effects of forced migration and displacement is crucial in Turkey, Lebanon and Jordan, where generating inclusive job opportunities and formal employment are major bottlenecks to the integration of displaced Syrians. This blog post explores the right of Syrians to access the labor market in Turkey, as well as the barriers they face in obtaining formal employment. It concludes with a policy proposal for the G20 to address this controversial subject, not only in Turkey, but also in the lower and other upper middle-income countries where 65 percent of the world’s total refugees reside.

“Upon giving Syrians the right to work legally, there have not been enough applications [to obtain work permits]” said a high ranking official of the Ministry of Labor and Social Security at a meeting with the Turkish Employment Agency (İŞKUR) in the province of Hatay, “Syrians prefer the informal economy due to the costs associated with getting the work permit”, she added.

At a first glance, it looks as though Syrians do not have an incentive to work legally, since they have to bear the costs of getting a work permit on their own. This however, is a widespread misunderstanding held among both Syrians and Turkish employers. The way the current regulation stands, Syrians do not bear the cost of their work permits. Plus, working legally would turn Syrians to taxpayers, contributors to social security and beneficiaries from healthcare services.

There are two laws that mark policy shifts in Turkey toward Syrian asylum seekers and refugees. The first one is the Law on Foreigners and International Protection (LFIP). In force since October 2014, the law oversees the legal status of Syrians as Foreigners under Temporary Protection. This is a result of the geographical limitation Turkey maintains under the 1951 Refugee Convention. This means Turkey is legally obliged to grant refugee status only to European citizens seeking asylum “due to events occurring in Europe”, even though the majority of contemporary asylum seekers in Turkey are from non-European states. The LFIP, however, abides by the 1951 Convention principal of Non-Refoulment, and grants Syrians access to the basic public provisions of health and education.

The second law is more progressive in nature and shifted Ankara’s policy from one of “hospitality” to one of “harmonization.” The aim is to have a legal umbrella for Syrians who are of working age and who could potentially enter the labor market in Turkey.

The following criteria explain the process of how Syrians under Temporary Protection can obtain work permits. First, it is the employer’s responsibility to apply – after signing a contract – for a work permit on behalf of the Syrian employee via an online portal of the Ministry of Labor and Social Security. Before the submission of the application however, there is a waiting period of four weeks during which the employer has to document that there is no Turkish citizen of an equal skillset who can be employed to fill the vacancy. This is common practice in many countries. Second, the number of Syrians under Temporary Protection cannot exceed 10 percent of the workforce at any workplace. Third, they are paid at least the minimum wage ($424). Fourth, they are allowed to work only in the provinces they are registered in. Finally, the employers of Syrians under Temporary Protection who hire them to work in seasonal jobs (agriculture and animal husbandry) are exempt from applying for work permits. This indicates that less than 1 percent of Syrians of working age are in the formal labor market. Almost all Syrians who work in Turkey therefore do so in the informal labor market.

Formalizing the legal grounds for Syrians to access the labor market is an important first step. As the policy stands however, it does not solve the problem of the illegal employment of Syrians. On the one hand, unemployment in Turkey is at its highest recorded level in seven years. The southeastern region of Turkey – where 35 percent of Syrians in the country reside – has long suffered from high unemployment rates. The sudden mass influx of Syrians to Turkey and especially to the southeast region has created a supply shock in the labor market. According to the Central Bank of Turkey, this shock has generated intense competition in low-skilled jobs between locals and Syrians. Consequently, unemployment has increased, with women and youth facing the strongest negative impact. On the other hand, employers cite a number of concerns about the viability of Syrian asylum seekers as employees, namely poor language skills, lack of occupational skills and an incompatible work culture. As a result, there is a tendency in the private sector to hire Syrians informally as “flexible labor.” This essentially means Syrian asylum seekers in Turkey with jobs are usually working below minimum wage, with longer shifts, under indecent working conditions, and employers are avoiding social security premiums and work permit fees.

The next step after formalizing the legal grounds is to generate decent, inclusive and scalable jobs. One way to do so is through “Made by Refugees (MBR) Zones”, already mentioned in our policy brief for the T20. The G20 should mobilize the private sector into the already existing and underutilized zones in Turkey where Multi-National Corporations (MNCs) could expand their supply chains. Turkey would appeal to these MNCs partly due to its EU-compliant manufacturing standards, but also because of its geographical proximity and the presence of cheap labor, including the community of forcibly displaced Syrians. 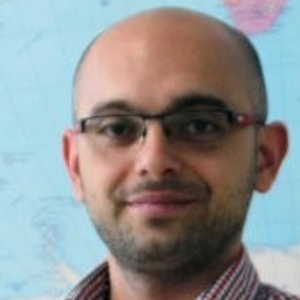 Omar Kadkoy is a Research Associate at TEPAV, the Economic Policy Research Foundation of Turkey