Migration and cash flows demonstrate the lack of confidence that many African societies have in their economic and political systems. If this problem is to be solved, development cooperation actors need to work with the private sector and strengthen civil society structures in order to gradually work themselves out of a job.

Africa’s young generation lacks confidence in the future of its continent. Symbolic of this trend are the many young people who risk their lives in the Mediterranean Sea each year in the hope of enjoying the prosperity of European countries, finding a job and sending some money to their families back home each month. The reasons for these migration flows, rapid population growth and high youth unemployment are becoming particularly problematic in poor, structurally-weak countries. But even African countries whose economies actually generate sufficient capital for urgently needed investment are affected. There is tremendous demand, but the money all too often fails to make it into the cycle of investment, resulting economic expansion and more investment.

This is because, in a very similar way to the young people, but under completely different conditions, Africa’s small but extremely wealthy elite are demonstrating their lack of confidence in the structures they themselves created and investing their money abroad. Studies on illicit capital flows – a term which encompasses more than mere capital flight – show that, on average, African states lose USD 60 billion in capital each year. This money, which is urgently needed for infrastructural and industry investment, generally ends up in the United States and Europe or in tax havens, where it is safely invested but least beneficial to sustainable economic development in Africa.

There are two goals that must be pursued by sustainable development cooperation in this context. First, people in Africa need more job opportunities. German businesses have an excellent reputation at international level, and German expertise and knowledge transfer is required in Africa. However, Germany’s economic relations with the continent of opportunity leave something to be desired. Bilateral trade between Germany and sub-Saharan Africa was worth around EUR 26 billion in 2015, of which approximately two thirds were accounted for by trade with the powerhouse of South Africa and the continent’s largest petroleum producer, Nigeria. Close economic relations and fair trade are a logical outflow of development cooperation focused on stability and prosperity. This is why we need an investment initiative from the private sector. For instance, the state can provide support here in the form of guarantees, measures to promote free and fair trade, and assistance with dual vocational training.

Second, good governance is a basic requirement for a stable political and economic environment. Germany is increasingly attaching conditions to the funding it provides in order to ensure that African politicians fulfil their responsibilities to their citizens. However, it is far more effective and sustainable for citizens themselves to demand good policy from their governments. While this demand may seem trite to many, it lays at the heart of the principle of helping people to help themselves, something which often gets lost in day-to-day practice. And what is more, the future of development cooperation will be significantly determined by the extent to which we are able to place economic development and good governance in the hands of the people. After all, working taxpayers are keen to find out what is being done with their money. 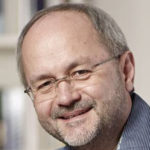 Volkmar Klein (56), from Germany’s Christian Democratic Union (CDU) party, is a Member of the German Bundestag for the Siegen-Wittgenstein constituency. He serves on the Bundestag’s Budget Committee as Rapporteur for Economic Cooperation and Development, and is also committed to improving development in Africa in his role as Deputy Member of the Bundestag’s Committee on Foreign Affairs. Klein studied economics in Bonn, after which he gained experience in responsible positions within SMEs and as an honorary mayor.