Access to Financial Services But Without the Skills to Use Them: The Importance of Financial Literacy At the 2010 G20 summit in Seoul, leaders recognized greater financial inclusion as a core component of global development in both rich and emerging economies, and established the Global Partnership for Financial Inclusion (GPFI). Following the recent GPFI meeting under Germany’s G20 Presidency over May 2-4, Annamaria Lusardi explores some of the costs of financial illiteracy, and makes the case for G20 leaders to expand financial literacy education services.

Only half of the adults in major advanced economies who use a credit card or borrow from a financial institution are financially literate. In emerging economies, financial literacy levels are even lower. And around the world, population subgroups—women, the poor, people with low formal education—trail in their financial knowledge, regardless of the strength of their countries’ economies.

According to the new Standard & Poor’s Global Financial Literacy survey—the world’s largest and most comprehensive study of financial knowledge—we have reached a crisis stage. Financial literacy is not only very low in emerging countries, such as the BRICS, but it is also shockingly low in countries with well-developed financial markets and countries with high per-capita income. That includes the major advanced economies—among them the G7—where the use of financial products is widespread.

In order to make sound financial decisions, people must understand at least basic financial concepts. Yet the data shows that too much of the world’s population lacks the ability to make informed financial choices when it comes to saving, investing, borrowing, and more.

Financial knowledge is especially important during times when increasingly complex financial products are easily available to a wide range of the population. We are living in those times. As governments in many countries push to boost access to financial services, the number of people with bank accounts and credit products is rising rapidly. Changes in the pension landscape are transferring decision-making responsibility to workers who previously relied on their employers or governments to ensure their financial security after retirement. In the United States, where lawmakers are promising to revise an already complicated health insurance system, most Americans do not understand the precepts of insurance. In China, where credit card ownership has doubled since 2011, only half of credit card owners can perform simple calculations related to interest.

The potential benefits of financial literacy, meanwhile, are manifold. People with strong financial skills do a better job planning and saving for retirement. Financially savvy investors are more likely to diversify risk by spreading funds across several ventures. They also earn more on their investments.

Worldwide, there are striking similarities among the groups that are less likely to be financially literate. Irrespective of the level of income or the sophistication of the financial markets, women’s financial literacy levels are low—and that is true in almost all countries. This finding is important since roughly half the people on the planet are female. Worldwide, 30 percent of women are financially literate. That compares with 35 percent of men.

Financial literacy skills are important for people who use payment, savings, credit, and risk-management products. For many, opening an account at a bank or other financial institution—or using a mobile money-service provider—is an important first step to participation in the financial system. When people have financial accounts and use digital payments, they are better able to provide for their families, save money for the future, and survive economic shocks. According to the S&P Global FinLit Survey, financial account holders tend to be more financially savvy (although plenty of them still lack financial skills). Globally, 38 percent of account-owning adults are financially literate, as are 57 percent of account owners in major advanced economies and 30 percent in major emerging economies.

But there is a drawback. Account owners without financial knowledge may not fully benefit from what their accounts have to offer. Even more, this access to financial products can propel them into financial disaster, such as high debt or bankruptcy.

Take savings as an example. Globally, 57 percent of adults save money, but just 27 percent use a formal financial institution, such as a bank, to do so. Others rely on more precarious and less lucrative alternatives, such as informal savings groups or stuffing cash under a mattress. Only 42 percent of account owners worldwide use their accounts to save, and 45 percent of these adult savers are financially literate. Given the benefits derived from using financial services, it is important to ensure that people are capable of managing those services to their advantage.

School seems a great place to start, both for its capacity to reach large segments of the population (including women) and because individuals lacking financial knowledge are less likely to learn it from families or peers. Low-income groups can be targeted by embedding financial education programs in some of the programs already offered to them.

The message of the G20 Summit is “shaping an interconnected world.” As these influential leaders convene to empower people around the globe, addressing the challenges of financial literacy promises a high-impact multiplier effect.

Percentage of adults who are financially literate

The author  organized and moderated the session Digitising Finance and Financial Literacy—Growing Importance in a Digital Landscape and a Low Interest Rate Environment at the G20 conference in Wiesbaden, Germany, on January 25-26, 2017. This article is an abridged version of the research described in this paper. 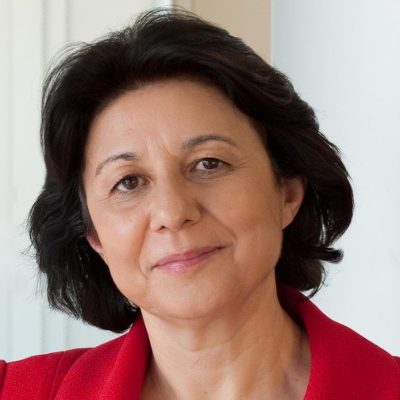 Annamaria Lusardi is the Denit Trust Endowed Chair of Economics and Accountancy at the George Washington University School of Business.