How to reconcile values and interests in EU-Africa relations? Europe and Africa at a crossroads

The democracy, rule of law and human rights agenda is under pressure but it is more relevant than ever in the Europe-Africa dialogue. Fears of the negative effects of globalisation, growing inequalities and the refugee crisis have caused a wave of populism in Western liberal democracies. In several European countries, traditional political parties are losing the trust of significant parts of the population. This also affects the role that Europe is playing in the global world and in its partnership with Africa as the closest neighbour. Geopolitical and economic interests seem to take the upper hand over the values in EU foreign policy.

At first sight, there seems to be nothing wrong with this approach. The question can be raised, however, whether the EU is still interested in reconciling its interests with its values in its foreign policy. On paper, Europe has always set the bar high with dazzling declarations and strategies in relation to Africa that strongly stress the importance of democracy, governance and human rights agendas. More than ever before in these insecure and volatile times, the EU seems to have increasing difficulties to practise what it preaches.

Interests and values: two sides of the same coin?

With the consequences of the Arab Spring and the Libyan conflict in mind, support to democratisation in Africa is increasingly perceived as a “risky business” as it could potentially unleash conflict and instability. Competition from other major players in Africa who have never been concerned with values agendas has further fuelled this risk aversion.

In practice, it seems that the concept of “principled pragmatism”, propagated by the High Representative Federica Mogherini, is increasingly interpreted as a way to silently tolerate and even support undemocratic African regimes that, first and foremost, serve Europe’s strategic interests. This affects the credibility of the EU as a value-driven player in Africa.

This worrying trend in Europe’s foreign policy is taking place against a background of rapidly growing democratic aspirations of young African populations. This begs the question whether interests values are really mutually exclusive. Maybe the focus should not only lie on the possible trade-offs but on what an EU can do on different levels, at different speeds and with different tools.

Elections are not enough: the African youth wants more

Youths in Africa are not only rapidly growing in numbers. Recent years have brought new forms of political activism and a strong demand for political renewal, fuelled by an outrage towards the proliferation of kleptocratic political dynasties in many countries. There are clear signs of hope in a number of African countries. In the past year, no less than 24 elections took place in Africa. West Africa, in particular, is setting a positive trend, with 10 elections in recent years that led to peaceful changes of government and, in quite a few cases, to the removal from power of the ruling party. Recently, the Economic Community of West African States (ECOWAS) as a regional body, has also played a remarkable role in brokering a peaceful transition in the Gambia after 22 years of Jammeh’s rule.

But democracy is more than just elections. While we witness a positive and encouraging change in some African countries, the reality on the ground in most African countries is not always as rosy. In several countries, formal elections did not result in a deeper and more substantive democracy, able to guarantee development outcomes for the benefit of the people.

Europe could do more and better

In restrictive environments, where the space to criticise and express opinions is shrinking, African populations, civil society organisations and human rights activists expect a stronger support from Europe as a longstanding ally and as a promoter of freedom and democracy. What could be done to give to these values a renewed, prominent place in the EU-Africa partnership?

First of all, it is key that the debate on values is no longer dominated by one (European) side over the other (African) side. This type of patronising attitude has been a major irritant for the Africans and it has blocked a constructive dialogue in successive EU-Africa summits.

Both continents should start from the recognition that some values have been embraced by the international community as universal. Each and every society has to fight for the protection of these, as we also increasingly witness human rights violations within Europe as well – think of the treatment of refugees in some member states and of some restrictive measures against the freedom of expression. Both continents should be able to hold each other to account for violations of these values.

Secondly, large populations in Africa expect political courage and sustained support from the EU in their claims for more democracy, more freedom of expression and respect for the rule of law. For many Africans the value agenda cannot be subordinated to purely security concerns. There is a major challenge to be firm in high-level political dialogue with authoritarian regimes, while not patronising or imposing unrealistic conditionalities that have hardly worked in the past.

Thirdly, Europe also might need a much more sophisticated and differentiated toolbox to deal with the complexities of the very different African political systems and societies. This should include amongst others a commitment from the EU to refrain from praising or supporting dictatorship, even in so-called “developmental states”. While these may have ensured economic development and national and regional stability in the short-term, failure to open up society has already lead to uprising and violence, e.g. in the case of Ethiopia. In such countries, there is a need for a firm, consistent and open EU dialogue without sending out contradictory signals or providing the wrong incentives. Good donor coordination can avoid that certain EU countries criticise the government while other EU countries at the same time praise the government and increase their support. The coherence of the messages conveyed to the African government by the EU member states and the EU institutions is essential to ensure credibility and effectiveness.

Also, EU staff in the field could and should be better prepared to think and act more politically, ready to come to grips with the complexities of African societies and the close interconnectedness between economic and political power.

As this is highly sensitive political work, the EU should also link up efforts more systematically and build alliances with pan-African and regional organisations on the continent, which could be effective actors in promoting change. The role played by ECOWAS in supporting democracy in the Gambia is one concrete illustration of the potential of African regional organisations.

The EU and the AU should not disappoint young Africans

Europe and Africa are at a crossroads. Either both continents pull back on the democracy aspirations and value agendas or they make it again an essential component of the partnership. This should be reflected not only in ambitious words but also in practice. The “soft” value agenda remains more relevant than ever. The European Union and the African Union who will organise the next Abidjan summit should not disappoint the young generations of Africans, who want change and who expect more from Europe in their strive for emancipation.

A longer version of this blog has previously been published with the ECPDM Talking Point Blog. 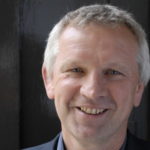 Geert Laporte is Deputy Director at ECDPM. He is responsible for ECDPM’s relations with the EU, ACP and African institutions and a broad network of partners in different parts of the world.