Ending poverty is not impossible

We and millions of European and other ‘Western’ citizens are living in times of abundant pessimism and turbulence, dominated by social discontent, uncertainty over the future, and rising populism.

In this uncertain landscape that seems to dominate the media, we often forget the great and positive achievements made beyond our own borders. There is one piece of news in particular which deserves more attention: over the last 30 years, the percentage of people living in extreme poverty around the world has been cut by more than half. Not only that, for the first time in history the world is within reach of ending extreme poverty, defined as existing on US$ 1.90 or less per person, per day. The aim is to eradicate it by 2030, an objective embodied in the World Bank Group’s goals and enshrined in the United Nations’ Sustainable Development Goal 1, subscribed to by nearly every country in the world.

Can we get there in 13 years? What does this depend on? The World Bank Group’s recent report, “Poverty and Shared Prosperity 2016: Taking on Inequality,” published in October 2016, and benefitting from substantial German Development Institute support, shows that the number of people in the world living in extreme poverty has fallen by nearly 1.1 billion over the last two and a half decades, a period in which the world population increased by 2 billion (see figure). During this time, extreme poverty has fallen in all regions but Sub Saharan Africa, where despite a decrease of the percentage of extreme poor, the absolute number has actually increased due to strong population growth. At the global level, the impressive reduction has effectively brought the number of extreme poor from 1.2 billion to less than 800 million in 2013, a decrease of almost 50 million per year – equivalent to the population of Colombia or South Korea.

In light of this, it would appear that eradicating extreme poverty by 2030 could be easy. Indeed, if poverty reduction continued at the same pace as that of the last 25 years, we could eliminate extreme poverty easily before 2030. Yet, this is unlikely to be the case, and we need to be cautious about the future. The progress made since 1990 has relied heavily on extraordinary economic growth rates in China, Indonesia and other large emerging economies which have mostly eliminated extreme poverty within their borders. Future poverty reduction will need to come from other countries, for instance, India, which still houses over 200 million extreme poor. India’s ability to reduce poverty will be crucial to the world’s progress toward 2030.

Inclusive development that allows for better distribution of the benefits of growth will be key to ending poverty. World Bank simulations (Lakner, Negre and Prydz, 2014) updated for the report showed that the goal can only be reached if inequality goes down, especially in those countries with significant numbers of extreme poor. Contrary to popular belief, developing countries have seen significant reductions in inequality over the last two decades, while inequality has by and large increased in industrialized countries. The most recent data around the 2008-13 period show that in 60% of the countries for which we have data, representing over 80% of the world population, the incomes of the poorest 40% in each country grew faster than the country’s average.

The good news is that we know what works and what does not to tackle inequality. Three sets of widely-accepted policies that can lead to more inclusive development:

Different countries have followed different paths in pursuing shared prosperity, with different degrees of economic liberalization, trade openness or state involvement in the economy. Not all have achieved equally successful results, but in all successful countries the fact remains that the above-mentioned policies have played key roles.

Finally, it is worth noting that ending poverty is not impossible. While we cannot estimate the exact cost of eliminating extreme poverty, a simple calculation of the total income necessary to bring every person living in extreme poverty up to the US$ 1.90 a day threshold shows a surprisingly low figure: 0.15% of the world’s GDP or about US$ 150 billion a year. This is, of course, a gross estimation that does not take into account administrative costs, the identification of people and their level of income, et cetera. But it is a figure that helps to dismiss the myth that ending poverty is an impossible utopia that is impossible to afford.

In fact, this amount is just about half of what is thought to be evaded through tax havens every year, or less than half of what is spent in casinos in only ten countries.

Ending poverty would be a huge accomplishment for humanity. If inequality remains at the top of the development agenda, this goal is well within our reach. Germany has played a leading role in the adoption of the international goal to reduce inequality (SDG10), and now needs to reinforce this in its development cooperation and build the necessary consensus and strategies to make this goal a reality. 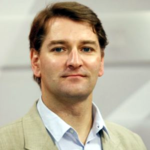 Manuel de la Rocha Vázquez is economist at the Fundación Alternativas Institute. Director of the Group of Studies on Globalisation of the International University of La Rioja (UNIR).