Why G20 Finance Ministers Have A Stake in Resisting Protectionism The G20 in the spa-town Baden-Baden

According to consistent press reports, drafts of the communiqué prepared for the G20 Finance Minister and Central Bank Governers at their forthcoming meeting at Baden-Baden on 17 and 18 March 2017 have dropped clear statements rejecting protectionism and competitive devaluation of currencies. Apparently, generic language about keeping “an open and fair international trading system” is to be substituted. Does this matter?

Sceptics might respond that communiqués get revised and that, even if the press reports are true, there is time to fix things at or before the Baden-Baden meeting. Other observers might argue that strong G20 statements on beggar-thy-neighbour policies haven’t restrained member governments in the past—so why bother worrying about more inconsequential diplomatic waffle?

Why? First, the political and economic context is different. Watering down G20 pledges against protectionism and competitive devaluations is more serious now that the backlash against globalisation has gained steam during the past year. Opponents of open societies might be emboldened by G20 fecklessness on globalisation. This ought to worry policymakers concerned about the outcome of this year’s elections.

Moreover, recent macroeconomic data from leading G20 members suggest that several economies are picking up momentum and employment is growing again. That undercuts the excuse offered by many G20 officials and their apologists in the analyst community that protectionism is understandable during tough economic times. In short, if the G20 can’t hold the line against trade distortions during an economic upswing, then when can it?

Some finance ministers and officials might retort that these are political matters, either outside of their remit or above their pay grade. Such views need to be confronted head on. Finance ministers have a strong interest in promoting a less distorted world trading system. In fact, there is so much at stake that it begs the question why finance ministers have let such important matters be left in the hands of smaller fry, such as trade Ministers.

Finance ministers are rightly interested in promoting economic growth. At a time when global economic prospects are improving, being able to compete on the merits in foreign markets is one important way in which the benefits of foreign prosperity can be brought home. The principal vehicles for doing so are exports and foreign direct investment—and both of them are discouraged by protectionism and by bouts of policy uncertainty.

At the time when exports could play a greater role in national recoveries, these days competition in export markets is unfortunately less and less dependent on the merits of the exporter. In its last report, the Global Trade Alert team used detailed United Nations trade data and showed that 90% of Germany’s exports in 2015 competed in third markets against one or more subsidised foreign firms. Germany’s experience is not unusual in this regard—the comparable percentage for the United States is over 86%. For those following the real trade distortions to the global economy, the most important action relates to distorting exports not restricting imports. To finance ministers looking to make the most of the global pick up in confidence and growth, this ought to matter.

Finance ministers ought to be worried too about the growing interference in foreign direct investment flows. Such flows bolster the overseas earnings of domestic firms, which contribute to Gross National Product. Yet the environment faced by global firms is worsening—for example, the returns on overseas investments by OECD firms has fallen sharply to only 6%.

Examples of bad practices abound. Cost rationalisation, for example, has long been seen by competition agencies as a legitimate reason for mergers and acquisitions, both domestic and cross-border. So it must come as a source of worry that political intervention on populist grounds scuppered the bid by Kraft Heinz for Unilever. Of course, there are other examples of cross-border investments being thwarted on dubious grounds. The recently held OECD Global Forum on International Investment and subsequent meetings among officials indicated a further depressing turn towards selective and arbitrary treatment of internationally active firms.

Fiscal deficits are another reason why finance ministers should care about distortions to global trade and investment flows. The tax breaks given by certain G20 governments to their exports cost serious money. So do the many subsidies given to farmers and manufacturers in recent years (the number of which continues to grow sharply in the face of weak state aid rules and competition laws.) Many of the loans given by national development banks and export-import agencies may be off the central government balance sheet, for now. At some point the associated bad loans will have to be dealt with, creating headaches for finance officials. On fiduciary grounds alone, finance ministers ought to join forces to curb, and then reduce, the state largesse affecting global commerce.

If recent economic data is correct and several large economies are enjoying an upswing in growth, then now is not time to allow the arteries of the global economy to be clogged up by distortions to trade and investment flows of any form. Restoring economic growth and sound public finances are reasons enough for finance ministers to take a stand at Baden-Baden against beggar-thy-neighbour activities. 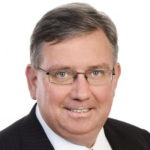 Simon J. Evenett is Professor of International Trade and Economic Development, University of St. Gallen, Switzerland and member of the T20 Trade and Investment Task Force and UK national.