Unlike the statement made by the G20 Finance Ministers last year, which asked members to resist “all forms” of trade protectionism, the communique released at this weekend’s G20 meeting in Baden Baden contains no such statement, nor does it refer to a commitment to a multilateral trading system. While there is no need to rush to any judgement, as we wait to see the final communique from the G20 leader’s summit in July this year, it may be useful to reflect on some of the lessons learnt about the role of free trade.

The Process of Globalisation

The process of globalisation which started in 19th century was associated with an increase in international trade until the first World War. The increase in trade restrictions in the early 1930s by various countries contributed to the prolonged economic downturn and the emergence of the Great Depression. During the Great Depression the world learnt from the nationalistic approach to free trade flow that trade barriers in the form of tariffs and/or non-tariffs can make all nations worse off, as nations place their own national interests ahead of other nations’ interests. We learnt that if a nation wishes to prosper, it should take into account the prosperity of other nations in an increasingly interdependent global economy.

The Creation of the WTO after the Second World War (formally referred to as the GATT) was designed to remove all trade restrictions. Successive Multilateral Trade Negotiations removed substantial trade barriers in goods and services. However, the reason why the last Multilateral Trade Negotiation that started in 2001 (the Doha round) has not yet successfully concluded is because of national preferences and also as a result of some issues associated with agricultural subsidies vs free trade in financial services. As a result of the stumbling blocks with the Doha round of multilateral trade negotiations, an unprecedented number of bilateral free trade agreements started and intensified in recent years. Bilateral trade agreements are not the most efficient way of enhancing free trade and generating benefits to all involved, as they are often associated with restrictions on agriculture and/or services and many clauses and restrictions. Furthermore, as more and more bi-lateral free trade agreements are negotiated with each trading partner, the interaction of each pair of products with different trading partners becomes increasingly complex and sometimes unwieldy to manage. This often encourages exports to even pay for the cost of trade restrictions rather than navigate the complex rules associated with bilateral free trade Agreements.

History is also showing that even bilateral trade negotiations are time consuming to create and may take significant time to conclude. Furthermore, we have learnt that trade barriers lead to trade retaliation and trade diversion. For instance, there is nothing to stop China from ordering air-buses from Europe rather than Boeing aircraft from the US, should this become a tool for trade negotiation and trade Retaliation.

The expansion of multinational companies in countries such as China or India has also made it difficult to see the real gains from trade restrictions or the manipulation of currencies to gain trade Advantage.

Historically, one can see that countries have depreciated their currencies as a way of making their goods more competitive for foreign destinations. Indeed, the G20 Finance Ministers communique just concluded in Germany is asking member countries not to manipulate their currencies for the purpose of trade gains. However, US interest rates are on the rise in 2017. This could increase the value of the US dollar. Any potential tax on imported goods to the US may be offset by a rise in the value of the US dollar which could harm US exporters and may not result in a change to the actual price of imported goods to the US in the presence of an import tax. While the US administration now wants to  negotiate bilateral free trade agreements with several countries, there is no guarantee that the exchange rate between the US and its trading partners will ensure that the US’s export market remains more competitive with its trading partners in the medium term.

Free Trade and the US Multinational Companies in China

One should also note that a large number of US companies currently operating in China import some of their inputs from the US, to produce the final product from China and then export these goods to the US. We learn in the literature that a high value of the Chinese currency against the US dollar could increase the cost of imported inputs for US companies operating China and hence increase the overall cost of the final goods to be exported to the US. More work needs to be done to assess the actual benefits of trade protectionism for any country that wishes to promote it in a highly interdependent global economy. The recent experience of Brazil on trade protectionism and the statement by the Finance Minister of Brazil at the recent G20 Finance Ministers meeting in Germany that the net effects of trade protectionism were detrimental for Brazil should be noted by other member countries.

Unity within the G20

Naturally, the G20 is not able to act like a world government. One of the main challenges for the G20 forum is a lack of executive power to implement all of its agreements, as members may not legislate these agreements into their national law. Nevertheless, solidarity amongst its members is the most important signal to the member countries within the G20 and to the rest of the world that the G20 is promoting non-discriminatory free trade and investment. It is hoped that the G20 Leaders Summit in July will lead to stronger solidarity amongst all members of the G20 regarding anti-protectionism, free trade, a successful conclusion of the Doha round of trade negotiations and adequate finance to protect the global environment. 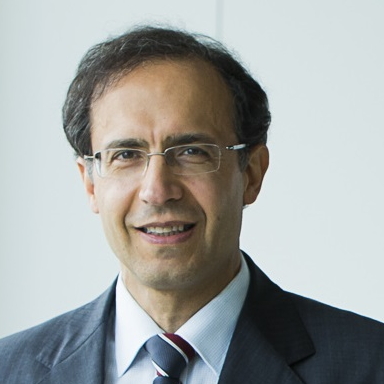 Fariborz Moshirian is Director of the Institute of Global Finance and Professor of International Finance at the UNSW Business School, Sydney, Australia