In praise of free trade Trade in food is trade in water

If carbon emissions from burning fossil fuels continue unabated and global warming intensifies, agricultural production in many parts of the world will be hurt. In a changing climate, extreme weather patterns will become more frequent, including more droughts and floods and, hence, harvest failures. World market prices for wheat, maize and rice are likely to rise, and food security in poor countries may deteriorate.

But free trade could help, to some extent. While trade liberalization in the context of the TTIP and CETA negotiations has come under fire from different corners, open agricultural markets may help to adapt to changing global production conditions in a changing climate. Of course, free trade cannot solve the problem of rising greenhouse gas emissions. But it can certainly be an important instrument in a comprehensive climate policy. Even if global warming can be limited to 2 degrees above pre-industrial levels, poor regions still need support for adaptation. An open trading system can help to balance staple food supply and demand between surplus and deficit regions.

Recent Research has shown that economic losses from climate impacts on agriculture may add up to 2.5 trillion US dollars (or 0.8% of Gross World Product) per year in the second half of the century, if international trade remains restricted. If, on the other hand, agricultural trade would be further liberalized, the expected losses could be less than half of this amount (about 0.3% of GWP). Open trade would reduce agricultural prices, particularly benefiting poor consumers who spend a high income share on food (see Figure).

These effects can be shown with computer simulation models on agricultural production, land use and trade. With open international markets, countries can specialize on those products for which they have the best endowments and can exploit their comparative advantages. This will become all the more important, as production conditions for many agricultural crops will shift across national borders in a changing climate.

Water use is a good example. Agriculture accounts for 70% of global freshwater use. Water is becoming increasingly scarce in many regions, as too much is used for irrigation, while temperatures as well as water availability are changing. Even if water is abundant in parts of the year, often it cannot be stored to be used in the main growing season. Adaptation to water scarcity in agriculture can be achieved through breeding of drought-resistant crop varieties or more efficient irrigation systems. There are many technological options. However, also international agricultural trade helps to save water worth more than 2 billion US dollars in a typical year. Trade in food is always trade in water – the „virtual“ water which is transpired by crops for primary production.

Virtual water use differs widely across regions. In Morocco, a kilogram of grain needs about 2700 liters to produce, while in Germany only 520 liters are required. Open trade helps to allocate water-intensive crop production to water-abundant regions. These products can then be exchanged with other commodities or, in the future, with solar energy from hot and dry regions. Thus, overall water use in agriculture will be lower than in a situation where all countries try to achieve high self-sufficiency in many food products. We should not discard this option for reducing the social impacts of climate change.

Open trade increases the flexibility of the global agricultural system

Changes in dietary habits also play an important role, as lower meat consumption would help to reduce various environmental impacts of agriculture. A vegetarian diet would lead to lower water use, reduce emissions of methane and nitrous oxide, and mitigate nitrate pollution in groundwater. International trade can help to shift production to those regions where emissions are lowest due to environmental conditions. The whole agricultural system will become more flexible. This will become ever more important in the future, as more people will need more food, while environmental and resource constraints need to be met.

Globalization has to be guided by an appropriate international policy framework

Further liberalization of agricultural markets has to be embedded in a suitable policy framework. In dry regions, agricultural water use has to be effectively regulated. This can best be done with locally adapted pricing schemes, which take basic needs of the poor population explicitly into account. Otherwise, agricultural exports could also worsen local water problems. This can be observed in the US and Spain, where non-renewable groundwater resources are over-used for high-value fruit and vegetable production. Moreover, developing countries should not be forced to open up their markets unilaterally. Rich regions like Europe and the US also have to further liberalize agricultural trade and reduce price-distorting subsidies. Regarding free trade, it is not about „if“, but about „how“. For managing climate change impacts we cannot rely on one instrument alone, instead we have to use the whole tool box.

Germany faces an opportunity while chairing the G20 club of economic powers. Together, these countries could strengthen the links between climate policy, agricultural policy, and trade policy. This would be a signal against the current trend of putting up new trade barriers and border protection. Together, we should reap the benefits of a managed globalization, based on international division of labor and improved resource efficiency. 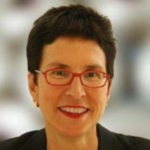 Hermann Lotze-Campen is Chair of Research Domain "Climate Impacts and Vulnerabilities" at the Potsdam Institute for Climate Impact Research (PIK) and Professor of Sustainable Land Use and Climate Change at Humboldt-Universität zu Berlin.