The EU is currently in the process of revising its overarching vision on development policy, the European Consensus on Development. This process requires an honest examination of some of the contradictions that have emerged between, on one hand, the EU’s development commitments and principles and its long-term interests in a building a genuine partnership with Africa for sustainable development, and, on the other hand, a growing trend towards using development aid for short term security and migration management priorities. These tensions are clearly highlighted in the EU Emergency Trust Fund for Africa (EUTF) which was established at the Valletta Summit in November 2015.

The EUTF is based on the premise that irregular migration can be stemmed by assistance for African governments to manage migration and by development cooperation that addresses assumed “root causes” that are deemed to drive human mobility. This logic runs through the EU’s current approach to migration, yet is fundamentally flawed. Evidence does not suggest that lack of development causes migration, indeed it shows that emigration increases with economic growth. Moreover, the idea that complex political, social and economic “causes” of migration can be addressed through a short-term trust fund with a limited budget seems highly unrealistic.

Indeed, many of those directly involved with the EUTF acknowledge that it cannot achieve its stated objective of “address[ing] the root causes of destabilisation, forced displacement and irregular migration”. Instead they see it as a political gesture to respond to domestic pressure to act in response to the ‘migration crisis’, and as an effort to leverage African cooperation on migration management. This emphasis on leveraging (in fact ‘buying’) African cooperation is increasingly central within the EU’s migration response. This is evidenced by the recent launch of ‘migration compacts’, which will channel aid through the EUTF conditioned on cooperation on border control, returns and readmission. Yet, even this more limited and transactional ambition for the EUTF seems questionable, given the relatively small amounts of money on offer (around Euro 2.5bn, of which 500m is earmarked for migration compacts), the limited ‘additionality’ of the EUTF budget, and the complex internal and external political, economic and security factors that shape African migration policies.

The EUTF highlights some concerning trends in EU development policy. Most EUTF funding has come from traditional development instruments – primarily the reserves of the European Development Fund (EDF) – which were recognised as too cumbersome to provide a rapid and flexible response to a shifting migration context. The use of money from the EDF and other development instruments has raised concerns that the EUTF is diverting aid to promote EU migration and security interests in ways that stretch ODA definitions. Certainly, the EUTF seems far removed from aid effectiveness principles and the EU’s own development commitments. It has little emphasis on ownership, partnership or alignment; it allocates funds based on levels of migration rather than need; it is designed, managed and implemented by Europeans; and it is closely linked to EU interests and uses conditionalities to promote those interests. EU officials suggest that such characteristics will be central within future EU development policy. This indicates that the EUTF is not simply an emergency response to a pressing problem, but may represent a broader shift away from core development principles that is ultimately not in the interests of Europe or its partners.

The EUTF’s implementation to date has also revealed weaknesses in EU institutional processes and tensions between member states. There has been a lack of consistent strategic direction and oversight, which is problematic given the EUTF’s political sensitivity and speed of implementation. Critically, the selection of projects and implementers has not always been based on the best fit for the trust fund’s goals or the local context and needs, but frequently on member states’ lobbying for funding for their implementing agencies or other national actors. Lack of local consultation, critical discussion or oversight have also dogged the project selection process and resulted in frustration among some African partners.

Although the EUTF reflects broader weaknesses – in the EU’s approach to migration and development, and the internal governance of its aid – this does not mean that it has nothing to offer. The EUTF does have potential to add value in terms of its flexibility and innovation, offering an opportunity to experiment with new ways of working away from the restrictions of traditional development instruments. However, seizing this potential would require a strong emphasis on analysis, learning and feedback, seeking out projects that can offer interesting lessons, and – critically – greater African ownership and involvement at every level.

Ultimately, the EUTF will not be able to buy African compliance on migration management or meaningfully address “root causes” of irregular migration. If used wisely – and in ways that respect development and human rights principles and prioritise local ownership – experiences from the trust fund could help inform both a more development oriented EU migration policy, and development policy and operations that are better equipped to deal with complex and rapidly shifting migration challenges. On the other hand, if the EUTF is used to drive transactional deals on migration management with African partners, it will not serve either Europe or Africa’s long term interests. 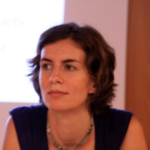