Who does DG Trade think it is? Africa is being blackmailed

The next EU-Africa summit is due to take place in Abidjan in November. This requires a vision of peaceful, legal partnership with and for each other. This can only be the creation of self-supporting economic development in Africa. Although development cooperation has a catalytic function here, private investments are decisive. In this case, it is advisable to ask oneself the following: which elements of mutual interest can and should we change? The EU’s Economic Partnership Agreements with African countries and country groups should be named in this context as an example.

„Africa’s welfare is in the interests of Germany and Europe.“ This was Federal Chancellor Angela Merkel’s verdict at the inauguration ceremony of the building to house the African Peace and Security Council in Addis Ababa, financed by Germany, on 11 October 2016.

The next EU-Africa summit is due to take place in Abidjan in November. Not only is North Africa a geographical segment of the African continent, it is also included in the African Union’s (AU) Vision 2063, which the African heads of state and government have set themselves. They aim to have founded the „United States of Africa“ by this date at the latest. For Europe, this means not clinging to a „Post-Cotonou“ agreement beyond 2020, a resolution with an international group of little relevance formed of countries in sub-Saharan Africa, the Caribbean and the Pacific (ACP), even though our French neighbours may aspire to this. Instead, Europe and Africa as a whole require a new, separate „Contract of Good Neighbourliness“ adapted to our concrete opportunities and challenges. Its drafting is due to be delegated at next year’s summit, in order to underline the fact that both sides are taking the collaboration seriously. The summit needs a positive message, indeed a vision of peaceful, legal partnership with and for each other. In my view, this can only lie in the creation of self-supporting economic development in Africa. Although development cooperation has a catalytic function here, private investments are decisive.

It was a different story at the last summit in April 2014 in Brussels, when, after some rather slipshod preparation, the joint security interest was hurriedly placed at the forefront in order to dodge the topics of displacement and migration. And also, in contrast to the preparations for the Valletta summit on migration and refugees in November 2015, both sides should avoid getting caught up in the rather unrealistic demands for the readmission of illegal migrants or the demand for legal migration. Nonetheless, the topic of migration and displacement from Africa to Europe, which has run concurrently to other issues for over a year, will continue to occupy us in decades to come.

Which concrete insights can be gleaned as a result?

Instead of kick-starting the debate by making demands of others, it is preferable to ask oneself: which elements of mutual interest can and should we change? This is why I would like to cite an example: the EU’s Economic Partnership Agreements with African countries or country groups (so-called EPAs). Without giving a lecture on the current status quo in this respect (after 14 years of negotiations, the complete signatures or ratification instruments do not exist for even one single relevant regional group), I would like to draw attention to a fundamental problem. Everyone is convinced that private companies from both Africa and Europe must invest more in Africa, as this is the only way to create jobs and opportunities for people in their native countries. The EPAs regulate the 100% market opening of the EU for goods from all African states within the respective regional group on the basis of the generous principle of near-reciprocity, not only for the poorer countries (Least Developed Countries, LDCs), which already benefit from these conditions. In return, the African states are obliged to grant market access to 80% of European products, admittedly with long-term transitional periods and the option to protect approx. 20% of their own goods (agricultural products, as a rule) on a permanent basis. Many view the imposition of WTO rules based on reciprocity – which could also be expressed as a somewhat outdated WTO ideology – by the EU Directorate-General for Trade (DG Trade) in Brussels as blackmail, and this not just in Africa.

An important option for Africa!

Due, among other things, to the fact that complex trade issues are at stake, relatively little has been heard on this topic over all these years from the field of development research or institutions such as the German Development Institute (DIE). As a rule, the core problem is suppressed in civil society debate on such matters. Because the focus is on mixed trade agreements as opposed to free trade agreements, negotiations are confined to demands concerning the improvement of human rights standards and environmental and social clauses. However, the African negotiation partners are not particularly enthusiastic about the latter, as economists are only too aware of the fact that competition is limited as a result. It follows that if one of these EPAs is debated in the German Bundestag, I fear that jobs in Africa will not form the focus of discussion, but, instead, that many politicians, particularly those on the left, will represent purist doctrine and their clientèle, and only pay lip service to the idea that the African population will benefit. The extent to which this is linked with migration to Europe will be stifled in the process. Nevertheless, the aforesaid standards can also be agreed for the Africa-wide free trade zone (Continental Free Trade Area, CFTA). The African Union aspires to create this itself within a relatively short period; the BMZ (Federal Ministry for Economic Cooperation and Development) and the EU support it with concrete programmes. Arguing on a purely systematic level: why should Europe thus have a political interest in exporting goods to Africa duty-free if it is solely a matter of manufacturing products in Africa which can actually be produced there? It is, after all, better for us if more goods are manufactured there, even though they may not be able to compete on the global market yet, or even for another twenty years, as a result of the higher unit labour costs. Companies looking to invest are interested in a large market. Promoting the CFTA and the existing customs union in East Africa or Southern Africa is practicable for all involved. This option allows the African heads of state and the AU Commission in Addis to retain control over the external tariff, instead of losing the power to make decisions over 80% of European imports. It would be one more important opportunity for our neighbouring continent! In addition, it would cost us less to implement than the EPAs. It requires a relinquishment of ideology by the EU Commission in Brussels and the openness to effect a rethink within the current (migration) situation, even if the temptation is to celebrate initial successes in the wake of tough negotiations.

Steps in another direction

For the 2017 summit, it would be both very noble, as well as offering a vote of confidence, if the EU Commission and the member states were to offer a moratorium on EPAs for ten plus ten years, and if we jointly promoted the larger market in Africa, funded infrastructure, created educational opportunities and provided know-how and investment guarantees as described in the EU’s External Investment Plan , i.e. if we took steps in a different direction together. To get the debate under way, allow me to end with a classic double-entendre (from football coach Giovanni Trapattoni), now related to the EPA negotiations: who does DG Trade think it is? 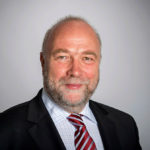