The globalization engine has faltered in recent years. The bursting of the dotcom bubble in March 2000 caused globalization, which is understood here to mean economic, political and social interconnection between countries, to stagnate in the most important industrialized nations. In the majority of industrialized countries, the bankruptcy of Lehman Brothers in September 2008 even led to a decrease in global interconnectedness. This is shown by new figures from this year’s Globalization Report by the Bertelsmann Stiftung, which compiles a globalization index for a selection of countries between 1990 and 2014 (see Fig. 1).

There are a number of reasons behind the decline in globalization. One of these is sluggish growth in China, which has had a dampening effect on cross-border trade. Since the financial and economic crisis began, global trade has grown less dynamically than it did before. Between 1995 and 2007 (13 years), it grew on average by 7.3 percent each year. For the period between 2008 and 2020 (also 13 years), the International Monetary Fund expects the annual growth rate of global trade to amount to 3.3 percent – less than half the previous rate (see Fig. 2).

Political decisions also play an important role in causing the globalization engine to stutter. In recent times, protectionist measures have noticeably increased. A report published in June this year by the World Trade Organisation (WTO) finds that the G20 states applied 145 new trade-restrictive measures between October 2015 and May 2016, equating to an average of almost 21 measures per month. This is the highest monthly average registered since the beginning of the monitoring exercise.

Isolationist politics on the rise

And there is further evidence of a sharp isolationist turn in industrialized countries. The decision taken in June 2016 by the United Kingdom to leave the European Union will most likely take the country out of the European Single Market. Europe’s struggle to obtain approval for the CETA trade agreement with Canada in October suggests negotiations on further free trade agreements could prove to be arduous on the European side. And on the other side of the Atlantic, the new President-elect Donald Trump has vowed to open a new chapter of economic relations between the US and the rest of the world. His staunch anti-trade stance bodes ill for the future of international trade agreements, both old and new.

Almost all economists agree on the fact that economic, political and social interconnection between countries boosts overall economic growth. Firstly, cross-border trade enables countries to concentrate on the production of those goods and services that provide them with the greatest productivity benefits. Secondly, the international mobility of labour and capital means that these production factors can be deployed wherever they will make the greatest contribution to economic value added. Thirdly, the intensification of trade between countries increases competitive pressure, and enhances productivity – and therefore also gross domestic product (GDP) – by means of technological advances. The Bertelsmann Stiftung recently showed the growth effects brought about by globalization. All 42 countries under investigation in the “Globalization Report 2016” increased their real GDP per capita between 1990 and 2014. In absolute terms, the developed industrialized countries recorded the largest of those increases (see Fig 3).

Even though increasing globalization boosts the growth of the national economies involved, not all citizens benefit from this in equal measure. In fact, globalization even produces losers within each country. The OECD has observed this development since the mid-1980s. The international division of labour plays an important role here: if labour-intensive countries specialise in the production of goods that require a large amount of labour, the demand for labour will decrease in developed national economies. This will cause employment and wages in those countries to decrease. This effect is well-documented for the relationship between the USA and China, for example. Developed industrialized nations therefore have good reason to fear that the international division of labour is disadvantageous for them.

However, protectionism is not the right answer. Rather, it is important to distribute globalization gains more fairly within national economies. The tools used to achieve this end include the tax and transfer system and an active labour market policy. These are mainly in the hands of individual countries, but international fora like the G20 can also play an important role. The G20 remains the only plausible international forum that enables dialogue on equal terms among both important industrial countries and emerging market economies. It also offers a valuable platform for its members to respond with speed and flexibility to current global challenges and crises through the promotion of policy commitments.

The G20 under German leadership: taking a stance against protectionism and for a fairer distribution of globalization gains

In view of declining economic interconnectedness and clear signs of political isolation in many developed industrialized countries, the G20 members should take the fears of globalization and the growing divide between those who benefit from globalization and those left behind more seriously. At the same time, the G20 needs to take greater action than before to ensure that its members refrain from employing protectionist measures and dismantle existing trade barriers. These tasks are primarily the responsibility of the WTO. However, the G20 can take an important political stance against protectionism, given that its members collectively account for 85 percent of global economic output, 80 percent of international trade and two thirds of the worldwide population. As a long-time export world champion, Germany has benefitted immensely from globalization, meaning it has both an important role in setting the agenda, and a strong incentive to make the most of its G20 presidency. 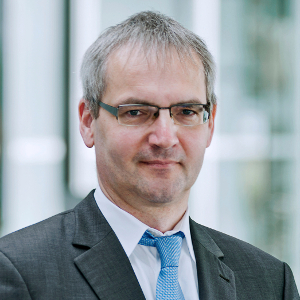 Thieß Petersen is Senior Advisor at the Bertelsmann Stiftung.

Katharina Gnath is Senior Project Manager at the Bertelsmann Stiftung.