The EU in Sharm-El-Sheikh: Good cop at a bad COP?

Early in the morning of Saturday 19 November 2022, Frans Timmermanns, the EU’s climate chief, appeared in front of the press at COP27 in Sharm-El-Sheikh with the 13 EU ministers still present. He had a clear message to convey: “All ministers, as they have told me — like myself — are prepared to walk away if we do not have a result that does justice to what the world is waiting for.“

The EU collectively decided to make this unorthodox intervention after the Egyptian presidency presented a draft of the cover decision that, in the EU’s view, would have been tantamount to forfeiting the 1.5-degree objective of the Paris Agreement. Timmermanns also announced that the EU had one final offer to make: it was willing to support the creation of a „Loss and Damage Fund“ which it had previously rejected, if this fund was targeted at the most vulnerable countries and if the base of contributors was broadened to include today’s big emitters and major oil- and gas-exporting countries like China and Saudi Arabia. The EU also called for more ambition when it comes to reducing emissions (with a peak of emissions in 2025) and expected all countries to stand by their commitment to a 1.5-degree pathway as agreed upon in the Glasgow Climate Pact at the previous COP. Yet, no country of the G77 & China group of developing countries openly declared its support for the EU’s position. On early Sunday morning, when the final decision was accepted by all parties, it was clear that the EU had only been moderately successful – perhaps because few would have expected the EU to have actually walked away.

The EU can however claim an important role in breaking the deadlock regarding Loss and Damage (L&D), in no small part due to Germany’s persuasion on the matter. Indeed, the co-chairing of the negotiations on L&D by Jennifer Morgan, State Secretary and Special Envoy for International Climate Action in the German Federal Foreign Office and her counterpart, the Chilean environment minister María Heloísa Rojas Corradi, proved conducive to a constructive outcome on this highly controversial agenda item. Ultimately, the Sharm-El-Sheikh cover decision includes the establishment of a L&D fund and a process to develop commensurate funding arrangements for supporting the most vulnerable countries to address the costs of extreme weather events caused by climate change, with details to be agreed on at COP28. This is a substantive result that was far from certain during negotiations. It is in itself a major success for developing countries and only became possible once the EU reconsidered its initial, year-long resistance to any such fund.

The L&D breakthrough was also the reason the EU decided against walking away from an otherwise sobering and underwhelming outcome of COP27. Notably the EU’s efforts to include a mitigation work programme that would tighten climate targets by industrialised countries with annual reviews by high-level government officials were in vain. Timmermanns openly addressed his disappointment and the EU’s inability to achieve more: „The EU has come here to make sure we agree on strong statements and we are disappointed that we have not been able to do that“. Yet, he also indicated the moral dilemma the EU was facing in not signing an agreement that included the L&D fund breakthrough for vulnerable countries. In a way, the EU thus found tables turned from the Glasgow COP when climate vulnerable developing countries had only grudgingly accepted a cover decision that appeared ambitious on mitigation, but lukewarm on adaptation and, crucially, without progress on L&D.

Could the EU have done more?

So the question remains if the EU could have done more. Or could it have engaged differently to achieve a more ambitious result of COP27, in particular with regards to reducing emissions or international climate finance? During the first week of the COP, the EU’s climate diplomacy was remarkably silent and was not yet present at Sharm-El-Sheik with a strong negotiating mandate or bold announcements of new initiatives. As the EU’s main climate representative, Timmermans was instead preoccupied with internal EU climate action negotiations during the first COP week, during which the EU made progress in increasing emissions reduction targets for member states (effort sharing) and legislation on carbon sinks. This, in theory, would allow the EU to increase its Nationally Determined Contribution (NDC) from a 55% to a 57% reduction by 2030 compared to 1990. Timmermans presented this option of an update of the European NDC at the COP, yet this change to the EU’s NDC still has to go through a formalised process where the Commission proposes it to the member states, who would then have to adopt this change with a qualified majority. With a decision on that still open, the EU was hampered from fully capitalizing on actually ‘walking the talk’ in its decision-making.

It also didn’t help that the EU had no ‚fresh money‘ to offer with regards to climate finance, as a request by the European Parliament to dedicate 10% of the EU’s Emission Trading to international climate finance was rejected by the Council. The EU thus remained largely inward-looking and ‚reactive‘ at COP27, without strong ideas of how to globally become more ambitious with regards to limiting global greenhouse gas emissions and to living up to its self-proclaimed leadership aspirations on global climate governance. While India’s push to call for a „phase-out“ of all fossil fuels and not just coal in the cover decision failed to attract sufficient support, many observers did not perceive the EU as a leading voice among the 80 countries that supported building on the ambitions agreed in Glasgow.

Yet, it is also questionable how credible the EU can currently ‚sell‘ such a phase-out, in view of some member states’ ‚dash-for-gas‘ in other parts of the world, including Africa. European leaders portray energy diversification as an intermediate step to become less dependent on Russia while intensifying investments into renewable energies. Others blame the EU for double standards and hypocrisy given its push at COP26 to phase out fossil fuel-oriented external investment (including in Africa) while continuing to allow such investment within its own borders and for adopting a ‘taxonomy’ that risks facilitating greenwashing. On balance, the EU’s international credibility and role as a leader on climate has seen tremendous damage, when trust and credibility are key ingredients to forging alliances and mobilising support for positions.

Key lessons for the EU as it prepares for the next rounds of global climate negotiations, including COP28 in Dubai, is to act decisively in the months ahead, to enter the negotiations in good time and to demonstrate resolve on key issues, now including L&D. This requires the EU to dedicate more time and energy into its climate diplomacy and to live up to its announcements and pledges with commensurate resources politically, technically and, indeed, financially.

One can hardly accuse Timmermans for lack of passion and conviction. Yet, his portfolio in managing the European Green Deal’s implementation domestically while also representing the EU in global climate diplomacy may be too demanding a combination. German foreign minister Baerbock‘s decision to appoint a dedicated, high-profile State Secretary for climate diplomacy certainly helped in Germany’s global climate representation and visibility. Much the same could be said of John Kerry’s role as Special Presidential Envoy for Climate of the US State Department. The EU could consider a similar approach and nominate a senior political representative with the role of EU global climate envoy, who would still work under the leadership of Timmermanns but could dedicate more time and capacity into global climate diplomacy than Timmermanns actually can in his dual role. This mandate for EU climate diplomacy should include both the global representation of the EU and the ‘internal’ negotiations with the EU’s 27 member states to bolster the EU’s position and engagement in multilateral climate politics.

Either way, the EU with its forthcoming stance on the establishment of a dedicated L&D Fund has positioned itself to rebuild trust among developing countries. It will now need to follow up on this move with credible action and contributions to prepare and launch the process that settles the details of the prospective L&D fund and corresponding funding arrangements. Sustaining that momentum will require to swiftly operationalise the fund, ensure it has a broad financing base, and a significant financing volume to boot.

Moreover, and especially in the light of COP27’s blatant failure to deliver on an ambitious mitigation work package, new and additional alliances with countries willing ‚to do more‘ are also urgently needed. Just Energy Transition Partnerships, like the one recently agreed on with Indonesia, can be promising stepping stones, especially in the context of the G20. Broader alliances seem also feasible and could help to build international momentum for a phase-out of all fossil fuels, for instance in the context of the Climate Club initiative of the German G7 Presidency or a reinvigorated High Ambition Coalition among progressive Parties to the UNFCCC. Being seen to walk the talk with ambitious domestic reforms and the implementation of its European Green Deal should enable the EU to resume a leading role in such alliances and, indeed, global climate governance. 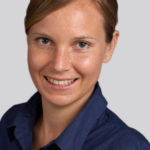 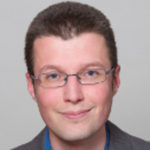 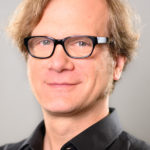