Over the last decade, Germany emerged as a leading provider of development finance. Since 2016, Germany has consistently been the second largest bilateral provider of official development assistance (ODA), and in 2020, it was the only G7 member to meet the 0.7 percent ODA/GNI spending target due to its generous increases in ODA in response to COVID-19. While Germany continues to provide a large quantity of ODA, it often ranks in the middle on comparative measures of development quality (for example: 2021 Quality of ODA index, Global Partnership for Effective Development Co-operation monitoring, Aid Transparency Index, and AidDATA’s Listening to Leaders survey)

Given that this year marks the 60th anniversary of Germany’s Federal Ministry for Economic Cooperation and Development (BMZ) and a doubling of its budget over the last eight years, it is a pertinent moment to assess the prospects for improving the effectiveness of German ODA ahead of the election on 26 September 2021. In this blog, we offer four recommendations for how Germany’s new government can address key bureaucratic constraints to development quality and enhance its reputation as a generous and effective partner.

The complexity of Germany’s development cooperation system has often been viewed as a potential source of ineffectiveness due to the challenges of ensuring coherent action across multiple key agencies. Germany’s development system features a dedicated development ministry (BMZ) and two major official implementing organizations, KfW Development Bank and Deutsche Gesellschaft für Internationale Zusammenarbeit (GIZ), the German corporation for international co-operation. Together, these two agencies channel the bulk of Germany’s bilateral ODA. While this structure offers a diversity of modalities for various sectors and country contexts, coordination across agencies has been an ongoing challenge.

Every few years (often corresponding to the election cycle), calls to rationalize Germany’s development system are seemingly renewed and two substantive reforms are typically proposed. The first involves transforming BMZ into a ministry of global cooperation to adapt Germany’s bureaucratic structures to the changing demands of development cooperation as a policy field, which increasingly recognizes development as deeply intertwined with global challenges including climate change, and peace and security. The second involves combining KfW and GIZ into a single implementing agency that brings together Germany’s technical and financial cooperation. While prior reforms have already sought to consolidate Germany’s implementing agencies—a 2011 merger, for instance, combined three implementing agencies to form GIZ—the roles of KfW and GIZ are deeply enshrined in the German federal budget and governmental guidelines, which could raise resistance to further reform.

Despite historic path dependencies and vested interests, which have prevented these ambitious reforms in the past, the incoming government should consider deeper structural change to Germany’s development architecture to ensure that the system is fit for addressing the challenges ahead. In particular, the government should evaluate different options of merging technical and financial cooperation. Irrespective of structural reform, the new government should think carefully about ways to promote deeper alignment and cooperation across its development actors—particularly KfW and GIZ—to ensure that the agencies act as complements working to strengthen development outcomes.

2. Develop a “whole-of-government” strategy for development to guide ODA spending across departments

Beyond KfW and GIZ, the complexity of Germany’s development system creates the potential for incoherent, inefficient, and ineffective action in the absence of cross-government coordination. Although BMZ allocates the majority of German ODA, other line ministries (such as the Ministry for the Environment, Nature Conservation and Nuclear Safety, which funds international climate finance) are increasingly active in international cooperation. In 2019, Germany’s ODA was allocated by 14 federal ministries beyond BMZ (data from the OECD’s Creditor Reporting System and Members’ Use of the Multilateral System datasets).

While the use of specialized ministries for development can bring sectoral expertise to ODA programming, and may be justifiable in the context of achieving the multifaceted SDG agenda, there is a risk that actions taken across federal ministries may neither pull towards the same overarching goals nor comply with similar standards of development quality. The issue is particularly acute in the German case where cross-government actors enjoy relative autonomy over ODA resources, mandates and engagement, and where a “coherent overarching vision” for development is broadly absent. Different policy initiatives promoting closer collaboration with Africa are a case in point. In 2017-2018, BMZ’s “Marshall Plan with Africa” and the “Compact with Africa,” initiated by the German Ministry of Finance as a G-20 initiative, were launched in parallel with little coordination.

To strengthen the coherence of Germany’s vast ODA resources, the new government should develop a high-level whole-of-government strategy for development that outlines the main vision of Germany’s ODA spending and sets basic standards for effectiveness including on reporting and transparency, that are applicable across ministries and support accountability for all ODA resources. Doing so is a first step towards ensuring that the actions taken across government agencies are aimed towards the same broad outcomes, and ultimately support programming that is more impactful than the sum of its parts. Setting up a whole-of-government ODA strategy could also form the basis of a longer-term perspective on how all German policies with external effects—and including non-ODA development resources—can be coordinated better towards achieving the SDGs.

3. Foster the implementation of the reform strategy “BMZ 2030”

In April 2020, the German government launched its new development strategy, “BMZ 2030.” The strategy, which was the result of a staff-driven year-long process, includes the most wide-ranging reforms to Germany’s bilateral development cooperation of the last decade. The BMZ 2030 reforms not only reduced the number of Germany’s partner countries and narrowed focus on key thematic priority areas, but also look to improve bureaucratic processes, including planning, allocation, and reporting.

BMZ 2030 demonstrates an internal capacity of the ministry to set strategic priorities and address shortcomings. A lack of strategic focus and a need for professionalizing key administrative processes have been publicly criticized for a long time and were finally addressed. Moreover, the reforms follow a larger trend of BMZ reasserting leadership and building up expertise vis-à-vis the implementing organizations (KfW and GIZ). Over recent years, BMZ has increased the number of staff in partner countries, carried out a procedural reform (Verfahrensreform) and improved its monitoring and evaluation system.

Yet, the BMZ 2030 process is still being implemented and will require continued effort to deepen impact. Germany’s new government should continue the BMZ 2030 process, review progress towards its objectives regularly and enact new reforms as needed. One key area is Germany’s monitoring and evaluation system, where the BMZ 2030 process established standardized indicators for results reporting across countries, topics and implementing organizations. The newly established system will require recruiting more staff with specialist skills in results-based management to continue professionalizing BMZ. Further, it is necessary to better integrate monitoring and evaluation knowledge as well as scientific evidence across the German development cooperation organizations within an overall knowledge system that is geared towards learning and continuous improvement.

Germany should ensure that administrative decisions on development spending – for instance on use of partner country systems, untying and ODA predictability – are more deeply aligned with partner country priorities to promote ownership. While Germany is scaling-up the use of budget support as part of BMZ 2030, which should increase spending on and through partner country budgets, deepening ownership can also foster better relations and more positive assessments of providers by partner countries. Research from the Germany Institute for Development Evaluation (DEval), for instance, showed that greater alignment with partner systems is associated with more positive assessments of the influence and helpfulness of providers by partner countries. With the latest AidDATA’s Listening to Leaders survey showing a relative decline in partner countries’ perceptions of Germany’s “helpfulness”, which fell from 17th in 2017 to 21st in 2020, focusing future engagement on deepening country ownership can not only support more effective cooperation, but can also strengthen Germany’s reputation as an influential and helpful partner.

The next German government will face a global development cooperation environment that is increasingly shaped by competing geo-strategic interests among and within regions. To counter this trend, Germany should ensure that its development system is set-up to primarily support effective cooperation and partnership. This stance will be crucial for aligning Germany’s vast development budget with a matching impact and for establishing global thought leadership.

Germany is already a leader in development in many ways. It is one of the few countries that has meaningfully worked to align its domestic and international agenda and pivoted its cooperation towards global challenges (and “global partners”) far earlier than many of its peers. In the years ahead, Germany can continue to show leadership through its own actions for advancing development effectiveness domestically and through working with its wide network of partners towards revitalizing effectiveness as a global norm.

The authors would like to thank Mikaela Gavas, Stephan Klingebiel, and Adolf Kloke-Lesch for their helpful comments and suggestions. Any mistakes are the authors’ alone. 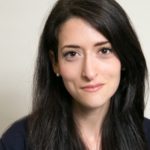 Rachael Calleja PhD is a Senior Research Associate in the Center for Global Development's UK and European Development Leadership programme mainly working on aid effectiveness, and the strategy, management and organisation of bilateral development agencies. 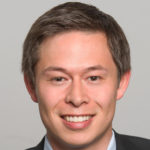