As households move out of poverty, their spending patterns change. From a human development perspective, this is good and important, but changing consumer behaviour may result in significantly more CO2 emissions. The lifestyles of growing global middle classes decide whether this happens.

The global middle classes consume an enormous amount of goods and services already: in 2015, a third of the global market could be attributed to them.

The trend points clearly upwards. Middle class consumption is expected to skyrocket in the coming years, especially in Asian countries, in spite of the Covid-19 pandemic, and businesses are preparing for this to happen. Projection curves for Latin America and Sub-Sahara Africa rise less steeply as the middle classes are smaller in numbers. In these regions, middle class consumption growth depends on the country you look at.

In Ghana, Peru and the Philippines, more and more families can afford what most of the OECD world enjoys: have a car, fly somewhere on holiday or use all types of home appliances. The upper urban middle classes in these countries have a lifestyle that quickly becomes as carbon-intensive as in “the North”, as our research shows.

Of course, industry, energy and transport sectors account for more carbon emissions than individual consumers. But for whom do these sectors exist and manufacture products? The demand-supply equation is the hen and egg problem of economic policy – and of climate policy. The carbon intensive consumer behaviour of the growing middle classes worldwide is not just a side-track of climate protection.

Is the division of responsibilities in the climate negotiations still up to date?

The global climate negotiations are guided by the principle of common, but differentiated responsibilities. In a nutshell, it means that there is a remaining global carbon budget that we need to share fairly to reach the 2°C target. What is fair and how exactly the sharing should happen are highly controversial and emotionally charged questions.

How do we define “developed”? Who has the right to catch up on development? Whole countries, as of now? Or is it rather about belonging to a global middle class with current consumption patterns? To integrate consumer behaviour and inequality within countries more strongly would imply making the principle of common, but differentiated responsibilities more dynamic.

The right to develop should not imply unsustainable lifestyles. In spite of all historical debts, time is running out for all humankind. Moreover, there are enough tangible reasons to start producing, constructing and consuming more sustainably right in front of one’s own doorstep. Once you’ve been stuck in Manila traffic for four hours, you’ll see the point. There is no planet B – and no Manila B.

Economic development and consumption are very dynamic, speaking in favour of a dynamic allocation mechanism: a country’s development level, the relative shares of emissions according to economic structure, living standard and consumer behaviour of households – patterns change quickly. If carbon budgets were allocated per country, and local middle classes and elites take a big share of that carbon budget, the question of fairness actually shifts from the global to the local level. This already applies to many middle income countries.

Worldwide, lifestyles are neither fully good nor fully bad when it comes to sustainability. Hardly anyone behaves completely environmentally friendly or in exclusively harmful ways for the global climate. The middle classes in Accra and Lima also have fairly high environmental concern and environmental knowledge related to climate change, as our research shows. Low-cost, easy-entry behaviours to sustainability are being practiced there as well – turning off lights and TV when not in use or avoiding or reusing plastic bags. Regarding costlier, large-scale behaviours, it is a completely different story, for example using public transport or sharing a ride instead of buying a car. Sound familiar?

It is reassuring that humans around the world roughly function in the same way. However, from a planetary perspective, it unfortunately also means that we all come with vices and flaws – and produce similar problems wherever we are on the planet. Small-scale, low-cost sustainable behaviours make up only a tiny fraction of the carbon footprint. Being environmentally concerned does not automatically mean acting environmentally friendly.

More consistency in sustainable behaviours requires clear economic and political incentives as well as attractive alternatives to current lifestyles, such as climate-friendly infrastructure. Climate-friendly consumption has to become first cool, then “the new normal”. For everyone who belongs to the global middle class already or aims to be part of it – no matter if in Berlin, Lima or Manila.

As a New Years’ resolve, let’s think about what all of us in the global middle class could do in everyday life to make our lifestyles a bit more sustainable! 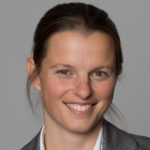 Babette Never is researcher in the department "Transformation of Economic and Social Systems" at the German Development Institute / Deutsches Institut für Entwicklungspolitik (DIE).