Recalibrating The G20 in the Aftermath of Saudi Arabia’s Summit: Testing a Secretariat!

In the Special Issue, After one decade of G20 summitry, edited by Axel Berger, Sven Grimm at the DIE and myself, I argued that the G20 had morphed from a crisis committee or steering group to being a hybrid focal point. In other words, the G20 could no longer be judged simply by its instrumental delivery. As a crisis committee, the G20 concentred its collective efforts on managing the aftermath of the 2008 Global Financial Crisis (GFC), but gradually ran out of momentum. Alternatively, as a possible steering group, the G20 has not been able to embrace the mandate of working together beyond the core financial agenda whether on climate change, migration, or other compelling issue areas.

From the perspective of this model, the November 2020, Riyadh summit presents a serious test. Instead of consolidating the focal point model, there was disruption. In large part this is a situational issue. With Covid-19, and the virtual format, the summit could not act as a hub, go-to site, for interactions between leaders. Nor could face to face interactions take place at the society level. But in other ways, Saudi Arabia’s summit reveals some of the built-in contradictions in the hybrid focal point model. At its core the model assumes that the host ensures the positioning of the G20 as the appropriate site for this complex dynamic. And with Saudi Arabia’s presidency this role was always going to face obstacles.

With these conditions in mind, a modified version of a secretariat with respect to the G20 needs to be tested. Any ambitious initiative faces risks, with recalibration of the G20 standing out as a tough proposition. And, yet given the constraints of the Riyadh summit, business as usual is a much harder proposition to contemplate. Even if a permanent secretariat introduced to the G20 is too big a leap, a nudge towards a flexible mechanism has considerable value.

In the forefront of the hybrid focal point model, the G20 has become the prime global convening site for leaders of structurally important countries. Peer to peer interaction took over as the most important motivation and operational function of the G20.

At the same time, as elaborated upon in the Special Issue an extensive set of linkages have developed in the background of the G20. Emerging from the German presidency of the Hamburg summit in 2017, the Think 20 took an institutional personality along with the Business 20, Civil 20, Labour 20, Women 20, and Youth 20 and others. In combination, the two sides of the model allowed the G20 to act as both a hub and connector. The hub side reinforced the G20’s role as a go-to event. The connector side added a degree of legitimacy.

To signal the constraints of the Riyadh summit is not to suggest a lack of commitment. In large part the problems related to the Riyadh summit can be viewed as symptoms not the cause of the predicament. Saudi Arabia has some impressive state officials especially Mohamed Al-Jadaan, the Minister of Finance. Furthermore, Saudi Arabia deserves credit for pushing relief under the debt service suspension initiative for the poorer countries hardest hit by COVID-19.

That said, Saudi Arabia remains an awkward fit for the focal point model, even without the intrusion of other contextual factors. From a state perspective, Saudi Arabia is equated with the salience of geopolitical, bilateral and regional tensions rather than the advance of a facilitative, collective diplomatic culture. Moreover, in the context of Saudi Arabia’s human rights record, a wide variety of civil society groups pushed for a boycott of the summit and other actors reduced their level of engagement to a minimum to preserve the process.

Exacerbating the problematic nature of Saudi Arabia’s summit has been the distractive personality of Donald Trump. If he had won the election, Trump possessed incentives to play up the summit and Saudi Arabia’s leadership role. However, with his loss, Trump had other matters on his mind: Tweeting and playing golf!

Regaining normalcy in not so normal times

So, what does this serious test mean for G20 summitry? One scenario is that Saudi Arabia’s hosting – amid COVID-19, is a one off and there can be a return to normality in 2021 under the presidency of Italy and the replacement of Donald Trump with Joe Biden. This scenario highlights a renewed privileging of the G20 as a hybrid focal point.

Yet, as citizens around the world know all too well, with the COVID-19 crisis we are living in not so normal times. The dilemma for the G20 therefore is how to cater to the cascade of elevated demands to do more in the way of summitry, when the capacity to do so has been reduced.

This dilemma is in many ways a paradox, for looking back to the earlier initiative for summit reform prior to the GFC, there was speculation that a pandemic would likely be at the head of the list of crises to act as a trigger for global governance reform. The COVID-19 crisis though has not meant a reversion of the G20 to concerted mobilization as it did in 2008 on the GFC. Saudi Arabia was supportive of the ‘Access to COVID-19 Tools (ACT) Accelerator Initiative’, but this type of initiative was not accompanied by a focused conversation by leaders. On the contrary the dominant discourse on an individual basis emphasized vaccine nationalism.

The creation of a secretariat for an established institution is not unprecedented, as witnessed by the move by ASEAN as a ‘mature’ regional organization to establish this type of mechanism. To be sure, G20 plays a very different role in the global domain than ASEAN. But the same sort of logic holds. At the core of this recalibration is the value of the Secretariat as the memory bank and support system. As the G20 has moved in a pronounced fashion to a forum pushing initiatives motivated by national preference, there is no record (beyond academic accounts) of the operations of the G20 or for that matter some organizational means to provide glue in the carryover from summit to summit with respect to common binding themes.

As illustrated by the obstacles in the way of proposals for change in formal institutions with global projections, reform is always going to face contestation. Still, what should be possible is a nudge towards the creation of a modified form of secretariat. That is to say, an innovative testing of supplementary, flexible mechanism for the G20 that provides in effect a Focal Point Centre. This approach could entail a mechanism by which a cluster (a troika?) of eminent former officials and/or think tank representatives with a diversity of backgrounds (supported by a small number of contractual academics and/or think tankers) would be seconded for short periods of time to provide both a backward-looking memory bank and forward-looking guide! As COVID-19 demonstrates there is demand for the G20 to do more, even if the supply of doing more is to facilitate greater thematic continuity – with enhanced accountability from one year to the next in synch with the hybrid focal point model. Accepting the reality that the G20 has shifted from its crisis committee stage, and will never in all likelihood move to a steering committee stage, does not mean an acceptance that the G20 is dependent on the self-help agenda – and diplomatic limitations – of the host. The G20 – and global citizenry – deserves more. 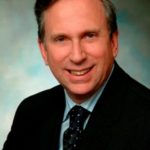 Andrew F. Cooper is University Research Chair, Department of Political Science, and Professor at the Balsillie School of International Affairs, University of Waterloo. From 2003 to 2010 he was Associate Director and Distinguished Fellow of the Centre for International Governance Innovation (CIGI).