The crisis of decision making in a “globalized” world

Globalization and its attendant features have been attracting substantial attention of late. While discontents from globalization are chronicled regularly. The phenomenon  also underscores the increasingly emerging inter-connectedness among human beings transcending geographical separation. The increased scope of inter-connectedness makes it imperative for G20 to seize of this opportunity and create a global governance structure that protects people and the planet.

The world is getting smaller by the days. Thanks to the tremendous progress made in communication technology, it has become much easier for one to interact with someone located thousands of miles away, share ideas, take decisions and implement them in real time – and currently even without taking the trouble of travelling around the globe. Global production networks have thrived and economies built around global opportunities. Global financial flows are happening in lightning speeds. Academic activities and research are facilitated beyond the spatial divide. Cultural exchanges are possible in a way not imagined a few decades ago. Social media today helps one know almost in real time what’s happening across the globe.

And yet, simultaneously, globalization is, for many, emerging as a source of discontent. The shrunk world has thrown up winners and losers – the latter in a significantly larger proportion. It is, therefore abhorred and considered a setback to human progress. Can globalization and its forces be utilized to add to human comfort and well-being? What may be a roadmap if we want to answer the question in the affirmative? Can G20 play an effective role in creating the way forward? I believe, yes.

A human being puts on a number of hats simultaneously, while making a decision. Such decisions are taken both as an individual and as a part of a collective in an inter-woven manner. She behaves as an economic agent, contributes to maintain, strengthen or even snap her social networks, pursues her cultural values and takes political decisions on sharing of power with others. Obviously, the decisions in one domain are not independent of those taken in other contexts. An economic decision of what to consume or produce, or for that matter, what not to produce or consume, is influenced very much by the power-sharing arrangements decided by the same individual which she is a part of. Cultural values and social networks also influence the political decisions and by the same token economic priorities and status  of an individual. Such decisions also influence human capacity to take future decisions. Compartmentalization of social science into several specialized domains has created an unwanted epistemological divide in understanding human behaviour in a holistic context. Globalization and its aftermath have to be analysed from this fundamental crisis and its differentiated impacts on human life.

As is observed, the speed of globalization has been increasing, but is varying across the several domains we engage in. Globalization in the economic domain, thanks to rapid changes in the field of technology, has moved ahead at a much faster rate than those in the political or social domains. While economic decision making processes are little influenced by the geographical distance, methodological nationalism – politics in and among nation states – dampens the process of political globalization. The economic domain, on the other hand, is dominated by the ideas of methodological individualism – that is faithful to the idea of subjective individual motivation explaining a social phenomenon. Linked to this belief is the idea of standardization, calling for standardized products, standardized political systems, standardized culture and even using standardized methods of analytical models in our quest for knowledge.

The idea of deciding as a part of a collective  has had to take a backseat leading to a corresponding slowing down of the prospects of effective social and cultural globalisation. The differential speeds in the several components of globalization leads to an imbalance, a lack of harmonization among them, and has been causing discontents.

It is necessary to bring the holistic basis of human existence into the focus of global attention today. Technological advances have created a notion that well-being of every other entity – including the non-human living organisms and the environmental resources – is dispensable as long as the pursuits for well-being of an individual are taken care ofPossibilities of resultant increased inequality – economic, political and social – were not given adequate attention By this  logic, every individual has equal potential to move up the ladder of well-being. The present discontents around globalisation is fundamentally a response to such a make-belief approach.

The faith in methodological individualism as driver in economic globalization requires a relook. Its legitimacy is being questioned with rise in inequality and the consequent disturbances that jeopardizes one’s existence as a social entity. It is being increasingly realized that an individual entity cannot progress, if not survive, solely on her own achievement. This becomes much more a matter of concern, as we realize that no two individuals are equal in terms of their existing endowments and capabilities – economic, political, social and cultural. These differentials, rather than being negated, should be appreciated and consciously taken care of. The argument in support of standardization of institutions, products and services also stems from the negation of this diversity. It is pushed forward as an argument to reduce the cost of making contractual agreements and homogenizing individual at the expense of disrespecting plurality.

In pursuit of enhancing supply of social goods

Globalized efforts in supply of social goods and protection of the existing ones can be an effective solution to navigate out of this crisis of legitimacy. Social goods comprise of global public goods that can be consumed by all irrespective of their social, political and economic standings and global common pool resources, commonly referred to as global commons. that provide required services to the global community, even though often used, managed and conserved by a specific community as custodians on behalf of the global populace. Global public goods comprise of provision of basic health services, education facilities, research activities, technology, gender sensitive institutional arrangements, a decent standard of living for all, among others. Global commons, on the other hand, would need to be taken care, for instance the diverse gene pools, renewable natural resources, other environmental factors like water, air and soil cover, traditional knowledge systems and even cultural traits.

An effective globalization that protects and supports pluralism through multilateral actions would entail considerable collective investments in social goods. The Agenda 2030 hints a roadmap to this effect. It is expedient on the G20 to create a global institutional mechanism to facilitate such investments. The immense technological advancement during the last couple of decades would make this effort easier to be accomplished. 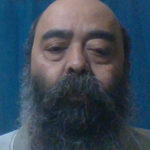