The world is now in the eighth month of the COVID-19 pandemic. When this was written, the highest daily infection rates were recorded in India, the US and Brazil, while the highest death rates (per 100,000 inhabitants) were registered in Europe and the Americas. Africa so far has not turned into a hotspot of the disease – good news that is attributed to effective public health workers and Africa’s young population. The COVID-19 pandemic has laid bare weaknesses and blind spots in societies, economies and policies worldwide. Notably that public services the world over take too long to understand their new responsibilities under changed circumstances and as a result act too slowly, at the expense of the most vulnerable. For example, infection and death rates are high in OECD countries despite good health care systems. And insufficient digital infrastructure and access in public administrations, schools and households, exacerbated by social inequalities, affect access to education in Germany or in Latin American countries alike.

Governments around the world have taken action to reduce the socio-economic impacts of the lockdown, mainly by investing in social protection schemes, but often they have not been able to cover all those in need. The world first saw an overwhelming trend of each country fighting the pandemic by itself. In the European Union, member states closed their borders in an attempt to keep the virus out – instead of cooperating to minimise risks and maximise mutual support. In June they finally came to their senses and agreed on a financial package to pool investments for an emergency fund, and most importantly, to ensure that economic stimulus measures for recovery contribute to the implementation of the European Green Deal, to act on climate change, to protect the environment, to advance a European circular economy, and to reshape energy and agricultural policies. Still, living up to this commitment remains a big challenge when it comes to concrete implementation in and by member states.

Globally, the outlook is bleak. Economic contraction is expected to be much worse than after the global financial crisis in 2008. Future economic activity is still uncertain, depending on whether second waves in 2020 or 2021 can be avoided or mitigated. Unemployment and hunger are rising. The forecasts on how many people will fall back into poverty globally point to a terrible backlash. According to one study, absolute numbers could increase again considerably in Asia for the first time since 1990, as well as in Latin America. Up to half a billion people could be affected in the worst-case scenario. A universal pandemic and its socio-economic impacts cannot be fought in isolation. Neither can other systemic risks that are inherent to a globalised interdependent world where “the super-spreaders of the goods of globalisation—airport hubs, fiber-optic cables, global financial centres—are also the super-spreaders of the bads”. The pandemic also illustrates the devastating power of compounding crises as Arif Husain, Chief Economist of the World Food Programme, puts it: “COVID-19 alone is terrible already but we have COVID-19 plus climate change plus conflicts plus inequality”.

The 2030 Agenda for Sustainable Development provides a framework for transformative action that reduces the current imbalances in economic performance, social justice, political participation and environmental protection. The international co-operation system as it exists today, however, does not seem to be fit to adequately deal with this complex situation. COVID-19 is absorbing all political energy and public resources, creating obstacles to previous commitments to target the structural causes of deeper threats to social cohesion and the environment. Systemic risks of globalisation and looming global threats such as climate change require a paradigmatic change in the way the international community works together.

It is not enough anymore to conceive external action mainly in the service of national interests and development co-operation as playing a supportive role to the poorer countries only. Instead, to be truly global, international co-operation should take a shared interest in the global common good as its starting point, forging solid alliances and institutions that protect it. Such a system would invest in co-operation among all countries to accelerate transformation of production and consumption patterns and to disassemble global and regional institutions and rules that prevent societies and economies from becoming more sustainable and resilient.

In this system, all countries would make their contributions to the global common good by embracing domestic change and following international agreements and rules; by engaging in joint learning processes with others and mutually transforming trade and investment; and by supporting others in their own processes of change. Development co-operation as we know it today would transform itself and policies into something new: an international co-operation designed to achieve sustainable development objectives. It would disappear as a co-operation system between rich and poor that mirrors an outdated North-South dichotomy that it has so far appeared unable to overcome.

The European Green Deal is an opportunity to put this new type of international co-operation into practice – that is if it does not restrict itself to building the EU back better and instead strives to include co-operation efforts towards the shared global objectives of the Paris Agreement and Agenda 2030. These efforts would extend towards the US, Russia, and China. Moreover, the EU, the Mediterranean region and the African Union share a sufficiently large number of problems that can only be solved jointly. They have experiences of collaboration in international negotiations that should encourage them to renew their co-operation in a more fundamental way, overcoming the post-colonial legacy of the Cotonou Agreement. The EU should also invest its political and economic capital in rebuilding and reforming international co-operation beyond its neighbourhood, by supporting UN reform, reshaping multilateral financial institutions, and making the G7 and the G20 work for the global common good.

To be clear: this is not about forming a world government or about diminishing the diversity of political institutions and cultures within and across countries and regions. Societies will continue to organise themselves on the basis of their specific historical experiences and social preferences, and engage in different pathways towards sustainability. Both competition and co-operation will be needed to generate innovative solutions. And both will be embedded in an international system of improved rules and strengthened institutions that limit the detrimental effects of power differentials, and prioritise social and environmental needs and political participation.

Development activities funded by official development assistance (ODA) are not enough to bring about these sustainable transformations by themselves. A renewed, differently shaped international co-operation system would need to put social, environmental and economic sustainability at the heart of government action and national development strategies, in the local and the global interest simultaneously. Co-operation to bring about sustainability reforms would be embraced in relations among all countries, whether North-North, North-South or South-South. At the global level, multilateral organisations would be strengthened and reformed towards a universal approach, without weakening the support for least developed countries (LDCs). Finally, co-operation would be funded to achieve real change, rather than to maintain channels for financial flows to countries that are perceived as worthy, as allies or as entitled to such flows.

This blog was also published under https://oecd-development-matters.org/ 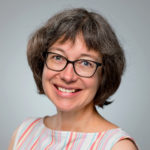