New buzzword – why so popular?

Resilience has become increasingly popular in all dimensions of our lives and also in different academic disciplines ranging from ecology to psychology and social sciences. The resilience turn has also reached the EU: first in EU development and humanitarian aid policy in 2012, then European neighbourhood policy in 2015, after which it became the centerpiece of the EU’s Global Strategy of 2016.

Interestingly, since the Covid-19 crisis hit Europe in March 2020, also EU trade policy discourse is full of ‘resilience’. Announcing his new Trade Policy Review, which comes earlier than foreseen because of the Covid-19 crisis, EU Trade Commissioner Phil Hogan mentioned the concept six times. This popularity is not difficult to understand: we all appreciate its optimistic connotation in uncertain times. It is hard to be against resilience and more of it is always better.

However, there is a less innocent reason for its appeal. Resilience resonates very easily with the prevailing free trade paradigm.

Neoliberalism did it again

There is an extensive and sophisticated literature on what resilience means, which can be roughly divided in two views. The conservative view sees resilience as recovering from a shock back to the original stage, whereas the transformative view stresses how crises imply adaptation and eventually a new equilibrium. Both views have in common that:

Hence, the transformative vision may not be that different from the conservative one. While it sounds positive and hopeful, ironically, it relies on the fatalistic assumption that crises will require us to change. As some scholars noted, it constitutes a ‘colonization of the political imagination’ and ‘offers hope in a hopeless world’.

Clearly, the focus is not on system change and preventing future crises. When the next crisis hits, we have to be better equipped to recover or adapt. Fortunately, we can organize trainings to develop resilience and develop indicators to measure progress.

Given the neoliberal tenets of resilience thinking, it may not be surprising that the EU Trade Commissioner and the Council of Trade Ministers have come to espouse the resilience turn. Also free trade advocates have discovered resilience as a key ingredient of the EU’s trade policy response to the crisis.

Just like other terms such as sustainability, transparency and inclusion, resilience can easily be molded to serve various agendas. Not only does it ignore the systemic flaws of neoliberal globalization, it also appeals to those advocating a stronger and more coherent EU foreign and security policy, and it has a progressive (transformative!) flavour to it. This fits in the EU’s wider trade response to covid-19: despite cautious and ambiguous emphasis on strategic autonomy for some products, ‘business as usual’ prevails.

For the Commission, the crisis shows the need to speed up the trade deal with the US (formerly called TTIP) and to revitalize liberalization in the World Trade Organization (WTO). An ambitious deal with Mexico was signed end April and negotiations with Australia and New Zealand continue. The resilience goal does not challenge the EU’s ‘hands off’ approach to fair trade – quite the contrary. Meanwhile, the resilience concept has been joined by ‘open strategic autonomy’, which leaves sufficient ambiguity to continue liberalization with some exceptions.

More surprisingly perhaps: also fair trade advocates in Europe have embraced the resilience hype. To be fair, the movement also uses more radical language, arguing that the crisis provides ‘an opportunity to radically rethink the unsustainable and unequal global growth model’ and demanding binding EU legislation on business and human rights due diligence. More worrying is that resilience also sneaked into the fair trade discourse. It was remarkably quickly promoted to become a key element of the message of fair trade and trade justice movements. Until 2020, resilience barely appeared in key documents. It was absent in a 36-pages vision document on fair trade in Europe (‘sustainability’ was mentioned 172 times) and it appears just once in passing in the 19-page International Fair Trade Charter. The 20-pages Alternative Trade Mandate had only a single reference to the concept, which is entirely absent in the 39-pages Friends of the Earth report (‘sustainable’ and ‘sustainability’ appear 199 times).

Suddenly then, resilience appears everywhere. The brief Fair Trade movement statement to G-20 leaders of 15 April 2020 refers three times to resilience. The two-page summary of a webinar on the corona crisis and fair trade mentions it twice. A Fair Trade International Symposium online event was devoted to the impact of Covid-19 on ‘Fair Trade and resilience in supply chains’. Fairtrade International’s press announcement at the occasion of World Fair Trade Day has resilience in its title and ten times in the 1-pager, which highlights the creation of a ‘Fairtrade Producer Resilience Fund’ in response to the covid-19 pandemic.

However, resilience remains underdefined. Fair trade references to resilience refer to people (‘workers’, ‘farmers’ and ‘producers’) in the global South, or to ‘supply chains’. It is unclear what exactly resilient supply chains would look like. This confusion facilitates a discursive alliance between resilience and the free trade philosophy. Is this a problem? Perhaps not, but it puts the finger on past and ongoing debates on whether fair trade should involve radical change of the trading system versus specific reforms within the existing system. Fair trade against the market or in the market?

While proponents of ‘alternative trade’ demanded an overhaul of the global economic system in the 1960s, they shifted emphasis to the selling of products that would reap direct benefits for producers since the 1980s.

In theory, the long-term radical vision and short-term pragmatism could be combined. Over time, however, market activities came to overshadow social justice concerns and fair trade became increasingly associated with specific shops and product labels. Instead of an alternative to the market, it became a niche market in itself.

Towards a radical agenda

In the past decades, fair trade advocates have already included enough ambiguous concepts in its discursive armory, such as ‘fair’, ‘just’, ‘inclusive’ and ‘sustainable’. ‘Resilience’ now just adds another layer of fuzziness. Instead, it should be carefully reconsidered what fair trade means, how we can achieve it and how ‘resilience’ possibly fits in this picture. This inevitably involves a critique of neoliberal globalization, which has once again shown its vulnerabilities during the Covid-19 crisis.

First, changes or abolition of existing trade and investment rules could be advocated, with the purpose of subordinating free enterprise to social and ecological objectives and promoting less trade at regional scale. Second, instead of voluntary fairtrade labels, priority could be given to arrangements that regulate commodity markets and guarantee sufficiently high and stable prices. Third, key attention should go to UN and EU negotiations on business and human rights. Finally, the fair trade movement cannot be ignorant about the historical and colonial dimension of unequal trade relations, and should be at the forefront of decolonization debates and support claims for reparations.

While these suggestions might seem utopian, they merely undo the worst (and radical) measures of the past 30 years, revalue the critical and post-colonial roots of the fair trade movement, and add recent insights on global justice, de-growth and post-development. 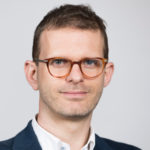 Jan Orbie is Associate Professor at the Centre for EU Studies, Department of Political Science, Ghent University. He works on the European Union’s role in the world, including EU trade and development policies.