The year 2020 should have seen many major international conferences, mandated to take especially important decisions to protect the environment. The Convention on Biological Diversity was set to convene in China in October for its 15th conference of the parties (COP). The 26th Climate Change Conference (COP26) should have met in the United Kingdom in November and the World Trade Organization (WTO) was supposed to hold its Ministerial Conference in June. However, since March 2020, COVID-19 has led to the cancelation or postponement of those meetings. Many other multilateral conferences have been victim of the spread of COVID-19, with governments being forced to close borders and cancel conferences. Others, such as the G7, G20, the Petersberg Climate Dialogue or European Council meetings are taking place as video conferences. Whereas a teleconference with seven leaders might be a feasible solution, the two main options for multilateral negotiations – either delaying meetings or moving them online – both pose major challenges.

Although the short-term effects of the coronavirus-induced economic downturn may allow mother nature some breathing space, the delay of major international meetings poses challenges to multilateral cooperation with regards a number of pressing global environmental problems. The year 2020 started with high hopes for environmental negotiations, as both the biodiversity and the climate COP were set to be major environmental milestones. With the spread of a global pandemic, climate change, biodiversity loss and any other global challenges not directly related to COVID-19 inevitably lose priority and salience for states, society and the media. If negotiations recommence next year during a time of economic recession unprecedented in our lifetime, states might be even more likely to prioritise economic growth over environmental concerns.

Organising meetings virtually, via skype, zoom or other tools, is probably the most popular way of communication in 2020. However, holding virtual meetings, which include nearly 200 states’ representatives spread across the world, is a challenging endeavour. It raises questions of transparency, security and the feasibility of producing agreements at all. The WTO decided to postpone its meetings, instead of holding it virtually due to technical challenges, such as simultaneous translations and access to stable internet connection by all its members.

A transparent and inclusive diplomatic process foresees the possibility for every country to raise their voice. Contrary to all-day negotiations, online sessions are often reduced to a few hours due to time zone differences, making it difficult for everyone to speak. Moreover, successful diplomacy lives and dies with informal meetings over coffee, lunch or somewhere in the corridors. Diplomats carefully engage with their partners and opponents in informal ways, to understand red lines and possible compromise solutions. If such meetings need to be organised more formally, by picking up the phone, or sending an e-mail, progress in the negotiations appears less likely. Even worse, breakout sessions, i.e. smaller informal negotiations in a virtual format mean stopping an ongoing online meeting, starting a new one with a smaller group of countries and then later restarting a new meeting with full participation. This complicates negotiations and undermines the transparency of the process.

The new online mode of negotiations provides both major challenges and advantages for developing countries. On the one hand, informal consultations in a virtual format seem to privilege developed, well-equipped countries. Developing and especially very small countries risk being sidelined in the process. They are more likely to miss out on informal consultations and might not get the chance to engage in such meetings themselves. For busy negotiators, it is a lot easier to ignore an e-mail than to walk away when being approached personally. This also affects civil society and the media. Moving negotiations online thus risks undermining the transparency of the whole process. On the other hand, virtual meetings are less costly, allowing developing countries to participate more easily and with a larger delegation. Moreover, negotiations will focus on formal meetings with the whole group, thereby increasing the chance of smaller countries to be involved. Informal meetings, which are happening regularly during physical meetings, often disadvantage smaller countries, as the big and influential strike deals behind their backs.

Last by far from least, technical and security issues challenge virtual diplomacy. Most virtual negotiations take currently place on zoom. However, many experts have raised security concerns, especially when smaller breakout sessions take place. If negotiators do not trust that their meeting stays confidential, they will be reluctant to share sensitive information. Those are however essential in order to reach a compromise. In addition, simultaneous translations, which is the standards in official UN meetings, are difficult for online formats. Moreover, a good internet connection is still expensive and difficult to attain in some developing countries. This makes participation in virtual live consultations a huge challenge and risks excluding a few nations.

Even so, virtual meetings are challenging, recent examples show some positive trends. In the Petersberg Climate Dialogue, the speeches of German Chancellor Angela Merkel and UN-Secretary General Antonio Guterres, as well as the high-level questions and answers with ministers were streamed live on the internet. Similarly, the Adaption Committee in the context of climate change gave a positive example on how to make the best out of the situation. By scheduling their meeting from 1 pm to 3 pm CET, they allowed all participants to attend during daytime. Moreover, broadcasting the meeting via YouTube Live, allowed anyone interested to follow the discussions. In addition, the video conferences by the European Council are a positive example of how virtual meetings work. It allows EU leaders to get together quickly and discuss urgent challenges, such as the European response for COVID-19.

Multilateral negotiations face huge challenges in times of ‘social distancing’. Losing momentum for environmental protection is a very real risk when economies are under threat. The organisers of upcoming negotiation rounds thus have the tremendous task of ensuring a fully inclusive process. Nonetheless, let us conclude on a positive note. Testing out new methods of virtual cooperation might introduce new modes of negotiations for the future, reducing physical, costly meetings. Even though nobody is able to predict the effect of COVID-19 on the future of multilateral cooperation, it is likely that a challenging process will also come up with new, innovative solutions. Necessity is the mother of invention. 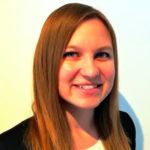