After World War II, Europe still felt it had a message to the world: Overcome the divides of sovereign nation states by creating a supranational, law-based conflict solving governance structure. Now, in its third generation, Europe’s economic success is the very cause for the need of an alternative.

European integration has all good reasons to trust in the benefits of switching to a sustainable development policy, for its own sake: Sustainable Development, at the difference of neo-liberalism, is again an integrative project, emphasizing solidarity (among generations, among nations), calling for federal governance, reinforcing the centripetal forces in society and politics. No other policy project serves European integration – and arguably the global common good – this much!

European Integration coincided with the dawn of the “Golden Age of Capitalism”, the “Thirty Glorious” years from a Western perspective. This first post-WWII generation in Europe was marked by the desire to overcome the divides of the past, to prosper together, to reconcile former enemies, to integrate – at all levels, within the societies and among the nations. Decolonisation happened in parallel – and often at the margin of Europeans’ awareness. It was eclipsed (or compensated) by breathtaking growth over a whole era, which enabled nearly the whole of Europe’s society to live a life without shortages, supported by a Welfare State, which balanced the benefits among most of the members of society. In this era, centripetal forces, pushing towards an “ever closer union”, were predominant.

This model plunged into a deep crisis in the 70s, triggered by external events, like the end of the Dollar as the anchor currency, and the oil price shocks; the real problem, however, was affluence: The Europeans had nearly all of what was on offer; “saturated markets” led to the “stagflation crisis”, which put an end to the trust in the Welfare state, and in European integration, too.

Not surprisingly, this “age” was not entirely “golden” – it had a dark side: The exponential growth of production and consumption lead to pollution of water and air, exhaustion of soil and other resources, reduced biodiversity – the “limits to growth” appeared at the horizon, as the alert of the Club of Rome report in 1971 announced. The question of how to reconcile the right of further “development”, in the Global South, and the need for preserving the “environment” arose.

The way out of this crisis was found in the United States, a twofold way: One was the high-tech revolution, which made devices available and desirable, until then considered as science fiction, like cell phones and personal computers; it launched a whole new spectrum of economic activities based on the virtues of these goods, in particular in the field of financial markets. The other one was a new model of economic politics, neo-liberalism. As Ronald Reagan put it in 1981: “Government is not the solution, government is the problem.” Deregulation, privatization, liberalization became the mark of the new era also in Europe.

Europe had to accommodate to this “solution” of the crisis – by finally implementing the Common Market, by conferring on the EU the ungrateful tasks of organizing competition and deregulation. The EU became the agent of the neoliberal age, i.e. a promotor of a model of society marked by individualism, and in its degenerating version egoism, by centrifugal forces, encouraging everyone – at all levels, individuals as well as states – to go their own way. European integration was caught by an intrinsic contradiction: How to pursue a project of political integration by means of a policy of societal disintegration?

The second post-war generation stumbled into its own crisis, the financial, economic and state debt crisis – often mistakenly dubbed “Euro-Crisis” – from 2008 on. Again, the setting of the whole era, with its deregulated financial markets, its lack of solidarity, its egoisms proved to be unable to solve this crisis: it may be “under control”, but there is no solution at hand.

In the meantime, the twofold “solution” of the crisis of the 70s – “Chip”-revolution and neo-liberalism – deliberately ignored the “limits to growth”, which were already well-known when this way out of the crisis was chosen. Despite the knowledge of the time, despite the UN (the Brundtland-) Report “Our Common Future”, which in 1987 spelled out the concept of “Sustainable Development”, renewed (quantitative) growth was considered as the way to “solve” crisis.

In Europe and globally, we must face now the ever more pressing challenges of what was already well known a generation ago: the perilous effects of our generational and regional egoism, i.e. of the uncontrolled growth of production and consumption, on the planet and the conditions for life this planet provides us with. No longer can Europe ignore that we will reach the limits to growth, that we have to change to altogether different patterns of production and consumption – not because this is a political choice, much less an ideological one, but simply because the facts oblige us to do so: Climate is changing at accelerated pace, which endangers the livelihood of billions of humans and will trigger migrations at an unprecedented scale, biodiversity is being reduced at a breathtaking pace, impoverishing irreversibly the biosphere etc. etc.

The challenge is therefore to solve the crisis of the Second Post-War Generation by the deliberate and decisive switch to a way into the future which reconciles our needs with the needs of future generations, and which allows to share equitably the available resources among all nations, and individuals, all over the globe, in other words: to finally take seriously what the UN report of 1987 already recommended in a dramatic appeal to the Second Post-War Generation: go for “Sustainable Development”!

Against this background, the “European Green New Deal” is a promising attempt to engage on such a path. It is for the first time a political priority in line with Sustainable Development, despite its shortcomings: It focusses too much on the present topic of climate change, which is by far not the only ecological damage we triggered. Sustainable Development taken seriously is indeed a holistic, all-embracing, integrative approach, which touches upon the economy, ecology, society and politics, at all levels of government. The EU should assume the driving seat in this profound change. The Conference on the Future of Europe should focus on this overarching Task!

In other words: Sustainable Development is the ideal political project for the EU, because it opens Europeans’ eyes for the most urgent real challenges which lie ahead; because it requires federal governance, which is the original destiny of European integration, and it demands a clarification for (and of) the EU’s global relations.

The Third Post-War Generation in Europe must be one of the “Green Age”! 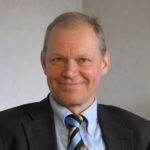 Hartmut Marhold is Honorary Professor at the University of Cologne and teaches as well at the Turkish-German University. He is Senior Research Fellow at the Centre International de Formation Européenne (CIFE), where he was Director General for many years. From 1994 to 2002 he was Secretary General of the European Movement Germany.