Since the world celebrated the 40th anniversary of Buenos Aires Plan of Action (BAPA) for promoting South-South Cooperation (SSC), several meetings are being organised to understand and absorb the declaration for future course of action. It assumes further importance as the global community addressed here the partnership roadmap for the Sustainable Development Goals (SDGs) and the modalities of SSC and triangular cooperation. India has been at the forefront of furthering the cause of SSC and is one of the major players at the world stage.

Launched in 2013, the Delhi Process has emerged as a vibrant platform to explore nuances of South-South Cooperation (SSC) and its interlinkages with global development finance flows. The recently held fifth conference under the Delhi Process addressed this issue in a wider context. In continuation of this legacy, the fifth edition of the Delhi Conference on SSC and Triangular Cooperation (TrC) took place between 22nd to 24th August 2019. Initiated by the Indian think tank Research and Information System for Developing Countries (RIS) and the ECOSOC, the process is now led by the Network of Southern Think-tanks (NeST) and the UN Office on South-South Cooperation (UNOSSC) with support from the Ministry of External Affairs of the Government of India. Delhi V was the first major gathering of diverse SSC and TrC stakeholders from across the globe after the 40th anniversary of Buenos Aires Plan of Action (BAPA+40).

Delhi V was by far the largest assembly of subject experts in the history of Delhi Process with participation of more than 150 panelists from 53 countries of the South and North, 17 international agencies and around 10 official agencies for cooperation from the Southern governments. There were several participants from private sector and civil society. Deliberation were spread across six plenary sessions including three parallel sessions and three inter-connected fora. In the backdrop was an interesting exhibition demonstrating several successful SSC and TrC projects.

The conference reflected on the strengths of SSC. With the two other leading democracies – Brazil and South Africa – India issued a major statement from the platform of IBSA on features of SSC. The IBSA Declaration on SSC was taken up across sessions. One of the main attributes that differentiates SSC with traditional cooperation is SSC’s diversity and celebration of its plurality. This aspect of diversity and inclusivity was evident in Delhi V: On one level the participants were policy makers, academics, civil society members, private sector representatives, media persons and students and on another level the participants belonged to different countries of North and South. Further, the presence of international organisations, inter-governmental organisations and aid agencies from North and South made Delhi V a generous affair.

One of the most important outcome of Delhi V was a detailed discussion on impact assessment methodology for SSC projects. Over the years, SSC has increased in quantum, sector-specificity and geographical spread. The expansion has come with new challenges. Key principles are a demand driven approach, non-interference in the internal matters of partner countries, ownership, and macro-economic and political non-conditionality, each subject to debates among SSC actors. Furthermore, the Southern countries have also been debating between the issues of Impact Assessment of their projects in partner countries. Building upon previous Delhi Processes, a broad consensus was achieved regarding the need for impact assessment for SSC. Subsequent editions of the Delhi Process will aim at further developing SSC impact assessment.

Innovations in the Delhi V Format

This year the Delhi Process explored a new approach of cluster events, where after the theoretical and policy discussions, there were three important connected meetings.

One of them was Young Scholars’ Forum, where the effort was to overcome a major limitation of Southern partnerships. SSC, in spite of its long history, has been scantily researched. Further, engagement of scholars from the South in developing a strong narrative that identifies SSC as a distinct effort in development cooperation has been largely insignificant. But, now with growing interest in SSC and expansionary (scale, sector and geography) nature of SSC has rekindled the focus of researchers towards SSC. RIS has over the years been conducting capacity-building programmes for future change-makers from Southern countries in the areas of SSC, SDGs, Economic Cooperation and Trade, and Science Diplomacy. Regular interactions with universities within India and summer schools on issues of trade and development has also been in focus of RIS towards its internal audiences.

Second new addition was to connect research at think tanks with universities. The intention of facilitating in-depth research and greater synergy across the academic disciplines and their interface with public policy formulation process; and advancing the ideas of SSC to universities across India and in other developing countries. It is a step towards decolonising the academic space with proper realisation and contextualisation of indigenous ideas for domestic growth and development. It was heartening to observe that this idea found constituency among the participants of other Southern countries as well, indicating that this initiative has a pan-South appeal.

Third was a dedicated half a day work shop on impact assessment methodology, as evolved in one of the main sessions of Delhi V. This could facilitate much more deeper and relaxed discussion, outside the structured conference with usual limitations of time, etc. The task now would be to bring in more case studies this year for testing the methodology.

Delhi V concluded with the aspiration that future deliberations on various dimensions of SSC will build upon the outcomes achieved during this conference. Major tasks with regards to Impact Assessment of SSC will have to be undertaken with the understanding that the purpose of SSC is not to make international comparison in a competitive spirit but to enhance mutual learning and experience sharing. The idea is not to compare financial and budgetary allocation, number of countries, number of projects and initiatives and other statistics associated with outcome and impact. Local relevance and collective gain are some of the features that SSC should be associating with if at all going in the direction of the impact assessment framework. It was also discussed that further research needs to be undertaken towards new issues related to technology, artificial intelligence and industrial revolution 4.0 which are posing new challenges for Southern countries. As a unanimous understanding, it was realised that transfer and localisation of knowledge is important for effective implementation of SSC along with preservation and assertion of popularity within the South. 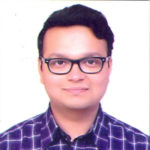 Pratyush Sharma is a former MGG Fellow and currently Doctoral Candidate at the United Nations University for Peace, Costa Rica 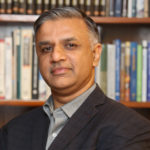