The G7 Summit in Biarritz: Finding agreement amid discord

It is a common practice today to speak about the demise of the liberal world order. Threats to multilateralism, free trade and democratic values seem to arise from everywhere; both through a growing assertiveness of authoritarian regimes, but also from within liberal democracies.

This will create particular challenges for G7 leaders meeting at the annual G7 Summit in Biarritz, France this week, especially at a time when the world is increasingly confronted with (re-)emerging and transversal issues, such as environmental degradation, digital privacy and inequality. These issues are insufficiently regulated within our existing system of institutions, necessitating new and renewed forms of multilateral cooperation.

Against this backdrop, how can leaders at Biarritz make the most of the upcoming G7 Summit and find agreement amid discord? In an article that was the output of our involvement in the 2018 Think 7 Summit (a meeting of researchers from G7 countries convened prior to the G7 Summit in Charlevoix), we identified two important features of the G7 that make it better suited than other international institutions to address new and transversal issues: it’s informality and like-mindedness of it’s members when it comes to social, economic and political values. We argued the G7’s relatively high level of informality and the flexibility it provides, along with its focus on shared values among members make it well adapted to address new and complex issues that have „no home”. At the same time, its members are frequently expected to share problem definitions that enable them to reach faster solutions.

However, as the G7 Summit in Biarritz approaches, it has become clear that the like-mindedness of G7 member states is in flux, in particular in light of domestic developments in the United States. On issues ranging from climate change to trade, what we are presented with is a “G6 plus one.” Yet, with creative solutions building on the G7’s informality and the flexibility it provides, the current era of the G6 plus one will not necessarily relegate the G7 to a phase of decline and inactivity. Ahead of the upcoming summit, we call on leaders to make the most of the G7 by intensifying their debate on a long-term coherent vision strengthening common values and, where this proves to be impossible, to create mini-lateral solutions and long-term plans for particular problems at hand.

Playing to the G7’s strengths

Over a history of forty-five summits from Rambouillet in 1975 to the upcoming summit in Biarritz, the G7 has had an overall mixed record of tackling global issues. Building on the competitive advantages offered by its informal nature and generally like-minded membership, the G7 has been relatively more successful at tackling new and complex issues than conventional issues.

In 2018, for example, G7 leaders addressed both well-established and emerging issues. Within the first category, they acknowledged that trade liberalization contributes to economic growth, urged North Korea to dismantle its weapons of mass destruction, and expressed concern for the Israeli-Palestinian conflict. Not surprisingly, these statements did not contribute to solving these entrenched issues.

The G7 was more productive in framing emerging issues, such as sexual violence in digital contexts, foreign interference in elections, the governance of artificial intelligence, and ocean plastic waste. These problems are not adequately governed by other international institutions and G7 declarations adopted in 2018 will contribute to framing these issues in the years to come.

Likewise, the Biarritz agenda includes traditional issues that are already on the work program of existing intergovernmental organizations, such as fighting terrorism, protecting biodiversity, maintaining a resilient financial system and promoting access to education, as well as emerging issues that are in need of global leadership, including digital trust and supply chains for agricultural commodities. We expect the Biarritz Summit to be of greater importance for the second category of issues.

Making the most of the “G6 plus one”

The G7 remains an informal institution, despite its 45 years of meetings and efforts – both deliberate and organic – to institutionalize its processes. Yet, growing divergences in preferences, such as the United States’ “America First” foreign policy, puts the like-mindedness of G7 members at risk. At Biarritz next week, in areas ranging from international trade to climate change mitigation, G7 discussions seem likely to fragment, with dividing lines forming between the positions of the G6 (and the European Union) and that of the United States.

Reduced like-mindedness could harm the G7 in two ways. First, it may impede members’ ability to reach consensus on important issues. Second, as host states set the agenda, with the Trump Administration assuming the G7 Presidency at the end of the year, it could make transitions between summits increasingly erratic. Yet, building on the G7’s informality and the flexibility it conveys, solutions are available.

In areas where the G7 fails to reach consensus, there are no rules preventing smaller, “mini-lateral” groupings of like-minded member states from coordinating on pressing matters or the addition of external like-minded states to a summit. Like-minded sub-group or extended group mini-lateral solutions can serve as the basis for broader solutions at future summits. The sub-group strategy was successfully used in the early years of Russia’s G7 participation from 1994 to 1998 when the “G7+1” later referred to as the “Summit of the Eight”—including Russia—met alongside the G7 grouping. This set-up brought Russia to the table prior to its formal membership in the G8 in 1998, enabling the broader G7+1 group to deal with issues such as nuclear security; whereas the main economic meetings were held within the more likeminded G7 group. The extended groups solution is being used again this year, with Australia, India, Egypt, South Africa, Rwanda, Burkina Faso and Senegal and Chile set to attend the Summit. This format has the potential to generate solutions that have broad buy-in with partners even lacking full consensus within G7.

G7 themes have historically been set by the host country, affecting the coherence of transitions from one summit to the next. With the United States in line to host the upcoming 2020 G7 Summit, there may be a clear agenda shift after Biarritz. To minimize disruption, at Biarritz, the G7 should prioritize a small number of long-term initiatives to be followed up at the next summit, as recommended by this year’s Think Tank 7 report. Doing so will ensure a degree of consistency is maintained from one summit to the next, even if the constellation of invited states changes, while leaving host states room to incorporate their choice items on the agenda and respond to new pressing issues.

As would be expected of one of the progenitors of the G7, the French Presidency has been proactive in its organization of and boosterism surrounding this year’s summit. It has arranged the usual run-up of ministerial meetings and social media campaigns to build a steady drum roll of anticipation ahead of the leaders’ summit at the end of August. In addition, it has reached out not only to external partners as mentioned above but also domestic groups in an effort to placate the gilets jaunes. Moreover, for the first time in a decade, the summit will be organised across three days rather than two. We applaud this proactivity, especially if it reinforces the G7’s comparative advantages as an informal (and therefore flexible) as well as like-minded grouping. However, the French Presidency needs to proceed with caution.

We welcome the extended groups solution as one way to keep the G7 relevant. Utilizing a ‘variable geometry’ and rebooting each summit in terms of inviting like-minded leaders to discuss emerging issues can ensure that the right people to address a specific issue are sat at the same table. While not unheard of at past summits, it should be embraced as the ‘new normal’ of the way future G7 summits are organized, rather than presented as a novelty. However, there are associated risks. Invited guests need to feel that they are part of a meaningful discussion with tangible outcomes and follow-through to ensure they do not become disillusioned, disengaged and look to form their own groups of outsiders defined by little more than their perceived exclusion by the traditional G7 elite. The way in which the G5 of Brazil, China, India, Mexico and South Africa failed to articulate successfully with the G8 (i.e. the Heiligendamm Process)

provides a cautionary lesson that should be heeded to ensure the reboot in design of the G7 at Biarritz does not become just one more attempt at rearranging chairs on the Titanic.

In terms of the summit agenda, the French Presidency has placed the emphasis on the nebulous and potentially meaningless soundbite of ‘fighting inequality’. This is all very well as an attempt to grab attention and elicit some buy-in but requires greater specificity around the issues to be addressed. As we have argued above, the G7 is well placed to address new and transversal issues, and we hope to see concrete progress at Biarritz particularly in terms of framing the issues of digital trust, supply chains for agricultural commodities, and given its theme, the underlying dimensions of inequality and its impact on other issue areas. The G7 should provide a home for these issues and resist the urge to fall back solely on traditional, headline issues that are often little more than soundbites.

This year’s G7 summit has the opportunity to provide a template for the way future summits are organized in a more nimble and agile way than has been the case at recent summits. This template is all the more necessary as the G7 Presidency rotates from a proactive France to a capricious Trump administration seeking re-election in 2020 and a UK in 2021 still seeking political stability and leadership as a result of the Brexit debacle. Mini-lateralism and long-term thinking provide two viable ways through these uncertain times. 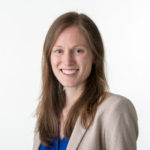 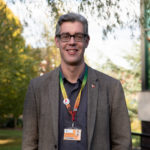 Hugo Dobson is Professor of Japan's International Relations at University of Sheffield. 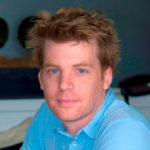 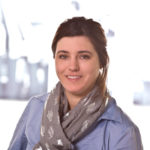