Is the G20 more Effective in Crisis times?

Many observers have expressed frustration with the G20’s growing ineffectiveness after its stellar role in averting a global financial meltdown and deep recession following the 2008 crisis. Its subsequent performance has never quite matched up to that as the body traversed from crisis to recovery mode. Consensus and cooperation has eluded it more often than not since, in part because of shift in focus to more complex, underlying economic issues.

National interests and policies have subsumed the larger common objective of reviving global growth. Divergent growth dynamics of G20 members and unilateral policy actions by major countries without consideration of spill-overs have prompted sharp differences on exchange rates and capital flows. While some observers believed it would take time to achieve an equilibrium on international economic cooperation, as that is not an easy task for a heterogeneous group of advanced and emerging economies, others have expressed doubts about the G20’s post-crisis relevance altogether.

The efficacy of the G20 in two polar situations – crisis and normal – thus emerges as an interesting topic of research. Does the G20 performance vary in these two settings? Does this apply equally to different elements of its core agenda? What explains possible variations? Are these related to global growth-trade cycles, divergences and group dynamics of G20 members?

We attempt answers to these questions. We constructed annual efficiency ratios based upon word count scores (verbs, such as agree, decide, instruct, task, call/ask/urge, pledge/resolve/commit, have taken action, undertake, decisions/launched/discussed’, and so on) from the G20-leaders’ communiqués. These are classified into two categories: effective or not, distinguishing between those indicating mere ‘agreement’ (e.g. ‘recognize’ ‘resolve’, ‘pledge’…) and those expressing clear ‘commitment’ (e.g. ‘agree/decide’, ‘instruct/task’, ‘set a timetable/launched’, ‘are implementing/making available/launching/on tract to deliver’) and are reflected in subsequent action. Besides the overall efficiency for the G20’s core agenda, a closer look was taken at its five main pillars, too, namely Restoring Confidence, Growth and Jobs; Promoting Trade and Investment; Strengthening and reform of Financial regulation; Reform of International Financial Institutions; and Inclusive and sustainable development.

The crisis years of the world economy between 2008 and 2010 predictably stand out as the G20’s most successful. This is unsurprising and conforms to popular perception and other analyses. Thereafter, the G20’s measured effectiveness drops steeply in 2011-12, rises somewhat in 2013 with its renewed growth focus (St Petersburg plan), but steadily declines into the 60 percent region over 2015-17. Overall, the G20’s efficacy is 20 basis points lower in the stable phase of 2011-17 against a 90 percent peak performance in 2008-2010.

The performance varies by topic area, though. The largest variation between turbulent and normal phases lies in the growth and trade-investment category (as per disaggregate effectiveness scores). Financial regulation is consistently steady, immune to the crisis/normalcy distinction; reform of IFIs remains weak, varying only with discussions on the International Monetary Fund (quota revisions and renminbi’s inclusion in the currency basket). We do observe a higher efficacy on inclusive-sustainable growth agenda from 2012, which reflects the body’s shift in focus in this period.

So why has G20 been more effective in crisis than normal times?

We explored the growth and the trade-investments agendas in more detail. Both are fundamental to G20’s role as steering group of the global economy since 2008. Moreover, macroeconomic policy cooperation and coordination is the most important sphere when markets and countries are integrated through trade and finance. Therefore, looking at these areas allows for finer analysis to identify associations, if any, between G20’s performance and growth-trade fluctuations.

A clear association exists between growth divergence in G20’s advanced (AEs) and emerging economies (EMs) member groups and its efficiency score, implying that consensus and action by the premier body is greater. Wider the growth gap, more effective is the G20. But as growth rates of advanced and emerging economy member groups converge, the effectiveness of the G20 declines. To find out why, we probed the relative roles of the two main groups, using the output gap (this is a measure of how much actual growth deviates from potential) as the indicator of motivated self-interest; the underlying idea here is the rise/fall in growth above/below potential may induce a country/group to cooperate more or less. We find larger the output gap in advanced economies, i.e. the more actual growth falls below potential, higher is the G20’s effectiveness (correlation of almost 90 percent).

How does G20’s effectiveness on trade-investment relate to growth divergences, world trade growth and protectionism?

There is some substance in the idea that trade-driven fears and competition impact the G20’s effectiveness. Similar to the growth agenda, the G20’s effectiveness on trade-investments is closely associated with growth divergence between advanced and emerging economies. The group was more successful in this dimension in 2009-2014 due to better coordination and agreement amongst its members as the revival of world trade was vital for growth recovery in both groups. As trade-growth gaps between advanced and emerging economies reduced over 2014-2017, we find this associated with lower usefulness of G20 in the period). As seen from the WTO’s total number of trade restriction measures by G20 countries, trade protectionism rose in these years and is directly related to fluctuations in global trade volumes: for example, world trade growth rebounded from -10.5% plunge in 2009 to 12.5% in 2010, which is the last year of G20’s most successful performance. Steep falls in global trade growth of 5.4 and 9.5 percentage points in 2011-12, an average 3% growth in 2012-16, a recovery to 5.4% in 2017 with fall back to 3.1% last year are associated with a rise in protectionism, all of which undermines the G20’s usefulness.

As the intensifying trade tensions from last year betray, it is the battle for contracting global trade that undermines G20’s effectiveness more than anything else. Tentative explanations for contrasting G20 performance in crisis and normal times could be as follows: For one, when it’s a matter of life and death, as during a crisis, members stretch and bend inordinately to save themselves. But recovery to relative normalcy accords more breathing space, allowing national interests to surface above global coordination and cooperation. Additionally, lowered growth potential across the world but especially in advanced economics (adverse demographics, low productivity), has resulted in lower growth overall, which is manifest in lowered volumes of trade in goods, services, capital and sharpened conflicts over labour movement (migration). The latter explanation of course suggests that a structurally altered global economy could compel changes in the conduct of global economic cooperation, which remains to be seen. But it is reasonable to infer that the stakes are higher in a shrunk pie, which makes bargaining, cooperation and consensus more difficult, and is underpinning lower effectiveness of G20 in the period. Perhaps the best course lies in the G20 members coming to terms with lower long-term growth of the world economy in the post-crisis period. However, in the current scenario marked by escalating trade tensions between two of G20’s largest member nations, this does not appear to be realistic – each country seems to want to grow faster than another at any cost. 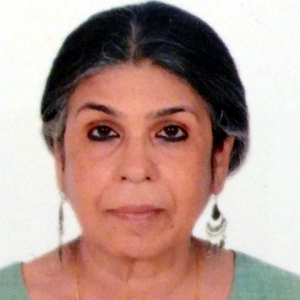 Renu Kohli is a New Delhi based economist. She currently researches/consults on macroeconomic policy issues