The G20 Osaka Legacy, from Global Summitry to the Korean DMZ

The Group of Twenty (G20) Osaka Summit was relatively successfully, with progress on important policy issues, despite the awkward compromises on climate and trade. It might be remembered for its striking similarities with the preceding Buenos Aires G20 Summit. The unusually short, seven-month gap between the two summits left the core agenda largely unchanged, partly reflecting the broad continuities in world politics.

There was a recurrence of earlier disagreements in Hamburg and Buenos Aires on climate and trade, with similar bargains reached for the leaders’ declaration. Another key feature of both summits were the bilaterals, especially between the American and Chinese presidents. This and other leaders’ interactions drew attention and criticism, as did the presence of Ivanka Trump at the Osaka Summit. The two previous summits similarly evoked pessimism about prospects for an unprecedented failure to agree a leaders’ declaration, which would undermine the G20 if it ever happened.

Controversies and surprises in Osaka, as expected

The predictions in my pre-summit opinion piece came to pass, though, admittedly, those on climate and trade were widely expected. These highly controversial issues were fiercely contested. Many Mexican and international observers were disappointed that President Andrés Manuel López Obrador chose not to attend the summit, the first G20 leader to do so without providing some sort of excuse. If he continues to avoid international engagements for the rest of his six-year presidency, it might have damaging diplomatic and economic consequences for Mexico.

It has become routine for U.S. President Donald Trump to do something to catch global media attention during summits. The Twitter teaser-trailer of his Korean De-Militarised Zone meeting certainly achieved this in Osaka. The post-summit analysis was then eclipsed by his historic foray into the Democratic People’s Republic of Korea, with its leader Kim Jong-un.

Surprisingly and fortuitously, as a professor rather than journalist, I found myself in possession of the declaration an hour before its official release. It was clearly useful to be at the International Media Center (IMC)! The latter was located inside the impressive summit venue, the International Exhibition Center, Osaka. This sprawling and isolated complex, on a small island by Osaka Bay, was cordoned off from the city for the duration of the summit. The IMC was an international melting-pot of connectivity, as G20 analysts, civil society representatives, and journalists from several different countries found moments to chat about summit news and rumors. There was a particularly large contingent of Chinese journalists; by contrast, the U.S. media pool remained secluded in an American bubble away from everyone else.

Rumors that disagreements on climate were more divisive than on trade, and might even prevent a leaders’ declaration, were circulating at the IMC on the second day of the summit. Despite American negotiators‘ apparent attempts to gain allies among the other G20 members for their climate position, the ‘G19’ formula excluding the United States remained the basis for the leaders’ climate agreement. French President Emmanuel Macron was especially critical of the Trump Administration’s position, and insisted on maintaining the reference to the Paris Agreement.  This formula was sustained from the Hamburg and Buenos Aires G20 summits, in exchange for a paragraph of effusive praise for Trump Administration “clean energy” policies, rhetoric that went further in praising American policies than the equivalent paragraph in the Buenos Aires leaders’ declaration. Despite extoling President Trump’s policies, the repeated references to his country in paragraph ‘36’ indicate the Trump Administration’s isolation on climate.

The G20’s formerly decisive “anti-protectionism” pledge, generally considered uncontroversial language until the Trump Administration, was ostensibly diluted to “free, fair, and non-discriminatory” trade. There has been much negative commentary on this, though John Kirton of the University of Toronto’s G20 Research Group asserts, “While the G20’s traditional anti-protectionist pledge was not reproduced verbatim, similar sentiments were clearly expressed in other words.” He is mildly optimistic about the Osaka legacy, calling it a “summit of broad, substantial success.” I agree that much post-summit commentary has been excessively pessimistic; even Osaka’s incremental and partial progress should be considered a relative success, especially in a difficult global political and economic context. The G20 might be in a kind of ‘holding pattern’ but it still serves a crucial purpose as a crisis committee-in-waiting, and remains a key global governance hub for a broad range of policy issues.

The Trump–Xi bilateral truce in Osaka might, eventually, help to resolve the China–U.S. trade dispute. It was positive that they committed to re-open bilateral trade negotiations and a moratorium on new tariffs. President Trump’s pre-summit Twitter-trolling of India’s Prime Minister Narendra Modi, over tariffs, indicated the Trump Administration’s serial trade disputes would continue, even if China were no longer a target. The free trade agreement between the European Union and Mercosur underscores strategic flaws in the aggressive American trade diplomacy, leading others to advance trade liberalization without the U.S. It is also interesting that the European Union and Japan similarly announced their free trade agreement at the Hamburg G20 Summit, further indicating the usefulness of the G20 as a forum for finalizing and announcing such deals.

The creation of the Comprehensive and Progressive Agreement for Trans-Pacific Partnership, after President Trump withdrew from the Trans-Pacific Partnership in 2017, arguably set a new model for regional and inter- or ‘mega-’ regional trade liberalization. This could leave American exporters increasingly marginalized, as the European Union, the Japanese, and others fill the U.S. leadership void on international trade. The Trump Administration’s willingness to damage the World Trade Organization might increase the significance of regional and mega-regional arrangements, from which the current US Administration are intentionally excluding the United States.

The Japan G20 Presidency should be assessed mainly on how G20 policy cooperation progressed, which the leaders’ declaration helps to indicate. There was incremental progress on some important policy issues, which should be considered gains from the summit, even if only in terms of facilitating further cooperation. These useful agreements included an encouraging section on “women’s empowerment”, supported by an annex document, with commitments echoing aspects of the Civil 20, Labor 20, Think 20, Women 20, and Youth 20 joint statements on eliminating gaps in labour market participation and eliminating violence and harassment in the world of work. This should be perceived, by the official engagement groups, as at least a partial success. There remains much to be done in terms of progressing on policy implementation, but the inclusion of gender equality and other important issues on the G20 agenda at least provides a ‘constructed focal point’ for discussion and civil society advocacy. Many participants in the engagement groups might be disappointed not to be mentioned anywhere in the leaders’ declaration, unlike in previous summit communiqués.

Policy advances were further achieved with the consensus to seek a fairer approach to taxing giant tech firms in 2020, based on the location of value-creation;

These indicate promises and, in some cases, plans for implementation, reinforced through multilateral cooperation at the G20 Osaka Summit. G20 cooperation on these policy issues enhances global governance in general, facilitating the integration and interactions between global governance networks and augmenting diplomatic relations.

Some commentators argue that G20 summits have become overshadowed by bilateralism and pull-aside meetings. This might be a temporary concern, especially due to the fast-approaching 2020 U.S. presidential election. In any case, bilateral diplomacy is not necessarily a problem for the G20, so long as it does not diminish prospects for multilateral cooperation. The G20 will likely continue to be a crucial hub of global governance cooperation, so the G20 Osaka Summit could have more enduring effects than the Kim–Trump reunion, but with fewer Headlines. 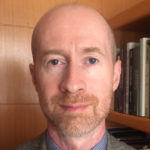