In order to reach the Sustainable Development Goals (SDGs), enormous amounts of investments are needed in areas like health, education, infrastructure, and the adaptation to climate change. To harness the advantages of foreign direct investment (FDI), it is critical that governments have policies and regulations in place that do not only help to attract and retain FDI but also enhance its contribution to sustainable development. In this context, discussions about the establishment of an international framework for investment facilitation have intensified in recent years.

Put simply, investment facilitation is about creating a predictable, transparent and efficient investment environment for foreign and domestic investors. Therefore, changes need to take place primarily on the national level. For decades, international organizations and bilateral donors have been supporting developing countries in implementing investment policy reforms. Many of the policy prescriptions are well-known, too, so what’s new about the discussion on investment facilitation?

As we argue in a recent paper, the new aspect is that a group of developing and emerging countries are driving a policy process aiming at establishing an international framework for investment facilitation.

International rules for investment facilitation are rare. International Investment Agreements (IIAs), formulated and promoted mainly by developed countries, have been the backbone of the investment regime for the past 60 years and typically do not cover provisions that aim at facilitating investments. Instead, they rely on rules on better market access and higher investment protection, backed up by investor-state dispute settlement (ISDS), to promote FDI. Academic research about the effects of IIAs on FDI is inconclusive.

IIAs are typically unbalanced, as they impose binding and enforceable rules on host states while demanding little to no responsibilities from foreign investors. In contrast, non-compliance or misconduct on the side of the host country can become excessively costly. To date, more than a thousand ISDS cases have been filed against host states, most often by investors from developed countries. These cases can be costly for host states. For example, Venezuela had to pay 1.2 billion USD to Crystallex, a Canadian corporation engaged in gold mining and exploration.

A few countries, however, have departed from the traditions of the international investment regime as laid down in the treaties designed by developed countries. Brazil’s Cooperation and Investment Facilitation Agreements (CIFAs) illustrate a novel approach to international investment rule-making. As their name suggests, CIFAs focus on investment facilitating measures. They promote continued communication between host state and investor (e.g. by the establishment of contact points and ombudspersons), dispute prevention mechanisms, and state-to-state arbitration as a last resort. Brazil’s CIFAs, therefore, focus more on process and working on the basis of mutual trust in contrast to the policy prescriptions favoured by developed countries’ IIAs.

Structured Discussions in the WTO

The interesting aspect is that countries like Brazil, but also China and other emerging countries such as Columbia, are advancing discussions on investment facilitation within the WTO. To trade and investment watchers this is an astonishing development, as international investment rule-making in the past has been promoted by developed countries – for example, in the context of the negotiations on a Multilateral Investment Agreement (MAI) in the Organization for Economic Co-operation and Development (OECD) during the 1990s – while developing countries have ever fiercely opposed such initiatives. Remember 2003 when developing countries walked out of the room at the WTO ministerial conference in Cancun in protest against the so called Singapore Issues that included investment?

Times have changed! In the run-up to the WTO Ministerial Conference in Buenos Aires in December 2017, a handful of mainly middle-income countries put forward proposals on investment facilitation. Although the Ministerial Conference in Buenos Aires failed to reach a consensus, a group of 70 WTO members, including both developed and developing countries, signed a Joint Ministerial Statement calling for the start of “structured discussions with the aim of developing a multilateral framework on investment facilitation”. Among the 70 signatories of the Joint Ministerial Statement, 60% represent high income countries, 33% are middle income countries, and 7% are low income countries (see map). Together they account for 62% of the global inward FDI stock and 67% of the global outward FDI stock. However, only five African countries have signed the Joint Ministerial Statement. Other important non-participants from the developing world are India, Turkey, South Africa, and the South East Asian economies Indonesia, Thailand, Vietnam, and Philippines. Overall, the US constitutes the largest non-participant accounting for 24% of the inward and outward FDI. It is most striking, however, that the bulk of non-signatories are less and least developed countries. Paradoxically, those are the countries that could benefit the most from an international investment facilitation framework. 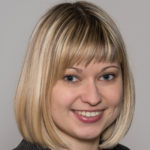 Sebastian Gsell is a Masters Student in Economics at the University of Bonn.