Global Innovation System Design: The G20 as a knowledge catalyst

The evolutionary approach highlights education and innovation as a central means of welfare and growth. The transformation of the productive sphere and the development of society are depended upon knowledge generation and learning. An effective innovation system, which enhances knowledge generation and learning through increasing the interaction among the actors, provides a favorable environment in this regard. That is valid at the global level as well.

A global innovation system (GIS), which we define as a globally governed network of collaborative relations between different actors in updating knowledge base, may promote the generation and diffusion of relevant knowledge to enhance welfare and growth at the global level. In this way, we could systematically develop solutions for the existing and emerging global challenges from climate change to global inequality.

We argue that creating a GIS is possible via the transformation of the existing socio-technical system. In this, the G20 countries are argued to be the most fitted actors to design and govern a GIS not just because of their economic and social influence but also of their scientific and technological competence. We also identified three starting intermingled postulates for the design of GIS, namely openness, bottom-up decision-making mechanism, and consensus-building approach.

First of all, an attempt to create a GIS necessitates a new design of global knowledge pipelines and local buzz in a more densely manner via policy intervention at the global level. The knowledge flows among countries through all kinds of channels (such as scientific publications and patents, scientific and technological partnerships, mobility in higher education, and international trade) needs to be promoted. The G20 appears as the most fitted actor in that purpose since both scientific and technological activities and international trade and cross-border investments around the world are mainly driven and realized by G20 countries.

However, data shows that trade and foreign direct investment (FDI) largely remain as intra-group transactions. That applies to scientific and technologic activities, too. Both academic and industrial knowledge generated by G20 economies mainly circulate within the group. A well-functioned and successful innovation system, which promotes the diffusion of knowledge (particularly from developed economies to less developed ones), is only possible with openness, that makes an ever-increasing update of the knowledge base possible.

Governance of a GIS

For the second and third postulates, the European Union’s (EU) efforts through its framework programmes for research and innovation set a good case. The framework programmes aim to help “tackling societal challenges” through enhancing collaboration and cooperation, in addition to its emphasis on “excellent science and industrial leadership”. The proposed design of the next research and innovation framework programme (Horizon Europe), which pursues a mission-oriented policy approach, may make the pavement for organizing a collaborative effort for innovation policies to mitigate global challenges. Due to its members’ socio-economic influence and scientific and technological competence, the G20 can be a suitable catalyst for designing such a collaborative framework at the global level.

An effective GIS should include actors from other countries including LDCs and connect them to the global knowledge and innovation pipelines, in addition to those in G20 economies. The governance mechanism should also be inclusive and based on a bottom-up approach. The United Nations’ (UN) agencies and affiliated organizations (such as Technology Bank for LDCs) may facilitate the interaction between the G20 and other economies. That would also help in prioritizing the challenges and building consensus on policy tools through linking GIS with Sustainable Development Goals.

The Creation of GIS

Interaction within GIS will enhance the innovative performance of the actors and increase the welfare of humanity. The challenge here is to create a governance mechanism to increase the supply of global public goods. Such a governance structure would construct a more level playing field for all involved actors and could also be used to mitigate trade disputes and reduce overcapacities while speeding up policy learning and transition dynamics in various parts of the world by G20 labeled as innovation elites.

The promotion of GIS needs a more systemic approach. The major problem in this process is the existence of complex spaces in which global innovation networks and national systems are complicated to govern. The EU’s experience may provide valuable insights into the creation of GIS. The global attempt to construct a GIS can be shaped through the seven pillars of the Global Innovation Index: institutions, human capital and research, infrastructure, market sophistication, business sophistication, knowledge and technology outputs, and creative outputs.

Establishing a fund to support studies of GIS is the first step. Then, working and steering committees should be formed in order to conduct studies of GIS. As indicated, Sustainable Development Goals may help the process of prioritization for global socio-economic challenges. The formation of expert panels toward policy making for prioritized problems to determine policy aims, recommendations and tools is the next step. A collaborative project financing mechanism should be designed to carry the determined policies into effect and conduct projects.

Constructing an effective GIS which is built upon a participatory bottom-up decision-making process and based on the consensus-building approach rather than conflict resolution is not an easy task. However, the creation and governance of a GIS are possible through the transformation of the existing global socio-technical system with small starting steps and well-defined mechanisms as summarized in the previous paragraph. Considering the existing challenges, such an approach needs urgent action. 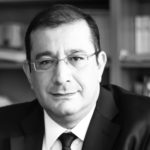 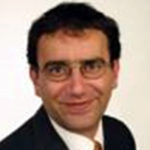 Dirk Meissner is Deputy Head of the Laboratory for Science and Technology Studies at Higher School of Economics (HSE), Moscow and Academic Director of the Master Program “Governance of Science, Technology and Innovation”. 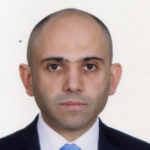