The G20 after Buenos Aires: Continuity and discontinuity

Positive comments on the G20 summit in Buenos Aires, held on 30 November and 1 December 2018, mostly point to the instances where leaders have reaffirmed positions taken in earlier meetings. But critics underline how little, in their view, this summit has added in substance. They obviously use different standards. This piece takes a systematic look at the roles of continuity and discontinuity in the G20 process, as it presents itself after Buenos Aires. It tries to explain why there is demand for continuity in the G20’s work and describes circumstances under which continuity might still break down.

A comparison of selected G20 texts shows some examples of continuity and discontinuity on the way from last year’s G20 summit in Hamburg to the Buenos Aires summit. Reflections on the extent as well as the limits of the G20’s power to solve problems follow. The piece offers a rough framework to approach questions of G20 effectiveness and closes with some ideas on the way forward.

Ensuring continuity matters mostly for reasons outside the G20, there are strong expectations that leaders stand by their previous commitments and even develop them further. This has to do with the G20’s traditional role as an anchor of global economic governance. With rising uncertainty, the group should not be seen as backtracking from agreements economic actors (banks, exporters and importers, regulators in non-G20 countries) depend upon. As countries change their policies, G20 summit language serves as a snapshot showing where there is still consensus and which member disagrees. So there is pressure on all to stay the course.

The 2030 Agenda for Sustainable Development is another driver of continuity. Here, the G20 have made a commitment supporting the implementation of the 2030 Agenda they can only live up to by staying engaged. “Further aligning” all G20 policies with the 2030 Agenda cannot be outsourced to an international organization. It requires the G20 itself to shift towards a more holistic way of working. Given that the 2030 Agenda sets out a long term global path for sustainable development, the shift within the G20 also has to be permanent.

Apart from the G20’s role in the global context, continuity has internal reasons. G20 ministers with responsibilities ranging from trade and investment to health and education find value in ongoing issue specific cooperation within their respective portfolio, most prominently in the finance track, witness the G20 finance ministers’ work on the international tax agenda. A long term cycle of G20 engagement can also be used to showcase an item and raise its political profile. Germany’s G20 presidency in 2017 used this potential in order to highlight global health issues. The interest of former G20 presidencies in keeping the outcomes of the summit they hosted on the agenda inevitably plays a role.

Discontinuity in the G20 – bug or feature?

But discontinuity is also built into the G20 ever since it was established as a leaders group. Its agenda is neither constrained by an institutional mandate nor does it stop at the limits of any ministerial portfolio. Every presidency uses this discretion to raise its profile and pursue its priorities. Just following up on what previous presidencies have introduced will not serve that purpose. This is why the G20 has a new agenda every year. However, to the extent priorities set at an earlier time call for ongoing further steps, active G20 commitments accumulate. The 2017 Hamburg Update compiling G20 actions that contribute to the 2030 Agenda, features 123 items. The 2018 Buenos Aires Update adds 48 more. With this range, it is difficult to expect that leaders’ support is equally robust on every commitment. There may be cases where consensus only means that members have accepted the incumbent presidency’s language, acknowledging a common goal or just as part of a bargain. Not every G20 commitment is necessarily the product of an active, detailed and positive meeting of minds

among all G20 leaders. If conditions for a robust consensus are not met, members may always accept different language proposed by a new presidency. Discontinuity will in fact occur if expectations of continuity do not prevail.

Countries can change their policies. But they cannot entirely get rid of their interdependence with the outside world. Development economics has long tried to capture this tension through the notion of policy space. Today the question is how to reconcile G20 members’ policy space with the group’s capacity for effective collective action. It is a hard question because domestic politics in many G20 countries have not always caught up with the rising levels of global interdependence. Continuity and discontinuity in the G20 is an exact measure of whether this accommodation still works.

Public attention is naturally drawn to the instances where language in the Buenos Aires communiqué substantially differs from its predecessor in Hamburg. Most important are probably the changes in wording on multilateralism and trade. Having underlined “the crucial role of the rules based international trading system” in Hamburg (para. 4), leaders could only bring themselves to “recognize the contribution that the multilateral trading system has made” in Buenos Aires (para. 27), although their Finance Ministers had “reaffirmed” Hamburg language on trade in March and July, and Agriculture Ministers still recognized “the importance of an open and transparent multilateral trade system, based on rules as agreed by WTO members” (para. 23) only four months before the summit in Argentina.

Also, the Hamburg concession “that the benefits of international trade have not been shared widely enough” (para. 3) has turned into a reproach of the system “currently falling short of its objectives” (para. 27). The call for WTO reform, while preserving its substance, has become markedly sharper in tone, from “we will cooperate to … improve … functions” (para. 4) in Hamburg to “We … support the necessary reform” (para. 27) in Buenos Aires. Perhaps most importantly, the traditional G20 pledge against protectionism, balanced in Hamburg with a recognition of legitimate trade defense (para. 2), has now fallen away.

But there are important elements of continuity as well. In Buenos Aires leaders have again confirmed the commitment to “refrain from competitive devaluations” and to not “target our exchange rates for competitive purposes” (para. 4). In addition they agree that “an open and resilient financial system, grounded in agreed international standards, is crucial to support sustainable growth” (para 25). It is perhaps no coincidence that those stable parts of G20 language both originate in the finance track. This may have to do with the high frequency of meetings and the largely technical nature of the issues in the finance track.

Why did continuity break down on trade? After all the G20 is positioned to manage global economic conflicts and mobilize collective action, even if member counties’ policies change. But some policy changes go deeper than others. The strongest G20 member has now begun to question the incumbent order, putting in doubt either the current rules of the game or the very merits of multilateral cooperation. Its preferred remedies are terminating agreements or pressing for reform, “exit” and “voice” in Albert O. Hirschman’s terminology. Those remedies change the environment of cooperation. Power that was somewhat inconspicuous as long as it was used to work with others, is there for all to see once cooperation stops. Its use is now either to try for self-sufficiency or to force a change in the rules of the game. Either way, cooperation is reduced.

The G20 can solve a problem if all of its members largely agree on what the problem is, witness its management of the 2008 crisis. If there is disagreement on the effects of global interdependence or the merits of the way they have been managed so far, this amounts to fundamentally different perceptions of the problem. For the G20 to operate on it, perceptions will first have to converge. Meanwhile the group will mostly be silent or evasive on the sensitive issues and refrain from shaming a member.

All this might explain why Buenos Aires was widely seen as an occasion for bilateral meetings. With power relationships starkly exposed and collective action partly blocked, it was in fact leaders dealing with each other. But this is definitely not the whole story. The Buenos Aires outcome still features strong elements of collective continuity, from the G20 Partnership with Africa to Health and Food Security.

G20 language is always drawn in two opposite directions: It has to be ambitious or at least continuous, in order to anchor expectations as to the G20’s role, if only to show that there is a working cooperation structure in place when the next crisis strikes. But it must also fit with the G20’s actual behavior, in order to remain credible. From this angle, the G20’s new silence on protectionism might be seen as a due correction, adjusting language to long standing bad behavior.

There is probably a connection between unsolved social issues within countries and waning support for multilateral solutions by those countries. There is also a growing consensus that multilateral collective action can be strengthened if generally social and distributional issues are better addressed. This normally leads to calls for the multilateral system itself to take more distributional goals on board. Inequality for instance is an emerging issue on G7 and G20 agendas. While multilateral groups and institutions certainly have to contribute to an enabling environment for the fight against inequality, they cannot substitute for national governments when it comes to distribution goals at the domestic level. Problems at home should not be offloaded to multilaterals on a wholesale basis. If a country wants the G20 to deliver in terms of its own national interest, it will take responsibility for the G20 and its ability to function. Just blaming the global order for problems you could solve yourself may be good politics. But it will not produce results. The question for the G20 now is whether they can agree on an achievable new state of affairs or whether conflict prevails.

This text reflects the author’s personal views only. By no means does it indicate the official positions of Germany’s Federal Government. 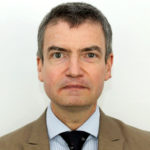 Roger A. Fischer is Head of the G7/G20 Division in Germany’s Federal Ministry for Economic Cooperation and Development.