If global leaders are running an iron-man race to achieve their national and collective commitments to the Paris Agreement, the G7 meeting of leaders in Charlevoix will be an uphill section of an already grueling course. Expect G7 leaders to reach for aluminium – not plastic – water bottles to quench their thirst during this difficult stretch of the race. Light aluminium water bottles will be heavy with meaning, as G6 leaders consider if they want to limit their ambition to facilitate a G7 consensus on protecting oceans and reducing plastics pollution, or draw the line – acknowledging that action on climate change cannot wait for the next US presidency – and show leadership by issuing an ambitious G6 leaders’ communiqué on climate change, oceans and clean energy.

Surprisingly well timed to deal with “surprise” agenda items ahead of the G7 Leaders’ Summit, the Finance Ministers and Central Bank Governors’ meeting occurred one week before the leaders’ meeting. The day before this meeting in Whistler, British Columbia, the United States unilaterally imposed stiff tariffs on imported aluminium and steel. Adding insult to injury, “national security” was invoked as the grounds for these tariffs against key US trading partners and security allies:  Canada, the EU and Mexico.

The response from G7 Finance Ministers and Central Bank Governors was swift and strong. From the finance ministers’ chairs’ statement, frustration with the US’s move was clear: “Concerns were expressed that the tariffs imposed by the United States on its friends and allies, on the grounds of national security, undermine open trade and confidence in the global economy. Finance Ministers and Central Bank Governors requested that the United States Secretary of the Treasury communicate their unanimous concern and disappointment.”  This part of the statement could have been issued in “all caps”.

For the growing and pressing climate change file the question is: Will this last minute “US surprise announcement” on trade be such a distraction that any outcomes on climate change, oceans and clean energy will be minimal at best?

This could certainly be the case.

But there are signs that a stronger resolve among G6 countries could emerge and this resolve might lead to an ambitious G6 communiqué grounded in the need for a just transition for workers affected by the move to a low carbon economy and decarbonization by 2050.

Signs of this possible resolve for an ambitious statement were evident in the progress made at the joint Finance and Development Ministers meeting. There, foundations were laid for advancement on climate finance under the headings Mobilizing Private Capital for Sustainable Development, Building Economic Resilience against Extreme Weather Events and Women’s Economic Empowerment. It should be noted that “climate change” was not mentioned once in the statement but there were clear references to the impact of climate change on vulnerable countries and to the need to provide disaster risk insurance, including gender responsive mechanisms for vulnerable countries including Least Developed Countries and Small Island Developing States.

Perhaps to seize on this momentum, late last week, G7 Sherpas were invited to a special meeting on climate change, to occur on the day before the G7 leaders’ meeting. Who attends the meeting of Sherpas may be informed by the US’s response to the Finance Ministers and Central Bankers statement on the US aluminum and steel tariffs.  If the US Sherpa gives the climate change meeting a miss, it could set the stage for G6 leaders to show strong leadership on climate change.

This is desperately needed.

A strong G6 statement on climate change would acknowledge that the implementation of the Paris Agreement is currently falling well short of the agreed goal of “holding the increase in the global average temperature to well below 2°C above pre-industrial levels and to pursue efforts to limit the temperature increase to 1.5°C above pre-industrial levels.”

Such a statement would reiterate the co-chairs’ statement from the Development Ministers’ meeting on climate finance through a commitment to mobilize USD $100 billion from public and private sources by 2020 and to replenish the Green Climate Fund, with a specific focus on gender-related adaptation finance to addressing climate and disaster risk amongst the world’s poor people.

To enable the alignment of public sector finance with Paris Agreement goals, G6 leaders would call upon Multilateral Development Banks and other financial institutions to incorporate Paris- aligned climate scenarios into all policy frameworks and transition pathways including for sustainable infrastructure.

To address the acidification of oceans due to increasing CO2 concentration, G6 leaders would call for the creation of international frameworks leveraging existing institutions to enable swift global action on oceans and the protection of the Arctic.

G6 leaders would also send a strategic signal to the G20 and commit to clear timelines to phase out fossil fuel subsidies, phase out thermal coal and implement the Kigali Amendment to the Montreal Protocol on short-lived climate pollutants like hydrofluorocarbons.

Finally, G6 leaders would clearly acknowledging the responsibility to support a just transition for workers and communities affected by the transition to a low carbon economy.

Ironically, the planning of the G7 leaders’ meeting in Charlevoix – including the focus on oceans and plastics – reflected the G7 presidency’s commitment to maintaining “space for G7 consensus”, specifically including the US.

The timing, target and scale of steel and aluminium tariffs have curtailed the opportunity for the US to be a fully engaged G7 participant fostering circular economy solutions to plastic and marine litter.

As a consequence, we may look back on June 1st – the day that the US imposed tariffs on steel and aluminium – as the day the G6 realized that on climate, unanimity is not possible.

If you prepare a special meal to welcome a friend, only to have that friend criticize table setting, it may be time to stop trying to please them, at least for a while. 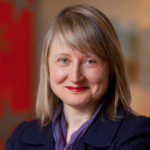 Céline Bak is the Founder and President of Analytica Advisors, a consulting firm focusing on research and consulting for private and public sector leaders.