The Pakistani-German relationship on international cooperation: Prospects for the 2030 Agenda This is also a clear message in the 2030 Agenda that accomplishing the multifaceted Sustainable Development Goals (SDGs) in developing countries requires financing beyond current aid levels. Therefore, for Pakistan to show real progress towards the SDGs, along with development cooperation, increased trade with and investment from Germany are of paramount significance.

Germany has been an important development partner of Pakistan for decades now. Starting in 1961, Germany has financed development projects worth over EUR 2.5 billion in Pakistan. The main goal of Germany’s development cooperation is to see a stable and prosperous Pakistan playing a constructive role in the region. In alignment with Pakistan’s priority areas, Germany has funded interventions in key sectors including sustainable economic development (education, health and vocational training), good governance (improving tax revenue) and energy (renewables and energy efficiency).

Also, Germany’s role was commendable during times of humanitarian crises, including the 2005 earthquake and the 2010 floods. Germany has always been at the forefront of supporting Pakistan in providing better health and education services to its citizens. A very positive aspect of this development partnership is that unlike partnerships with some other Western donors that have been influenced by geo-politics, German-Pakistani cooperation has mostly remained smooth. Owing to this, Germany is viewed quite positively in Pakistan and its developmental role in different spheres is highly commended.

Opportunities for increased trade and investment

There is a significant potential to increase trade and investment. Like the development partnership between the two countries, Germany is an important trade partner for Pakistan. In 2016, the total volume of mutual trade was EUR 2.6 billion. Exports to Pakistan stood at EUR 1.1 billion and imports from Pakistan were EUR 1.5 billion. Pakistan’s principal exports to Germany are textiles, leather goods, sports goods, footwear and medical instruments. Pakistan’s main imports from Germany are machinery, chemical products, electrical goods, motor vehicles and iron, steel and metal products.

Investments are also a critical area of Pakistan-Germany relations. Pakistan has been facing an energy crisis for several years that has affected the country’s economic de­vel­op­ment. Germany’s support and investment in the energy sector, particularly in ex­panding the use of re­new­ables in or­der to re­duce de­pen­dence on im­ported oil, could play a significant role in Pakistan overcoming its energy crisis.

At present, several major German companies are investing in Pakistan, including Linde, BASF, Bayer, Merck, Hoechst, Siemens and METRO. Last year, the German Pakistan Chamber of Commerce and Industry (GPCCI) was inaugurated. It is the first European chamber in Pakistan and aims to further expand trade and investment relations between Germany and Pakistan. GPCCI is expected to play an active role in connecting and engaging with businesses from both countries that will eventually foster economic progress.

It has been rightly stated that investments and business opportunities bring more “jobs, infrastructure, innovation and social services” (OECD, 2016, p. 17). They also lead to “larger tax revenues and more income for households who in turn will spend more on health and education” (Kharas, Prizzon, & Rogerson, 2014, p. 18). Thus, increasing trade and investment will bring many benefits to both countries and would lead to economic development and prosperity.

A favourable environment for a development partnership

While the overall German-Pakistani development cooperation relationship, as well as trade and investment ties, are decades old and quite strong, it is high time to further expand the relationship. The 2030 Agenda demands a reinvigorated and multidimensional development partnership for achieving the SDGs. For attracting external financing, a conducive domestic environment is vital as “investors want to invest not just in good projects, but also with “good” partners in “good” countries with “good” policies” (OECD, 2016, p. 61).  Hence, for maximizing the effectiveness of development cooperation and for attracting more investment, it is exceedingly important that there is supremacy of the rule of law and good governance.

Pakistan has made concerted efforts to nurture an environment that is conducive for business and investment. Pakistan Vision 2025 has emphasized that: “increased investment, growth and economic revival are impossible without peace and security” (Government of Pakistan, 2014, p. 29). After implementing the 20-point National Action Plan, the government intensified military offensives against terrorists and largely succeeded in improving law and order and the security situation. Consequently, the country witnessed a sharp decline (48 per cent) in terrorist attacks from 2014 to 2015, and the situation improved further in 2016 with a reported reduction of 28 per cent (Pakistan Institute for Peace Studies, 2017).

Similarly, regarding good governance and reducing incidences of corruption, Pakistan’s score on Corruption Perception Index (CPI) has improved five points over the last four years, and crossed the threshold of 30 in 2016 for the first time (Transparency International, 2017). Since 2013-14, the economy has experienced a smooth upward trend in the growth rate, reaching 5.28 percent in 2016-17, the highest growth in 10 years (Government of Pakistan, 2017). In view of this, it is fair to suggest that the overall law and order and governance environment is quite favourable for more trade and Investment.

Pak­istan has significant economic po­ten­tial. It has a favourable ge­o­graph­i­cal lo­ca­tion at the crossing point of three regions: South Asia, Central Asia and the Middle East. With over 200 million people, Pak­istan is the sixth largest country in the world and therefore a huge market for trade and investment. About 35 per cent of the pop­u­la­tion is un­der the age of 15. With a young pop­ulation, a rapidly grow­ing mid­dle-class, considerable natural and human re­sources and low labour costs, the country could fare much better with more trade and investment opportunities.

Also, Pakistan is one of the key countries in China’s grand Belt and Road Initiative (BRI) where the latter has been implementing the China-Pakistan Economic Corridor (CPEC): a collection of numerous projects aimed at developing energy, industry and communication infrastructure costing USD 57 billion. This offers a unique opportunity to engage diverse actors via enhanced bilateral as well as triangular international cooperation.

As mentioned above, many Ger­man com­pa­nies are already operating in Pakistan and there are opportunities for further investment and participation. The German-Pakistani development partnership could play a more prominent role if Germany allocates part of its aid efforts, whether financial, technical or in the form of transfer of technology, to this initiative. Creating employment opportunities, access to better health, education, infrastructure, and energy will lead to economic development and will certainly contribute to long-term peace and stability, one of the key objectives of Germany’s development cooperation with Pakistan. 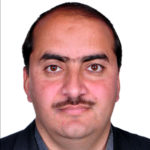