Falling growth rates may have put a damper on Africa’s renaissance, but they have not robbed its countries’ leaders of their confidence or vision for the future. This vision sees less reliance on outside assistance and greater interest on the part of investors in fast growing and largely untapped future markets.

Considered by many African governments as the continent’s own bank, the African Development Bank (AfDB) has been stepping up its efforts for around ten years now to work with the private sector to mobilise investors and capital for Africa and to boost local economic activity. Consequently, AfDB President Adesina, speaking at the opening of the bank’s Annual Meetings in Ahmenabad, India in late May 2017, summed up this vision as follows: “Our job as Africa’s Bank is to bank on Africa’s future”.

While the AfDB may form part of the external aid system, it fits the image of a continent which is giving consideration to its own strengths and taking on responsibility. Not least, it carries out sound and professional work and its AAA rating enables it to borrow money on the capital market at conditions similar to those enjoyed, for example, by the World Bank, and to do so under more difficult general conditions (complicated risk structure due to a large number of low-income and fragile states, high demand for concessional funds, and limited opportunities for risk sharing). And this may be due precisely to the fact that Africa has the majority and that regional and non-regional shareholders enjoy permanent representation on its board. While the bank, like the continent, has also been through periods of crisis, it restructured itself at the end of the 1990s and the beginning of the new millennium, something which is even more impressive when one considers the general conditions it faced. But this is, of course, precisely the environment in which an African development bank belongs and this situation alone gives it an advantage when it comes to legitimacy and taking responsibility.

Germany’s growing role in the bank

Germany has been a reliable partner to the bank in its cooperation activities from the outset. In times of increasing uncertainty and change in the global economy, there are growing expectations for the Federal Republic to assume a greater role. The German G20 Presidency’s focus on Africa, the German Federal Ministry of Finance’s investment partnerships with Africa, and the German Federal Ministry for Economic Cooperation and Development’s measures under the Marshall Plan with Africa have seen Germany begin to meet these expectations to a greater extent. The central feature in this context should be the stated ambition of dialogue with Africa, respect for the continent taking responsibility for its own development and efforts to encourage it to provide accountability for doing so. The AfDB’s ten-year strategy, based on the two pillars of inclusive and green growth, and its continued emphasis on its High 5 priorities of energy, agriculture, industrialisation, regional integration and quality of life provide it with a good strategic framework oriented towards the SDGs and Agenda 2063, as well as numerous overlaps with Germany’s priorities for Africa. As such, the AfDB is more organisationally focused than many other development banks, though it will need to maintain this focus during implementation of its activities.

Germany should step up its efforts to support the institutions that have implementation capacity and legitimacy in an African context. Accordingly, it was important for Germany to significantly increase its contribution during negotiations on restocking the African Development Fund (ADF), even though other donors were unfortunately unable to do the same in 2016. It would not take long to convince the AfDB of the need to do more to mobilise the private sector for development activities in poorer African states too. These states need functioning local finance markets capable of providing local-currency loans to local small and medium-sized enterprises. And this will only be possible with subsidies and risk capital from the ADF. Clearly, however, conducting serious dialogue with Africa and the AfDB is not always easy for Germany either (for example, discussion about support for fossil-fuel-based energy production in the face of mass shortages), but it is indispensable if the continent is to be convinced of the need to adopt a climate-friendly approach in this area.

Nonetheless, the ADF and private sector finance are not enough in and of themselves. Germany should assist the bank with making greater use of cooperation and co-financing arrangements. Despite significant increases, the AfDB still has significantly less funding than the World Bank in Africa. This situation should change in the medium to long term, not least as a result of greater division of labour between multilateral development banks, for example, when it comes to promoting global and regional public goods (including improvements to general conditions at international level), encouraging regional cooperation and integration (for which the AfDB has effective instruments at its disposal) and supporting fragile and post-conflict states. Steps for mutual accreditation and use of procedures (tendering processes, standards, reporting systems etc.) among development financiers are overdue. While the AfDB will never be able to match the World Bank in terms of knowledge products and analytical expertise, specific demand from African governments for the AfDB’s own knowledge products and capacity-development services will continue to grow. Ultimately, more AfDB resources should be used to catalyse the mobilisation of private capital and investment in Africa’s development without allowing the ADF and key areas of work such as education to become neglected. This will also continue to require subsidies and risk funding, a better understanding of opportunity and risk, and suitable vehicles and instruments. 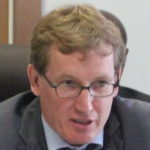